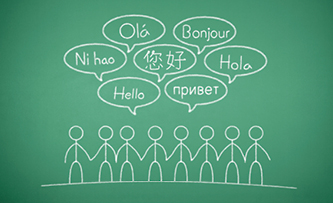 :dropcap_open:W:dropcap_close:hen I was first asked to write an article about the words adjustment and manipulation, a flurry of thoughts and emotions hit me…not the least of which was the question, “Aren’t we over this yet?”  But after thinking about it for a few weeks I’ve come to the realization that we will never really get beyond this quagmire any time soon.  Essentially this is because these words define us in a way that helps create our professional identity and distinguishes us (for better or worse) from the rest of the manipulative professions.  So, relative to the future of our profession, there is no question that language matters because in order to communicate with our patients, amongst ourselves, with other professions and the public at large, words are the basis for all understanding.  Personally I am convinced that given who we are as a profession, the words unique to our profession like adjustment and subluxation will not go away within the foreseeable future.  Given that, I think the more important questions are, “What do these words mean?” and “How can we use them to advance the profession?”

The Clarity of Definitions

As a teacher to new members to our profession, I firmly believe it’s necessary to learn our lexicon.  This is important not only for historical reasons, but also to understand the present and future debates regarding chiropractic and, more importantly, to add to and access the scientific literature and improve patient care. But in order to debate or utilize published evidence, we must be clear and consistent with the words we use. To my knowledge the most comprehensive work to date on establishing consensus in our profession regarding our terminology was done by Gatterman and Hansen in 1994 (1).  In the heroic attempt to bring some order to the chaos, they organized and reported on the work of an international Delphi panel, whereby these leaders offered their conclusions about the various words and definitions we commonly use.  I would suggest that as a profession we continue to use the definitions that were crafted at that time until a similar process is undertaken to update them.  As such, an adjustment is defined as “ANY (emphasis added) chiropractic therapeutic procedure that utilizes controlled force, leverage, direction, amplitude, and velocity which is directed at specific joints or anatomical regions.  Chiropractors commonly use such procedures to influence joint and neurophysiological function.”

As I see it, there are both strengths and weaknesses in this definition.  The strengths include the fact there was 87% agreement by the panel members to adopt this definition and that it is inclusive of the myriad of the subluxation/joint dysfunction interventions that we use, including high velocity, low amplitude (HVLA) manual thrust procedures, instrument-assisted thrust procedures, pelvic blocking, and even flexion-distraction procedures.  I personally like it because when someone tells me she had an adjustment, I immediately know she knows something about what we do and has probably visited a chiropractor.  I also like it because it implies that there is a high level of precision involved when giving an adjustment.  I believe this is an important distinction relative to other manipulative professions which can be used to our advantage when we explain our different types of adjustments.   Of course the major weakness is that it is so broad and vague that it is useless as a word when performing research investigations, having meaningful intraprofessional or interprofessional dialogue, or crafting legislative or public policies or practice guidelines.

As for manipulation, the Gatterman and Hansen definition is “a manual procedure that involves a directed contact to move a joint past the physiological range of motion, without exceeding the anatomical limit.” The strength in this definition is that it had 91% agreement among panel members and is relatively specific.  For example, manipulation is distinguished from mobilization and other manual therapy procedures.  It is highly useful as the basis for a research investigation even though often there must be further refinement of the term; as a literature search term it is far more useful than the word adjustment.  Certainly as we integrate ourselves further into mainstream health care systems, it is the word that is best understood.  It is the word typically used to describe the commonly used hands-on HVLA thrust procedure and there is no particular benefit to not using it.  Indeed, we have used it to our great advantage when other professions have published favorable trials on neck pain, back pain or headaches (among other things) and used manipulation as one of the interventions.  As an example, the recently published UK Evidence Report was a review on randomized controlled trials on conditions which were treated by manipulation (not adjustment), many of which were performed by non-DCs (2).   This document is extremely useful in evidencing at least some of what we do to those outside of the profession and clearly advances our cause to support and increase the utilization of our services.

In conclusion, I will close with this thought regarding what words we use: follow the money.  As we better define ourselves and our procedures and truly determine which of those are most safe and effective, I am convinced we will separate ourselves from the pack and this will help us flourish.  This belief begins with the fact we are the most educated users of manipulation and other forms of adjustments in the US (and probably the world).  As one compares the curricula of competing professions, especially the hours of study, this becomes very clear (3, 4, 5).  If we were to do direct comparisons of DC, PT and DO manipulations and other procedures we could evidence this.  But where is the money to do such things?  The federal government is one source.  The National Institutes of Health now provide approximately 100 million dollars per year to fund such research through their National Center for Complementary and Alternative Medicine (6).  All we need to do is access this money by writing high-quality grant proposals. The good news is we already have had a number of projects funded, which suggests that the interest is there and the internal expertise exists.  We just need to take more advantage of our knowledge by being very clear and consistent with the words we choose.  Language matters, especially when money is involved!

Christopher Good, DC, MA(Ed) is a Professor of Clinical Sciences at the University of Bridgeport College of Chiropractic.  He teaches courses in clinical biomechanics and chiropractic technique, extremities technique, and chiropractic principles and practice. He can be reached at [email protected]