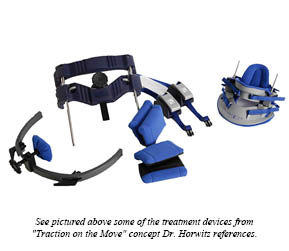 Dr. Horwitz was selected by the United States Olympic Committee as the sole chiropractor on the sports medicine staff of the 1996 Olympic Team and in that same year was appointed by the Governor to the Maryland Advisory Council on Physical Fitness. He served as the Chairman from 2002 to 2004. Dr. Horwitz was elected as the Maryland State Director for the National Strength and Conditioning Association from 2004 – 2010.
After 26 years of chiropractic service, Dr. Steven Horwitz’s focus is on sports injury prevention with a special interest in young athletes. “Working with young athletes I see that coaches can offer specific sport-related skills. But every athlete, with the possible exception of swimmers, uses the same skill set: two or three steps forward, backward, to the left, to the right, stopping, jumping, landing, changing direction. I really enjoy working with young athletes to help them learn movement skills which will not only allow them to excel at their chosen sport, but to develop movement patterns and muscle memory which will serve them throughout their life.”
“A good analogy for the importance of proper athletic technique,” Dr. Horwitz goes on to explain, “is having your tires properly balanced on your car. Properly balanced tires allow the car to be driven faster, prevent uneven tire wear, permit the slowest rate of tread wear possible, and provide the greatest protection against blowout. The same goes for proper exercise technique and the human musculoskeletal system (bones, joints, muscles, ligaments and tendons).”
TAC: What has really impacted your growth as a chiropractor and that of your practice?
Dr. Steven Horwitz: My mentors, Dr. Jack Kahn and Dr. Charlie Miller, really shaped my career. They were amazing chiropractors! The Olympics certainly taught me how much athletes appreciate chiropractic care. Continuing to learn is critical. One cannot rest on one’s laurels if you want to succeed in this field.
TAC: What inspired you to become a chiropractor?
SH: I consulted with my parents when I was in college about what to do with my life. They had a revolutionary idea—they went to the library and checked out a book of professions. I had always enjoyed fitness and health, but did not want to go to medical school. Not long after that conversation, I had a frustrating experience with an orthopedic surgeon when I injured my shoulder. The exam lasted two minutes and his treatment plan was aspirin. I thought there must be a better way. My father, wise and plugged in, recommended chiropractic care as a way for me to align my interests in sports with my desire to help people avoid the same kind of shallow and unhelpful clinical experience I had.
I believe a holistic approach is the key to success for athletes young and old. “The function of protecting and developing health must rank even above that of restoring it when it is impaired,” said Hippocrates. This philosophy shapes my practice. Over the years I’ve worked with elite athletes, weekend athletes, and sometimes had the privilege of watching talented, young athletes develop their athletic careers.
:dropcap_open:I believe a holistic approach is the key to success for athletes young and old.:quoteleft_close:
A few years ago a patient of mine retired from playing professional soccer. She was a perfect example of the balanced tire analogy. We met as she was finishing her college career and I would see her once every few years. Very slowly, over years of  playing, her “tires became unbalanced.” The “wear and tear” progressed gradually. When she retired, she moved back to the area and sought me out because she was in pain. Her lumbar MRI showed two severe herniations at L4-5 and L5-S1. I had been reading about the “Traction on the Move” concept and thought it might make a difference for her. I purchased a Vertetrac for the clinic with her in mind. I started her off using it on a daily basis and afterward using it in combination with the treadmill after using cold laser and performing ART to the appropriate muscles. Over several sessions of care, she improved to the point of being able to coach soccer and live pain-free. She still uses the Vertetrac periodically for maintenance and preventive care while she continues coaching and staying active. I have a few special tools in my arsenal, and the Vertetrac is one I return to often.
You can contact Dr. Horwitz at: [email protected] Visit www.DrStevenHorwitz.com or call  214-531-7939
Dr. Horwitz refers to Meditrac Products in this conversation. Website : http://meditrac.co.il