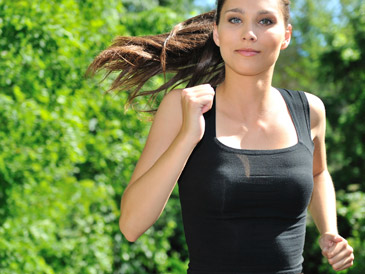 :dropcap_open:W:dropcap_close:hen you developed your yearly marketing program, you probably thought about how to attract more children or geriatric patients to your office. Have you ever considered trying to attract more athletes, especially runners? There is a large, growing population of runners that could use your expertise and care. According to Running USA’s “State of the Sport” report, from 2008 to 2009 the running population increased 18 percent to more than an estimated 35 million people. There was also a 15 percent increase in trail runners (almost 5 million people). While the overall sports industry’s growth declined or remained flat in 2009, retail sales dollars of the running/jogging category of footwear were up 5 percent (to $2.3 billion). (1)

We are great at spreading the word about chiropractic: about how healthy eating habits, regular exercise and chiropractic adjustments will help you live a healthy lifestyle. We are great at educating our patients about how subluxation complexes can lead to degeneration, restricted ranges of motion and pain, just to name a few. It is second nature to educate the patient that neurologically it is “above, down and inside out,” and biomechanically it is from the ground up. That is simple anatomy, physiology and biomechanics. But what if a runner asks you how asymmetrical biomechanics of her gait cycle can cause symptoms of low back pain, mid back pain, neck pain, plantar fascitis, chondromalasia, iliotibial band syndrome, tibial stress syndrome or greater trochanteric bursitis? Or better yet, if she has no signs or symptoms, could you tell her why she needs chiropractic care?

Let’s consider developing a wellness-based practice and the time it takes to educate a patient on the importance of wellness. Who do you think is easier to educate and take hold of the principle: the couch potato, whose life revolves around going to work, eating and watching television, or the runner who eats healthy and exercises regularly? I think the answer is quite clear – THE RUNNER. Want to attract excellent wellness patients? Attract those runners!

Mary Jane is a 38-year-old female who has changed from what she calls the “boring runs on pavement” to the unlevel, changing of surface thrill of the trails. She previously notes a history of mild tibial stress syndromes, but changing of shoes and more stretching has helped. Since switching to trail running, she has noticed an increase in her tibial stress syndrome. She again has tried several types of shoes, more stretching, and self medications with the thought process that it will go away. In addition, she gives mention to several falls from tripping over tree roots, but nothing that caused her to discontinue her running.

:dropcap_open:Or better yet, if she has no signs or symptoms, could you tell her why she needs chiropractic care?:quoteleft_close:

Since Mary Jane is a runner, we performed a video gait analysis that included walking and running. Findings from the gait analysis showed a decreased stride on the left leg compared to the right. The video analysis also pointed out excessive pronation on midstance of the gait cycle, which was more pronounced on the left. All findings are consistent with previous ones noted.

Comparing all our clinical findings, the recommendations for Mary Jane included:

Runners are a growing section of the population that could benefit from your care. They can turn to you for treatment when they are injured, or they could just be looking for help to stay healthy and fit. How do you find more runners? Contact your local running clubs and do a lecture on proper gait biomechanics. Explain how asymmetry of the normal movement patterns of the gait cycle lead to overuse injuries, resulting in subluxation complexes and the other common injuries that are experienced by runners. Reaching out to your community to help runners is one more way that you can help serve others with chiropractic.