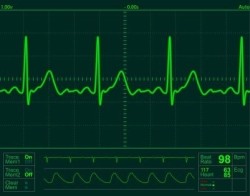 Discovered by researchers at the University of Wisconsin in 1957, Coenzyme Q10 (CoQ10), also known as ubiquinone, is a powerful antioxidant. Its name comes from the word ubiquitous, which means found everywhere. Indeed, CoQ10 is found in every cell in the body. This fat-soluble, vitamin-like enzyme is more abundant in some cells and organs than in others. It tends to congregate in the organs which need the most energy, especially the heart, brain and liver. The primary function of CoQ10 is to provide cellular energy. In each cell, there are organelles (small organ cells) known as mitochondria. Mitochondria are similar to a car’s cylinders. They allow a chain of chemical reactions to create a spark, which generates 95 percent of the body’s energy. CoQ10 is the spark that helps ignite adenosine triphosphate (ATP), the molecule that serves as the cell’s major energy source.

The body can’t manufacture CoQ10; instead, we must obtain CoQ10 from the foods we eat. Meat, dairy and certain vegetables, including spinach, and broccoli, contain the highest concentrations of CoQ10. However, obtaining adequate amounts of CoQ10 through diet alone poses a real challenge. It would take one pound of sardines, or two-and-a-half pounds of peanuts, to provide about 30mg of CoQ10. This is at the very minimum of the recommended daily allowance. In reality, the typical daily intake of CoQ10 from dietary sources is only about 3-5mg per day. This paltry amount isn’t anywhere near the level required to significantly raise blood and tissue levels.

And the fact that we tend to absorb and utilize less as we age increases the risk of developing a CoQ10 deficiency. Researchers estimate that as little as a 25 percent decline in bodily CoQ10 will initiate several disease states, including high blood pressure, heart disease, fatigue, cancer, and immune dysfunction.

What’s more, the biosynthesis of CoQ10 from the amino acid tyrosine is a complex, highly vulnerable seventeen-step process. It requires at least seven vitamins (vitamin B2, vitamin B3, vitamin B6, folic acid, vitamin B12, vitamin C, and B5) and several trace elements. Most American diets are deficient in at least one, if not all, of the cofactors for making CoQ10; seventy-one percent are deficient in vitamin B6 alone.

Dr. Karl Folkers, who has been honored with the Priestly Medal (the highest award bestowed by the American Chemical Society) for his work with CoQ10, believes that suboptimal nutrient intake in man is almost universal and these deficiencies prevent the biosynthesis of CoQ1O. He suggests that, since the average or “normal” levels of CoQ10 are really suboptimal, the very low levels observed in advanced disease states represent only the tip of a deficiency. Unless we are supplementing with CoQ10, we may be, in fact, suffering from a CoQ10 deficiency. Given the added stress posed in today’s society and the need for an ever increasing amount of antioxidants to counter this stress, could it be that many, if not all, of our chronic illnesses are due to suboptimal levels of CoQ10?

The cardiovascular system is especially vulnerable to CoQ10 deficiencies. The heart consumes huge amounts of CoQ10 initiated ATP. The muscles of the heart contract and relax some 100,000 times a day and pump blood through 60,000 miles of arteries and veins with each beat.

Dr. Folkers reports, “I believe it is quite possible that cardiovascular disease may be significantly caused by a deficiency of CoQ10. CoQ10 is known to be deficient in congestive heart failure (CHF), with the degree of deficiency in blood and cardiac tissue correlating with the severity of the CHF.”

The results of using CoQ10 in treating cardiovascular related illnesses can be quite dramatic as the studies cited in the references on page 250 illustrate.

A group of class IV (terminal) CHF patients were supplemented with CoQ10 in addition to their prescription medications. Normally, class IV patients live only a matter of days. Seventy-one percent of those taking the CoQ10 survived one year and 62 percent survived two years!

CoQ10 significantly improves diastolic and systolic pressure in essential hypertension. Studies show that taking 100-225mg of CoQ10 a day reduces blood systolic blood pressure by an average of fifteen points and diastolic pressure by ten points. And more than half of patients receiving 225mg/day were able to terminate use of from one to three antihypertensive medications.

Mitral valve prolapse is a common condition associated with a heart murmur. It is often asymptomatic but can produce chest pain, arrhythmia, or leakage of the valve, leading to congestive heart disease. One study showed that, when children with mitral valve prolapse received CoQ10 (2 mg/kg a day) for eight weeks, heart function returned to normal in seven of the eight children; none of the placebo-treated patients improved. Relapse was common among those who stopped taking the medication within twelve to seventeen months, but rarely occurred in those who took CoQ10 for nineteen months or more.

In diabetes, which has several of the same characteristics as cardiovascular disease, CoQ10 has proven itself to be a valuable therapy for restoring normal blood sugar levels. CoQ10 has been shown to lower fasting blood glucose levels by 31 percent, while destructive ketone-bodies were reduced by a whopping 51 percent.

Even the common symptom of heart disease, chest pain, is no match for CQ10 therapy. Compared to placebo, CoQ10 was shown to reduce the frequency of angina or chest pain by 53 percent.

Could it be that patients with cardiovascular-related illnesses actually accelerate their illness by taking these medications? Could the rise of statins and other popular cardio drugs, including beta-blockers, which deprive the heart of CoQ10, be the reason for the increase in hypertension, diabetes, heart disease and congestive heart failure (CHF)?

And, just as important, could these medications be causing or contributing to the chronic pain, fatigue, immune dysfunction, migraines, brain fog, hypertension, CHF, and or neuropathy symptoms of our patients? My experience suggests that they often do cause or contribute to the overall poor health of the patients I see, especially the complicated “medical misfits.”

Dr. Murphree is a board certified nutritional specialist and chiropractic physician who has been in private practice since 1990. He is the founder and past clinic director for a large integrated medical practice located on the campus of Brookwood Hospital in Birmingham, Alabama. He is the author of five books for patients and doctors.