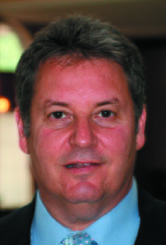 Caring for 95% of the Population

Combining chiropractic, science and business as the vehicle to get us there

Over the last few months, I have been shouting from the mountaintops that we can get 95% of the population under chiropractic care in our lifetime and it has raised many eyebrows nationally. The truth is it can be a reality if we position ourselves properly. It can only be accomplished in conjunction with the scientific community. Once the public and industry understand the true benefits of chiropractic care, we will have created the paradigm shift in getting the public to run after us.

An old adage says, It’s always about the money,” and that statement holds true today more than ever. This is one area where chiropractic will penetrate our society easily. If we look at the textile industry in 1776, Eli Whitney invented the cotton gin. What he did was take the task of cleaning cotton and in a matter of minutes, did the job that previously took a whole day. He invented something that saved time, and time is money in industry, whether it is in 1776 or 2010.
In 2006, Smith, Dainoff, and Smith reported in the Journal of Manipulative and Physiological Therapeutics that movement time, post chiropractic care, was reduced. The study showed that a person working on a computer mouse clicking from point A to point B could do it 9.2% faster after a chiropractic adjustment.
Now, let’s combine chiropractic, science and money; if an industry understands that its workers can increase their production in fine motor movement skills by 9.2% by simply getting a chiropractic adjustment, how much more money could they make? A huge computer engineering or manufacturing company can now increase its production by 9.2% by spending a few dollars investing in a staff chiropractor or mandating that the entire staff visit the chiropractor of their choice for the life of their employment. The increased health care quotient, as a result of chiropractic care, will also spur many to bring their families under care as a natural result; no different than today’s practices, but now with the multitudes.
Another report by Hillerman, Gomes, Korporaal, and Jackson (2006) in the Journal of Manipulative and Physiological Therapeutics found a 10% increase in muscle strength post-chiropractic care.  Again, let’s combine chiropractic, science and money; if an industry relies on strength, how significant is an increase of 10% in strength? The implications are vast. In sports, either professional or recreational, the average athlete and team spends countless dollars on training and performance enhancing techniques to the point where the athlete is reaching towards illegal methods through performance enhancing drugs. How significant is it to a sprinter to get 10% more power in his legs or a football player to be able to gain that leverage on the front line or a golfer to have that much more power on a tee shot? In industry, how many companies rely on labor and that extra power in performing tasks or having that extra strength to prevent injury? The implications are limitless.
Many professional sports teams now employ chiropractors. Imagine every sports team in every sport worldwide mandating that they either have a chiropractor on staff or their players receive chiropractic care to give them the competitive edge to win and make more money? The same in industry; it allows the company to win at a higher level because of increased production and lower experience rating with fewer employees hurt and filing disability and compensation claims.
In order to get the message to industry and the public, we need to use mass media. These types of articles are sought after by publications nationwide to complete their newspapers, magazines and newscasts, as they are public interest pieces and the public is hungry for health care information. There are many sources in chiropractic that are publishing research that shows how far reaching and powerful the chiropractic adjustment is. It is our job to show them the “real life” implications.
The US Chiropractic Directory (www.USChiroDirectory.com) is one source that has published dozens of synopses of research articles that are free to access and are in a format that can be sent as press releases in your community. The ACA News (www.ACAToday.org) is another entity that publishes many articles you can use to gain valuable information to share with your local media. The ICA’s publication, The Chiropractic Choice (www.ChiropracticChoice.com), is another valuable source. There are many more outstanding sources including this publication, www.theamericanchiropractor.com.
Caring for 95% of the population in our lifetime is a reality if we all participate and work with mass media so the public and industry get the message. Supporting, participating and disseminating scientific research that validates chiropractic creates limitless opportunities and applications. We know chiropractic works and that has afforded us approximately 5% of the population under care that we now enjoy. Getting the world to come running after us is the only way to make 95% a reality and one powerful way to do that is by combining chiropractic, science and business.

Dr. Mark Studin is the clinical director of the US Chiropractic Directory (www.USChiroDirectory.com) and the president of the Academy of Chiropractic (www.TeachChiros.com) that manages the Lawyers PI Program and the MD Referral Programs. He can be reached at 631-786-4253.