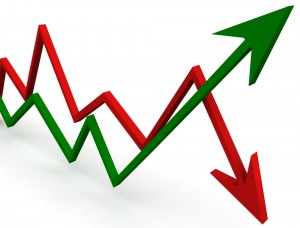 :dropcap_open:F:dropcap_close:oreman and Stahl wrote in Chiropractic and Osteopathy in 2010 that, due to a myriad of reasons, the 10 year attrition rate of chiropractic in California rose from 10% for graduates licensed in 1970 to 20-25% for those licensed between 1992 and 1998. In New York, the number of new chiropractic license applications are down approximately 20% over the last 5 years compared to a similar, prior time frame, according to the former Legal Counsel to the New York State Higher Education Committee to the New York State Senate.

These statistics mean there are less chiropractors practicing in both of these states, and as a result the Cleveland Chiropractic College has closed its California division. The question that remains is how do we reverse this trend? Recently, in a conversation with a chiropractic college administrator, I heard that if the leadership in our profession was more pro-active and we had read the signs 20 years ago, chiropractic would be in a better place. I agree.
I am one of those leaders who, 20 years ago, splintered the profession in New York by helping create a new (second) organization in the state. The end result was abject failure in every legislative initiative that both organizations attempted to pass. For a period of time, there were three organizations in New York and we all failed legislatively. Over the years, we thought the enemies were part of the medical society, businessmen’s associations and unions. The truth was we were the true enemies. We were all fighting so hard for our piece of the “turf” that we neutralized each other and got nothing done, but spent a lot of hard-earned money and supported a lot of legislative campaigns; in retrospect a failed strategy.
The legislators, lobbyists and administrators of both organizations laughed all the way to the bank because one thing we were good at was creating two and three jobs to accomplish one task which was paid for by our hard-earned dues in difficult economic times. Today, those two organizations, the New York State Chiropractic Association and the New York Chiropractic Council, have promised their members that there will be a dissolution of the two organizations with one unified organization in their place, similar to the successful Michigan merger. Unfortunately, it is now almost 4 years later and for reasons that do not matter there are still two viable active organizations and that is unacceptable and shortsighted, a perfect example of the poor leadership cited by the chiropractic school administrator previously mentioned.
Being just one doctor in a large state gives me but one voice and with that voice I am putting these organizations on notice. If by January 1, 2012 they haven’t created one organization, I will send e-mails and letters to every doctor in the State of New York urging them to quit both organizations. Why not? Without a unified profession in New York, doctors of chiropractic will simply be getting more of the same, NOTHING. Perhaps this is because of personal agendas of those that provide the leadership. Conversely, should the leaders put their personal agendas aside, I will vigorously work on getting every doctor of chiropractic to join the one state organization because that is the solution in New York, which is also is a microcosm of the national picture.
A group of “well meaning” but misguided doctors in Wisconsin is currently considering the creation of a new, second organization because of leadership issues in the current organization. These doctors need to realize that Wisconsin needs clearer leadership that will meet the needs of all DCs in Wisconsin and not create division. Look at both the successful Michigan model and the current failure model of New York for the end result of multiple organizations and learn from others’ mistakes. The best plan of action is to infiltrate the current organization and fix whatever needs to be fixed, as the end result is to protect the DCs and afford every citizen in Wisconsin the right to see a chiropractor.
The formula is simple and I have said it before. We need one organization in our nation with 50 chapters and if you don’t like the direction of that one administration, fix it from the inside. Years ago, many republicans did not like President Carter. Did they start a new republic? No. They worked hard and got him voted out of office. More recently, the democrats did not like the direction that President Bush took the country in. Did they start a new government? No. They worked hard and got President Obama elected. The message is simple; it is called balance of power and requires very smart people working within the system to fix the issues.