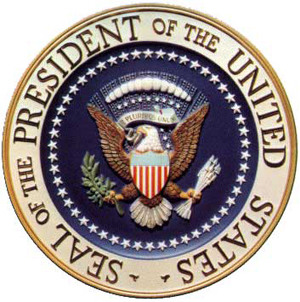 The New York Times reported that the key states in getting President Elect XXXX voted into office were Ohio, Florida and California. When analyzing the key parties involved, the United States Chiropractic Association was instrumental in contributing $20,000,000 in the 11th hour; that was critical in funding the political ad-buys in those states in the few days just prior to the election. President Elect XXXX stated, “I am thankful that the United States Chiropractic Association shared the vision with our campaign and our administration looks forward to working together on getting many of our common healthcare initiatives passed in the years to come.”

The net result of the above scenario is that chiropractic would have the political clout to get appointed to committees that control research grants, create and change utilization guidelines, garner national influence on local and national senate, house and assembly elections and be in control of our own profession instead of organized medicine controlling us. While many of you read the above press release and laughed, the probability of that happening is high if a few key changes are made within the infrastructure of chiropractic.

Currently, we have 2 national organizations and 50+ state and splinter organizations where everyone does their own thing. Can you imagine our country with 2 presidents, 2 governing bodies and then 50+ independent organizations in every state, each with completely different sets of rules? We wouldn’t be a country; we would be a feudal region with everyone fighting for their inch of turf. In spite of COCSA (Congress of Chiropractic State Organizations ) and other similar organizations who are critically needed because of the splintering within our profession, what I just described is the state of chiropractic, where every organization has to fight for its piece.

When we discuss unity, an issue currently affecting many states, the conversation becomes about eliminating competing entities at the state level. That is a critical step towards the survival of chiropractic. I know the circumstances personally, as 21 years ago I was instrumental in creating a competing organization in New York, a very poor decision in hindsight. However, I am not discussing the survival of chiropractic, I am discussing getting chiropractic to flourish. Survival is easy; you do what you need to do to live at any cost regardless of the pain and you take the quickest avenue to ensure your continued existence.

In order to flourish, chiropractic must take the bold step to unify. As an example, we need to look no further than the American Physical Therapy Association (APTA), made up of 74,000 members strong and influential enough to help shape national and state policy. Chiropractic roughly has the same numbers, 74,000 chiropractors nationally. The national structure would be simplified to 1 organization in the United States, no different than the federal government; 1 executive branch with 50 chapters, one for each state (no state organizations).

:quoteright_open:In order to flourish, chiropractic must take the bold step to unify.:quoteright_close:

NOTE: Your practice philosophy has nothing to do with state or national organizations. They are POLITICAL ENTITIES to support our ability to practice and nothing more!

In October 2010, at the New York Chiropractic Council’s state convention, unity was a central topic. We discussed joining 2 state organizations and as a model examined what recently occurred in Michigan. The state of Michigan, with 2 state chiropractic organizations, was in disarray. Only 32% of the DC’s were members of either organization. After a merger, that number jumped to 54% of DC’s as members, with many members getting involved in various fundraising activities called the “Century, Ambassadors and Presidents Clubs.” Averaging each of these clubs equates to an additional $499 per member. A brilliant maneuver that resulted in the organization having enough funds to purchase its building 2 blocks from the state capitol and, in its first year, having a surplus of over $1,200,000.

If we take the same formula as a conservative approach, using the “fundraising averages” in Michigan and the current membership fees of the American Chiropractic Association, this would equate to a $54,737,800 annual national budget if 65% of chiropractors nationally joined. If each state was given a budget of $400,000 annually (with many activities centralized, that number becomes workable, pro-rated based upon the # of DC’s per state), that would leave the national organization an operating fund of $34,737,800 annually.

Electing a president is not a “pie-in-the-sky.” It is within our reach and the time has long passed for the profession to take this issue seriously. Will this be an easy task? No…but neither was putting a man on the moon, gaining our independence from England or abolishing slavery.