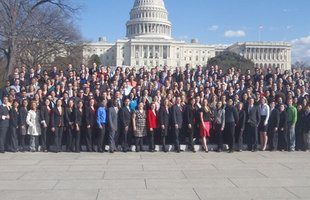 As you know by now, the Republicans have taken over the majority in the U.S. House of Representatives. One of their key platforms during the campaign was to repeal the Patient Protection and Affordable Care Act (PPACA). However, with the President still in the White House and a Democratic majority in the Senate, 60 votes would be required to change the law, and 67 votes to override a presidential veto. Thus, we must remain vigilant.

Three years ago the Summit was created when the profession’s leaders recognized the looming changes in the health care environment. It was so significant that the only way our profession would be able to successfully navigate the tide would be for the profession to act and speak with one voice.

At the first Summit meeting in 2007, which included participants from virtually all segments of the chiropractic profession, our government relations experts told us that the handwriting was on the wall. They warned that the health care system of our country was going to change in a way that we have never witnessed before. They then advised that we could either sit at the table defining our own place as an essential element of the new paradigm or watch from the sidelines and let others decide our future.

As a result, the ACA, the ICA, the state organizations through COCSA and the chiropractic colleges through ACC developed the following statement as its number one priority: To make certain that chiropractic patients would no longer be discriminated against in the new health care legislation. In addition to our team of political experts from around the profession, the firepower of former Majority Leader of the House of Representatives, the Hon. Dick Gephardt was retained to help our cause.

During the legislative phase, there were hundreds of meetings held with congressional leaders who were charged with drafting the language. In addition, other highlights of Summit action included:

1.  The Summit, through the generosity of Foot Levelers and Standard Process, sent placards to every doctor’s office in the country with letter templates and postcards for patients to sign and send to Congress.

2.  The ACA and ICA created the grassroots networks known as ChiroVoice and Adjust the Vote, respectively. Through these electronic, online, advocacy networks, over 100,000 pro-chiropractic messages were sent to Capitol Hill urging both the House and the Senate to include the services provided by doctors of chiropractic in any health reform bill enacted by Congress.

3.  Meetings were held with the new Secretary of the HHS and an official relationship has been established in the Secretary’s office with access never before realized by the profession.

4.  The Summit also developed a number of papers for legislators and regulators on topics ranging from the chiropractic profession’s role in work force and wellness issues to being defined as a physician level primary care provider.

Since we were warned that no specific profession, provider, or condition would be listed in the reform bill, we focused on provisions that would, by definition, meet our goals. Our work paid off. In both the Senate and House versions we had language that was very favorable for our fair and equitable treatment.

As we know, the bill that passed was the Senate version. Once the bill was signed, it was the Summit’s role then to develop and implement strategies to make certain that doctors of chiropractic are treated fairly and our patients have access and coverage for our services.

In order to accomplish this, the Summit partners began to review the committees, commissions and task forces that were to be developed as a result of the new law. One of the most important was the Patient Centered Outcomes Research Institute (PCORI) which will help determine the government’s investment in comparative effectiveness research. Dr. Christine Goertz, Vice Chancellor for Research and Health Policy at Palmer College of Chiropractic, was one of only two non-MD’s appointed to this all-important committee. In addition, through the Congress of  Chiropractic State Associations (COCSA), we have held monthly meetings providing templates and guidelines for comments to agencies in both the state and federal governments. Recently, this encompassed topics such as the grandfathering clauses, insurance exchanges for the states, wellness, prevention and patient-centered medical homes through the National Committee for Quality Assurance (NCQA).

As the implementation of PPACA evolves, the Summit will:

1.  Continue to work to secure DC’s participation in committees and task forces.

2.  Work with legislators and other policy makers to keep the intent of the law they passed in the regulations that guide it.

3.  Educate third-party payers about the cost-effectiveness, clinical efficacy and high quality of our services as well as the need for the services provided by doctors of chiropractic to be covered based on enforcement of key anti-discrimination sections of the law.

4.  Actively support each state association to participate in their state exchange development as an active partner.

5.  Work closely with organizations and agencies to remind them of the appropriateness of maintaining a patient’s freedom to choose providers as a key provision in their guidelines.

6.  Last, but not least, we will be working closely with the staff of the offices of the Secretary of HHS, the Department of Labor and other regulatory bodies charged with implementing the new law.

We know that our patients deserve the opportunity to see their Doctor of Chiropractic without any artificial barriers.

We know that many legislators agree with correcting the discrimination that has plagued our profession for decades.

We know the HHS secretary’s office is working to enforce the provisions of the laws and has historically supported a patient’s right to choose. We know we have the finest experts our resources will allow. Their strategies have been successful in the past and we expect they will continue to lead us down the best path. They have been and are continuing to work 24/7 on our patients’ behalf. What we need is for every Doctor of Chiropractic to do the same.

Please support your state and national associations. Please sign up and donate on ChiroChamp.org to help defray our huge lobbying costs. And lastly, when you are asked to participate, please do so. The Summit is an inclusive organization with a defined mission: One Voice, One Message, Securing a Better Future.

Thank you for your support. For more detail on any of the above or other areas of interest please visit http://www.ChiroSummit.org.