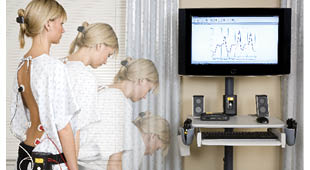 :dropcap_open:A:dropcap_close:s many chiropractors recognize, personal injury (PI) practice can be very lucrative; however, it has one serious challenge; namely, developing mutually beneficial referral relationships with PI Attorneys. Having worked in the world of PI for over 20 years, it occurred to me that our promotional programs have all tended to focus on marketing from the perspective of the chiropractor, and that perhaps it would be more helpful to investigate the needs of attorneys instead.  With this in mind, I began interviewing attorneys with the intention of finding out what would make them feel more comfortable when referring to chiropractors. As a self-proclaimed Technogeek, my goal was to find an efficient, high-tech solution to the problem. The fact that my subjects were not being interviewed by a chiropractor was a distinct advantage because they could speak freely without fear of offending me.

The last attorney I interviewed said the following: “With the chiropractor as primary, I never know, until the end, whether I have a good case or bad one. It almost always ends up as the professional opinion of the DC versus that of the MD. And, although I mean no disrespect, the public has a natural tendency to take the word of the MD.”
My response was to open up the AMA’s Practical Guide to Range of Motion Assessment at page forty-five and show him the chiropractic device which combines dynamic surface EMG (sEMG) and range of motion (ROM). I explained the invention in simple terms: “When we can see range of motion simultaneously with dynamic, or motion surface EMG, we are not only testing for limited range of motion, we are also determining the level of muscle guarding; a crucial piece of clinical information.” He said, “Muscle guarding? … As presented in the AMA guidelines? This would definitely convince me that I had a good case. It would be a killer!” I went on to explain that the most impressive thing about it was its ability to weed out the symptom magnifiers from the truly injured. Frustrated, he asked, “Why don’t any of the DC’s I work with use this device? It would make my job so much easier.”
In the past dynamic sEMG and range of motion were measured separately. Expert witnesses would argue that range of motion results lacked validity because it was impossible to tell whether the patient was putting in full effort, regardless of the three test requirement. It was also effectively argued that with dynamic sEMG you could not tell if the patient was bending into full flexion or into other ranges of motion; again, invalidating the results. These arguments are bound to put doubts into the minds of both judges and juries and therefore weaken your case.
In 2005, researchers at the University of Michigan noticed a very interesting phenomenon: In their meta-analysis of all studies in which either dynamic sEMG and/or ROM had been used, it emerged that if the measures of both were combined, sensitivity and specificity improved dramatically; thus making this combined tool much more effective at establishing soft tissue injury. Referring to the value of dynamic sEMG in the combined test, John Gerhardt, MD (author of The Practical Guide to Range of Motion Assessment) stated that: “It significantly augments ROM data by providing objective assessment of effort.”
During the two cases presented below, both patients were seeking damages for soft tissue injury caused by automobile accidents.
In the graphs on the following page, the top half of the graph in Figure 1 shows Dynamic sEMG (muscle activity). The blue line represents the left lumbar and the red line the right. The bottom half of the graph displays the “real time” range of motion measured dynamically (the red line). In a normal individual at full flexion, muscles enter a state of relaxation as ligaments support the spine. This is known as the “flexion-relaxation response”, and is a reflex.  When there is soft tissue injury, muscles fire in a protective response to pain, injury or spinal instability. This is referred to as “muscle guarding”.
As you can see from the graphs in Figure 2, Patient 1 is most likely a symptom magnifier while Patient 2 (Figure 3) is genuinely injured. One of the factors that make this combined test so powerful is the tool’s entirely objective evaluation of both patients; without the need for any verbal response or personal input from the patient. It is this fact that makes the test truly objective. Of course, this means that some of your patients’ injury claims will not be upheld. Although most doctors are initially fearful of this, they are quick to realize that the added credibility received when identifying this minority of symptom magnifiers will bolsters an attorney’s opinion of them as true expert witnesses.