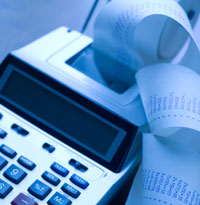 Over the years, we’ve listened to the stories of hundreds of chiropractors who have asked us to help them make a living doing what they love to do, which is change lives through the healing art of chiropractic. These doctors come to us with a myriad of situations. Some of them seek us out because they are opening their doors for the first time and want to do it right and avoid costly mistakes. Others arrive at our meetings desperate for advice because, if they don’t increase their profitability soon, they’re going to have to close their doors and find another career. There are others who come to us with solid practices, but they’ve hit a plateau and can’t move past their current level of collections, despite repeated attempts to do so. And yet others call upon us because they’re doing well and growing but they need advice on expanding or hiring associates. These doctors are aware that there are chiropractic business principles they lack and they’re willing to do whatever it takes to learn those principles and see their desired outcomes.

However, there’s also a segment of the chiropractic population that call us, but then try to convince us that they really don’t need our help. We love to talk to doctors who are doing well (and wish there were more of them), but it’s a little disconcerting when a doctor calls us for help, because they know they need it, but then proceed to tell us how well they’re doing.

Even before these doctors give us their stats, nine times out of ten we know what their situation involves. They usually have a high volume practice with impressive collections, but their overhead is so high that, at the end of the month, they’ve worked their tails off for little to no profit and they’re on the cusp of burnout. They think they’ve got a successful practice because they see such a large number of patients but, deep-down, they know something isn’t right because, despite those high numbers, they’re unbelievably stressed.

We’ll hear a chiropractor boast that they’re producing $60,000 or more a month. However, after we look at their situation and see that their overhead is $55,000 or more a month, we try to help them understand that it’s not about collections, it’s about profitability. It’s about working smarter, not harder.

We recently worked with a doctor who was doing a lot of insurance and personal injury business. He was proud to report to us that he was collecting an average of $97 per patient visit. That’s an extremely high average. However, once we took a look at his stats, we found that each visit actually cost him an astounding $89 per visit! His profitability was really only $8 per visit! Remember, it’s about practicing smarter, not harder.

There are many variables that make a chiropractic office successful. There are a lot of things the doctor has to do well. It’s so frustrating when we see them get most of it right, but allow poor financial decisions to sabatoge their sucess.

We’ve noticed a disturbing trend: The more money the doctors collect, the more they allow overhead to increase. Why do they do that? This is just common sense; a practice that’s producing $35,000 a month with a $15,000 overhead is much more profitable than a practice that is producing $60,000 a month with a $55,000 overhead. Yet one of the first things a lot of chiropractors do when they begin to make a little money is start buying new gadgets. They buy new cars, new houses, and new equipment. As a result, instead of looking at their net worth, they now have to look at how they can afford to make those new payments.

For some reason, there are many people who think like this: “I can’t necessarily afford that car, but I can certainly afford that payment.” This type of thinking starts adding to overhead and will eventually turn into a debt nightmare. The best way to deal with a problem is to never have it in the first place. Understanding basic business principles would solve the aforementioned problem before it becomes one.

The worst thing about making financial mistakes is usually not the mistake itself; it is the consequences of that mistake. Unfortunately a willingness to work hard is not enough to undo past financial blunders. You’ve got to know how to work hard and smart!

Just because you’re seeing high numbers of patient visits, doesn’t mean your overhead is low enough that you’re netting what you would be if you were running the practice effectively and efficiently.

Do the math. Take a look at your collections and overhead. It may explain where that stress is coming from. Learning how to work hard and smart will require you to change some things. Decide today that you’re going to take action and change your situation. What’s the definition of insanity? Doing the same thing over and over and expecting a different result. Today is the day to learn how to do it differently!

Tom Owen III, President of AMC, lectures extensively from coast-to-coast to thousands of chiropractors and students annually. He is the author of Chiropractic from a Business Man’s Perspective, and has spent the last 25 years in the day-to-day trenches of the chiropractic profession. He lives by his quote that “In the end, all that is left are the lives we’ve touched and to what extent they were changed.”

Dr. Osborne, a 1989 graduate of Palmer College, ran a successful high volume multiple doctor practice, and is currently Vice President of AMC, Inc., as well as an author and lecturer. Visit www.amcfamily.com or call (877) AMC-7117 for more information.