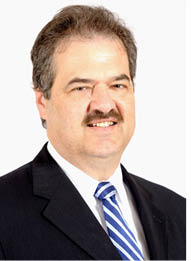 :dropcap_open:A:dropcap_close:fter 20 years and 34 graduating classes that placed doctors of chiropractic in 27 states and 6 countries, Dr. Frank Zolli, founding dean of the only chiropractic college housed within a comprehensive university setting in the United States of America, is retiring. Citing health reasons and the rigors of travel required of a college dean, Dr. Zolli has decided to return to the full-time faculty of the college.

Dr. Zolli graduated from New York Chiropractic College (NYCC) in 1979 and was hired as a supervising clinician at their Levittown, New York, clinic. Eventually, he become the director of that facility and later moved on to other administrative positions including dean of students and vice president of development. Dr Zolli was at NYCC from 1980 to 1989.
Dr. Zolli had a vision to develop a chiropractic program within a university system, and he started his journey in 1989 to “go where no chiropractic college had ever gone before.” It took several years, but in July 1991, the first class began studying to be chiropractors at a major teaching institution.
According to Dr. Zolli, “When I was first approached about starting a university-based chiropractic degree program, I was intrigued.   When it was explained that the university at which the program would be housed was the University of Bridgeport (UB), I took the offer more seriously as I knew my vision could become a reality.  UB had a history of supporting chiropractic education as it was one of the first institutions to offer a pre-chiropractic education, and the institution had already been offering a master’s degree program in human nutrition with strong chiropractic involvement in both the faculty and student population.  I met with the UB administration, and efforts to start the nation’s first university-based chiropractic degree program were initiated.”
Although the administration of UB was supportive of a chiropractic degree program, some of the faculty members at the university were less than thrilled about the prospect of starting a new program in a discipline they knew little to nothing about.  To make matters worse, circumstances at the university having nothing do with chiropractic were also in play.   These circumstances involved a labor dispute, which pitted the UB administration and faculty against each other, with the fledgling chiropractic program right in the middle. The chiropractic program became an internal “political football” within UB and jeopardized the program from day one.
“The next challenge was faculty,” Dr. Zolli continues.  “The University of Bridgeport, College of Chiropractic (UBCC) needed to satisfy  both chiropractic criteria and university academic criteria for faculty. This posed a unique set of challenges, as chiropractic institutions had never faced this level of oversight to ensure a fully credentialed faculty. In the short run, it was quite difficult.  However, over time, this requirement has continued to ensure that only the most credentialed and qualified individuals are selected to teach in the doctor of chiropractic degree program.”
The chiropractic profession was also less than enthusiastic about embracing an educational program outside of its traditional comfort zone.  Until this time, all chiropractic programs were standalone institutions. Representatives of standalone institutions had written the accreditation standards of the Council on Chiropractic Education (CCE) for similar programs, and the profession was skeptical about initiating a chiropractic program in an environment not exclusively controlled by chiropractors. UBCC would break that mold, bringing to the profession for the first time the validity of being involved in and meeting the stringent criteria of a regionally accredited, comprehensive university. This approach of being involved directly in mainstream academia has served the medical profession well, and now it would do the same for the chiropractic profession.
The Connecticut Chiropractic Association (CCA) was also less than supportive of a new chiropractic academic program in the state and was reluctant to help UBCC get started.  As stated by numerous members, there was a fear that the state would be flooded with chiropractors and that this would hurt their alma maters, a fear that was never realized.   Also, the representatives of the Association of Chiropractic Colleges initially refused to allow UBCC to join the organization because their interpretation of the organization’s bylaws required UBCC to already be CCE accredited to qualify for membership.
An academic program must be licensed prior to admitting students.  The process, according to written procedures published by the Connecticut Department of Higher Education, should have taken six to eight months.  In the case of UBCC, because chiropractic was so different from the traditional programs already present within the state of Connecticut, outside evaluators familiar with chiropractic education had to be enlisted to aid the state’s staff. As a result of the additional support needed, as well as political opposition on the board of governors, a body that grants educational licenses, it took UBCC approximately 18 months to become licensed by the state of Connecticut.
Once licensure was achieved, the University of Bridgeport’s Board of Trustees voted to establish the UB College of Chiropractic. The college could now advertise its existence and recruit students and faculty.  The college inherited a group of tenured faculty scheduled to be released from the university because of institutional financial difficulties at the time.  The financial challenges of the university were being played out in the local newspapers daily; simultaneously, the college went about recruiting students and raising money.
Despite all of the challenges, the first university-based chiropractic degree program admitted its inaugural class in the fall of 1991.  Over the next few years, the college achieved state and professional accreditation.  The faculty and student body grew in numbers, and in December 1994, UBCC held its first commencement ceremony.
The fears that motivated individuals within the chiropractic profession to oppose, or not support, UBCC never materialized.  The ignorance and skepticism displayed by detractors of chiropractic education, believing that chiropractic was unworthy of inclusion with other academic disciplines of higher learning, were equally debunked.
It was unfortunate that fear and ignorance were prominent during the formative years of UBCC.  It is fortunate that now, based on the success of UBCC, ignorance and fear can objectively be countered by facts, hard work and a lifetime of dedication to chiropractic.
The American Chiropractor, as an emissary of chiropractic, salutes Dr. Frank Zolli for his lifetime contribution toward the betterment of chiropractic and for his vision to help bring the chiropractic profession forward in academia.