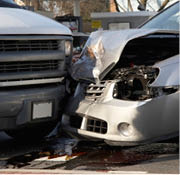 An in-depth investigative report and analysis prepared for The American Chiropractor Magazine
DISCLAIMER: This treatise is a review and personal opinion on the new Florida No Fault/PIP regulations. You have to make individual clinical and billing decisions on how you want to care and bill your patients. You are strongly urged you to consult all applicable state and federal regulations prior to instituting any treatment or billing strategies. Should you have any questions, please consult either legal counsel or your state organization.
:dropcap_open:T:dropcap_close:he change in Florida PIP protection went into effect January 1, 2013, and has significant changes. Many of these changes significantly alter how a chiropractor can treat and get reimbursed. Although there has been much said about the motives behind this legislation and the rhetoric about making changes under the banner of “Fraud Prevention,” in the end, the people of the State of Florida will lose, and carriers will increase their profits. There will be no fraud reduction in the new legislation because there are no new provisions to prevent fraud, and there will be no premium reduction in rates to the insured as promised as that was already taken away from the people prior to signing the legislation into law. With that proviso, this article focuses on how to function and thrive within the new legislation.

Prior to digesting the new legislation and rendering a plan for success, one must understand that this is a huge opportunity for those that position themselves appropriately. The legislation prescribes a blueprint to go well beyond the $10,000 PIP cap if clinically indicated. The new legislation also provides a means for reasonably caring for patients at the usual and customary fees, not subject to 80% of the 200% Medicare fees, and allows for unlimited necessary care without being exposed to independent medical examinations (IMEs) or examinations under oath (EUOs).
New Regulation And Benefits Payable
As the new regulations stand now (with the likelihood of any modifications before the start date remote, according to reliable sources), the PIP cap is $2,500 for all providers. The new law has stricken any and all reimbursement for massage therapy or acupuncture. This dollar amount can be expanded to the previous cap of $10,000 should an “emergency medical condition” be determined and certified by a medical physician, physician’s assistant (holds a bachelor’s degree), nurse practitioner (holds a master’s degree) or dentist. According to Section 9. Section 627-732(16), the emergency medical condition is defined as:
(a) A medical condition manifesting itself by acute symptoms of sufficient severity, which may include severe pain or other acute symptoms, such that the absence of immediate medical attention could reasonably be expected to result in any of the following:
This definition ties in with Florida’s utilization of a “verbal threshold,” which must be met in order for a third-party tort (worthy of lawsuit) to take place. Understanding the language will help you better position your practice. In states that have a verbal threshold, lawsuits for non-economic injuries are limited to serious injuries or death. “Serious” is defined differently in each state, but it often includes broken bones, severed limbs, etcetera. Unless you meet the defined criteria for a serious injury, you are precluded from bringing a lawsuit against the other driver.
Florida’s Verbal Threshold Definition:
The significance of the threshold is that patients will have to meet one of these standards to be able to have any success in the legal system and for lawyers to be able to work with your patients. These statutory definitions are the guiding points in how we function under the law.
The $10,000 PIP cap is still in effect and is available to all providers should a patient have an “emergency medical condition” as described above. In order to have those benefits expanded, chiropractors must refer patients to one of the approved providers and in their documentation use the phrase “emergency medical condition” or be subject to the carriers’ definition of what “serious” means. The statute is so vague that it leaves the entire process open to the interpretation of the carriers.

:quoteleft_open:However, once they go back to their repetitive lifestyles, they will gradually feel the pain and try unsuccessfully to receive care (beyond the 14-day rule).:quoteleft_close:

A challenge in working with medical specialists will be the timeliness of the referrals, the language in their reports and the guaranteed resultant scrutiny these doctors will certainly be exposed to in the form of much quicker and more frequent EUOs and IMEs. In addition, too many patients will be exposed to unnecessary drugs and surgery as you cannot expect the medical specialists not to practice medicine as they deem proper.
Should you get the requisite emergency medical condition documentation, you will be able to care for the patient with a $10,000 cap.
Another very significant law change is the reporting time. Previously, an accident victim had two years to report injuries. The new law allows only two weeks (14 days). This is significant as many accident victims who are less savvy might try to work through their pain or not have significant pain initially. However, once they go back to their repetitive lifestyles, they will gradually feel the pain and try unsuccessfully to receive care (beyond the 14-day rule). This is a significant issue as more than 20% of my accident patients over the last 31 years have waited three to four weeks until instituting care, which is common for the mild to moderate bodily injury victims. Should these patients not have gotten care, they would have serious joint issues over time only to become a burden to the private health insurer, Medicare and/or disability carriers.
Fees
The fees can be confusing because the statute has reimbursement regulations in two sections. In Section 627.736 (1)(a) it states that fees are reimbursable at 80% of all usual and customary. In Section 627-736(5)(f) it states that fees are reimbursable “for all other medical services, supplies and care, 200% of the allowable amount.” (I) The participating physicians fee schedule Medicare Part B. The complete rule is that the carriers are required to pay 80% of 200% of Medicare. Once practitioners have received payment, it is recommended that they send the carriers a “Pre-PIP Suit Demand” should they pay only part of the fees, as many carriers notoriously pay less than billed.
Working In And Out Of The Florida Pip & No Fault Laws
You have options in caring and billing for your patients. The initial $2,500 is on the table without any changes in current billing, referral or documentation protocols. If the patient has any serious medical conditions, you can either take the route previously discussed or you can care for the patient should they have an attorney with a letter of protection (LOP) for any additional care clinically indicated. These patients will be considered valid candidates for legal representation if they have met Florida’s Verbal Threshold of Serious Injury as previously described. Should they have met that standard, you can treat as often as clinically indicated.
The LOP is an agreement between you and the lawyer and is different than a lien. Unlike a lien, it is for a specific amount that has been pre-determined, and the lawyer agrees to protect that fee for you in settlement. In the State of Florida, all PIP payments must be repaid to the carriers in a lawsuit by the lawyers before any disbursements. Therefore, if the PIP coverage was $10,000 and paid to all providers, then the lawyer cannot earn $1 unless that $10,000 has been repaid first, and the lawyer must be awarded a settlement over $10,000 or they earn nothing. Therefore, if you treat over the $2,500 PIP cap, then the additional fees can be done under an LOP or private health insurance. This gives the lawyers a little more room to work and allows you to treat the patients by rendering only necessary care, avoiding the medical specialists whose care will not be indicated beyond the necessity of a letter to treat an emergency medical condition that is often within the chiropractic scope to treat.
Working Entirely Outside Of Florida No Fault/Pip
Should your patient either opt out by delaying care or find themselves beyond the regulatory 14 days mandatory reporting time for PIP coverage, then you can treat entirely outside of the coverage solely with an LOP or private health insurance. Many trial lawyers find this advantageous as both doctors and accident victims are not subject to the mandatory IMEs and EUOs that often give the carriers an unfair advantage in trials.
Although every case is subject to the verbal threshold of serious injury, not having a carrier’s involvement during the treatment process gives many trial lawyers an advantage in preparing their cases. Although our focus as providers has nothing to do with the trial process, and we are concerned solely with necessary care, it is important to understand the entire medical-legal process.
LOPs have no cap and no carrier interference with care. In states like Connecticut that only have LOPs, the system offers many benefits to all parties, including carriers. The only downside to doctors is the lag between the treatment and settlement of the case when payment is rendered. However, once you get into a payment cycle, you will have a constant cash flow that potentially has much less stress and can be far more lucrative without fighting for every penny from a carrier determined not to pay your claim in spite of prompt pay laws.
Every paradigm of practicing with the Florida No Fault/PIP has its benefits and its drawbacks. The reality is that most practices will create a mix of situations where you will utilize all of the above scenarios. There are also numerous other factors in being successful in treating personal injury patients. When working with lawyers, at the end of the day, it will not come down to if the lawyer will work with you, but if the lawyer can work with you. Their ability to work with you has nothing to do with fee schedules or reimbursement criteria, but is solely based upon your knowledge base, formal credentials and ability to document.