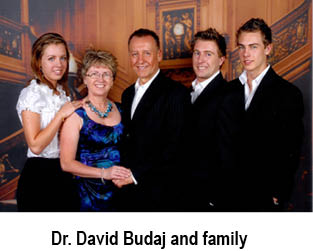 :dropcap_open:I:dropcap_close:grew up in very loving and carrying family, in a  small city in the Czech Republic, under strict Communist rule.  Yet, my parents instilled in me a strong faith in God and high moral values.

At 3 years old, I was diagnosed with chronic bronchitis. My pediatrician said I would not make it to be a “soldier”. He told my mother that my prognosis was very poor.

Grandma, who was an herbalist, would not agree and took me to a special place, known only to the healing practitioners in that area, in the Tetra mountains (similar to the northern Appalachians in the USA).  She began treating me with herbal remedies, teas. She even put up with my screaming in opposition to the breathing therapy (over steam). In fact, she would get under the towel with me, to calm me down and to keep me breathing the steam.

The treatment helped, but I still had some remaining breathing problems, until one day shortly thereafter, I tripped on something, fell down and all the mucus and phlegm which had been loosened by the treatments was released from my lower lungs and my breathing was free. Little did I realize that I, too, would soon be free.

As my grandmother taught me more about herbs, I developed a passion to become a physician.

During my studies and, especially, at the university, we were pumped with Marxist-Lenin’s philosophy, and atheistic classes. We were denied access to Western media in an effort to ensure that we would be fully manipulated by the communist dictatorial system. Those of us in university who had faith in God, were not free to practice our faith, so our youth group gatherings were always kept in secret.  If caught, we would have been expelled from school.

I vividly remember how my best friend and roommate, John, and I would secretly listen to Voice of America news. It became our hourly ritual to find out what was truly happening in the world. This enhanced my desire for freedom, as I was getting more and more discouraged from the oppression of living in what seemed to me like a communist prison.

Upon graduation, I studied for six more years to earn my medical degree and began to practice as an M.D. in my country.  Practicing for six more years in the Czech Republic, even utilizing the more holistic healing arts, carried its own problems.

I then met my dear Peggy. She too was unhappy with living under communist domination and we discussed the option of leaving the country.  I should mention that even discussing this subject was dangerous. We were in agreement, however. We decided to leave the country.

Of course, there was no legal way to leave and I began searching for “alternative” options or, to put it another way, we were going to defect. But to where? And how? I searched for all possible opportunities and found out about a trip being planned by tourists to Cuba, which would make a stop in Montreal,  Canada. We determined that this could be our opportunity to freedom, despite the great risk involved. Keep in mind that I was a physician, someone the population looked up to, even revered. We were carefully watched and screened by the police.

Peggy and I married and shortly after the wedding we purchased the trip to Cuba which cost all the money that I had in the world (value in today’s money, about $15,000).  The interviewing Czech official was suspicious, as young people usually could not afford such trip. But we pretended that we were going on our honeymoon and he signed our permission form.

Once we applied, we had to be interviewed by the police, as they knew that it was likely someone might defect on the trip to Cuba.

As the plane touched down in Montreal, while still in the plane, two plain clothes police came on board and introduced themselves as agents from the Czech Embassy to “welcome” us to Canada. Of course they were actually spies who wanted to screen people who looked suspicious and might ask for asylum.

When we walked into the airport hall, I contacted the first person in uniform I saw. She was a security guard and I assumed that being posted so close to foreigners coming into the country that she would have been fully educated by superiors in the Canadian government as to exactly what to do, should someone be asking for asylum. I took the risk and informed her that I wanted to claim asylum….and she immediately got on an internal phone and within minutes the Canadian Mounties escorted my wife and me to an immigration office.  The two Czech agents came by inquiring whether there was a problem, but immigration said everything was fine. Of course, at that point, they knew that we had defected, but there was nothing that they could do; we were now on Canadian soil under the protection of the Canadian Government.  If they had caught us in the airport hall, we would have been returned to the country and put in jail for several years as political prisoners (who were treated worse than criminals).

Oddly enough, we were not scared as the desire for freedom was a far greater emotion.

Our request for asylum was accepted within 10 days. So the biggest obstacle was over. But there was another obstacle for me in Canada. Due to the social medicine established in Canada, foreign graduate physicians have a very slim chance to get an internship, which is a prerequisite for a license.  So after 4 years of trying to get an internship, my national board exam expired. I was in a dilemma as to what to do.

:dropcap_open:In fact, all three of my children have confessed that they, too, wish to become holistic practitioners.:quoteleft_close:

I contacted a friend who was a physician for advice. He was extremely upset about the health system in Canada and told me, “David, if I were young  like you, I would forget about a medical career in Canada. You should go into chiropractic. Medicine is heavily regulated by government and, besides, you can achieve excellent results with chiropractic. After all, your primary purpose is to assist people to achieve better health.”

It made sense to me and I began to research chiropractic and realized that this was a subject about which I could really be passionate:  Treating the whole body, not just “parts”.

I enrolled in LACC and, after graduating from LACC, I started a practice in Michigan.  I was treating mostly musculo- skeletal problems, and I enjoyed every minute of it, as I do today. I also noticed that the more I worked with patients, the more I discovered how unhealthy most of them were. Far too many came to me with prior “solutions,” namely medications.

I decided to search for additional avenues to help them and nutrition was at the top of the list. I went for seminars and started to introduce patients to supplements but discovered that patients were not following the protocols I requested, as they expected a quick fix.

I was excited about adding this component to my practice. It all made sense: a complete program of patient care with chiropractic, nutrition and patient management as well as practice management, a step-by-step highly successful program.

Since becoming involved in nutrition and adding it to my practice along with chiropractic adjustments, my personal health and the health of my wife and children have greatly improved. In fact, all three of my children have confessed that they, too, wish to become holistic practitioners.

I sometimes contemplate my experience and realize how much my colleagues take for granted. Yes, we complain about all sorts of aspects of healthcare in America but, it still remains, this country is and has been a bastion of freedom and that includes freedom to practice in the health field, freedom to practice one’s religion and to pursue their personal happiness. God bless America.

David Budaj may be reached by email at [email protected]