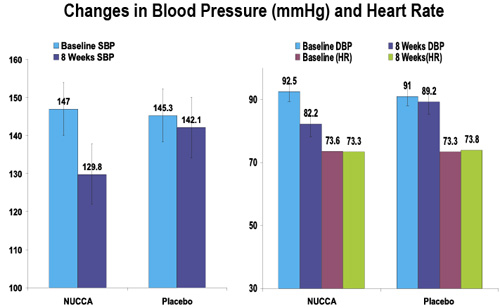 Practically all authorities agree that a subluxated vertebra, by definition, includes movement of the vertebra from its proper position in several planes and directions. The reduction of the subluxation, the adjustment, must be a predetermined and pre-directed process of correction.

Direction is a measurable factor in a subluxation; force is an inherent element of the adjustment. Force, however, has the characteristic of direction—it is going somewhere—so it must be controlled and calculated. Each subluxation requires its own mathematically pre-determined directional path for its successful and efficient reduction. The subluxation and its correction is a procedure that can be tested in the light of scientifically acceptable principles, so far, at least, as the misalignment factors are concerned.

The subluxation and its removal is the basic tool of chiropractic. NUCCA invites all chiropractors to join with them in the furtherance of the restoration principle, and in the belief that, as chiropractors, their duty to the patient is concerned with this principle.

The late Dr. Ralph Gregory of Monroe, Michigan, in his organizing of the National Upper Cervical Chiropractic Association in 1966, envisioned a non-profit organization dedicated to a mechanical science that is apodictic to what chiropractic should be. Since dealing, in part, with solid structures, the laws of physics and mathematics must form the significant basis of spinal care.

Mathematical formulas can be derived from properly taken cervical radiographs. These formulas tell the doctor how to place the patient on the side-posture adjusting table. In addition, after analyzing these radiographs, the doctor knows the direction the atlas has misaligned in relationship to the condyles and the lower cervical vertebrae.

With this knowledge, the proper adjustment—direction and torque—can be delivered to the atlas transverse to align the head and neck to the vertical axis of the body. The pisiform of the wrist is used to contact the patient’s atlas transverse process, which is used as a lever to move the head and neck. With the proper balancing and control of the doctor’s body and arms, an adjustment can then be delivered with very little depth to the patient. A reflex takes place that unlocks the atlas subluxation. There is a force behind the adjustment of up to 23 lbs., but with very little depth; the patient does not feel the adjustment.

The high blood pressure research project, recently published in the May 2007 issue of the Journal of Human Hypertension, demonstrated, in a medically instigated and scientifically controlled research project with a subject group of 50 patients (all adjusting done by this author), that there is a science to chiropractic.

A brief review of the results reveals the following:

2. Eighty five percent of the patients only needed one [NUCCA] National Upper Cervical Chiropractic procedure adjustment. Their one adjustment lasted at least two months. When the neck and head relationship is balanced by the reduction of the atlas subluxation complex [ASC] there is no need of additional adjusting.

3. Pre to Post Cervical radiographic1 analysis in these cases demonstrated: an average atlas misalignment of 2.17 degrees off the central skull line in the frontal plane reduced by adjustment to .22 degrees; atlas rotation in the transverse plane was an average of 1.29 degrees, and reduced to .19 degrees; the seventh cervical was off the patient’s vertical axis when standing, and was reduced to zero.

Another part of the standing patient examination that was not covered entirely in the published article was that the shoulders were also leveled, and the torque differential between the shoulder girdle and the pelvic girdle was reduced. They had a perfectly balanced spine. This was determined, during the research project, with the use of the new Dickholtz laser light spinal analyzer.2 This torque could be the first indication the patient has an atlas subluxation complex syndrome, or the last indicator that there is still part of the subluxation present.

Serious discussions in the field of chiropractic have been engaged in about pinched nerves and dentate ligaments, which have possibly overshadowed the importance of numerous other sensors of different types, especially in the cervical region. It is this author’s opinion that the sensors are more to be considered than the former. This is why the chiropractor must realize that he works with very small details.

In one third of the cases there is only three quarters to one degree laterality of the atlas. With precisely aligned X-ray equipment and very sharp radiographs these small subluxations can be measured. Knowing the correct misalignment factors is paramount to having the proper direction of forces with which to reduce the atlas subluxation. This takes into account the atlas laterality, the tilt of the head, the twist of the atlas in the transverse plane, and the lower cervical vertebrae as they relate to the vertical axis of the body.

The atlas is the only vertebra you can move with relative independence, there being no boney interlocking mechanism. This is used as a lever system to move the head and neck to the patient’s vertical axis, and to reduce the twisting of vertebrae in the transverse plane.

There is one more test that was not mentioned in the research paper, which was recorded in this project, namely, the supine leg check. All fifty subjects in the research had hip distortion, with leg length inequality (LLI) when in the supine position. All adjusted subjects were post-measured with even leg lengths (no LLI) in each of the succeeding seven visits over the two months duration. On the other hand, all the placebo group subjects had contracted ilium, and LLI, upon examination during each of the first eight visits. After the conclusion of the main study, the placebo group members were adjusted and, upon examination, each subject presented with balanced spines, and even leg lengths [no LLI] in the supine position.

While we are discussing LLI (leg length inequality) it should be mentioned that there is a simple test to determine the presence of stress to the brain stem. Try the following: Lay the patient down on a fairly hard surface with a small pillow under the head, and wearing a pair of solid shoes. Push on the bottom of the shoes with about five pounds pressure, having the same angle on both shoes which are aligned to the patient’s ears. Then have the patient rotate the head each direction. If there is a stressor at the brain stem level, there will be a movement in the relative length of the legs. With one direction the head is turned, the stressor at the brain stem is reduced and, as it turns the other way, the stress increases. As the stress is decreased, the legs become more even. Once again, this demonstrates a relationship between the upper cervical mechanism and the brain stem’s control of the muscle balance of the whole body.

The central nervous system is not the only nervous system that is affected by an atlas subluxation. In a previous research project by this author on chronic fatigue syndrome, a board certified psychiatrist stated that the correction we gave was affecting brain chemicals. He correlated the subject’s positive changes in brain chemicals, which gave rise to the positive changes in their symptom pictures. The Rand 36 questionnaire was used in that study, demonstrating improved health in all eight categories, including mental. This will be published as a pilot study.

The whole point here is: an atlas subluxation complex (ASC) syndrome is very, very, encompassing. The National Upper Cervical Chiropractic Association (NUCCA) holds two large seminar conventions each year, in the Spring and the Fall, inviting all to attend who wish to begin study of this specialty, or to increase their knowledge and skills in this demanding field. The NUCCA website is a wealth of reading, audio and visual information, found at www.nucca.com. In addition, the research arm of NUCCA, the National Upper Cervical Research Association (NUCCRA), the research board tasked with protocols and research, maintains a research site for funding purposes and study, at www.nuccra.org or http://www.uppercervicalresearchfoundation.com.

1. Dr. Ralph Gregory: The first concern in the problem of motion in the subluxation system concerns the forces that the vertebrae exert on each other—internal forces. Given the forces, we seek to know the manner in which the vertebrae move under the action of the forces. This is the subject matter of mechanics proper and, incidentally, one of the reasons why we post X-ray every case immediately after the first adjustment to learn how the vertebra that were displaced, as seen in the pre X-rays, moved under the external force of the adjustment.

2. This was invented by Mrs. Mary Ann Dickholtz.