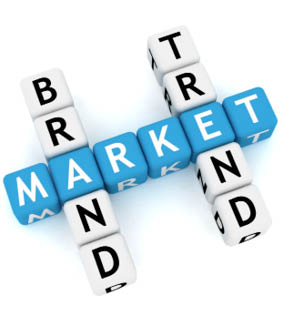 :dropcap_open:T:dropcap_close:rending: this word is what should be the guiding force behind the future of every practice and business worldwide. Why is it that some offices seem to thrive in any economy, yet others are always struggling to pay the rent, the staff, the bills and often oneself? How many weeks a year do you NOT take a paycheck? In 1982, John Naisbitt wrote the New York Times bestseller Megatrends, which accurately prognosticated shifts in the world economy and changed the relationship of people to economics. The principles of success in foretelling the future that held true in 1982 still hold true today. If you know where to look and how to interpret the economic or practice indicators, you will ensure your success for years to come IF you are willing to adapt based on the trends and indicators and IF you are willing to take the action steps required.

These changes have nothing to do with how you practice. You can be a “far-right conservatist” practicing in a pure “Tic” environment or a “far-left liberal” using every modality, treating extremities, using nutrition and every other avenue your scope allows, or somewhere in the middle like the majority of us. The rules are the same for all. Trends dictate how we triage, document, bill and collect our fees, not how we deliver chiropractic care to our patients.
When looking for trends in a professional setting, we must examine what the carriers, chiropractic boards, courts and legislators are dictating through rulings and legislation. First, we cannot be Pollyannaish and think that the carriers are outside influencing any of the above entities, as their profit base is purely derived from rules, regulations and laws. When looking at trends, we look for bellwethers nationally, and currently there are 2 states that are leading the pack, New York and, to a greater degree, New Jersey.
The First Trend Is Evidence-Based:
In December, 2010 New York revamped its workers’ compensation guidelines, mandating evidence in the form of peer-reviewed literature to expand the amount of reimbursable care. New York also forbade treating workers’ compensation patients in a fee-for-service scenario outside of the workers’ compensation system. This changed the historical usual and customary amount of care based upon a doctor’s findings to that centered on the literature. Although this was limited to workers’ compensation, it laid the foundation for future legislation.
On January 4, 2013 New Jersey enacted regulation that says:
N.J.S.A. 39:6A-4a provides that the Commissioner, in consultation with the Commissioner of the Department of Health and Human Services and the applicable licensing boards, may reject the use of protocols, standards and practices or lists of diagnostic tests set by any organization deemed not to have standing or general recognition by the provider community or applicable licensing boards. Although the Department is not adding to the list of rejected protocols, the Department is proposing to add a definition of standard professional treatment protocols to guide the acceptable evidence of standing or general recognition for a specific medical procedure or test. These are defined as evidence-based, clinical guidelines published in peer-reviewed journals. The Department has become aware that the medical necessity of a procedure or test is being supported by articles, books and practice or treatment guidelines that are published by the proponents of the treatment or test in journals that are not peer-reviewed and where the evidence supporting the treatment or test is anecdotal. These types of treatment protocols and guidelines cannot be used as evidence that a treatment or test is medically necessary.
Evidence-based practice is NOT the trend. A perversion of what evidence-based practice was intended to be has become the trend and is here for the foreseeable future. In order to understand the trend, we must understand evidenced-based practice as it was intended. “The most common definition of evidence-based practice (EBP) is taken from Dr. David Sackett, a pioneer in evidence-based practice. EBP is ‘the conscientious, explicit and judicious use of current best evidence in making decisions about the care of the individual patient. It means integrating individual clinical expertise with the best available external clinical evidence from systematic research'”

EBP is the integration of:
“The evidence, by itself, does not make a decision for you, but it can help support the patient care process. The full integration of these three components into clinical decisions enhances the opportunity for optimal clinical outcomes and quality of life. The practice of EBP is usually triggered by patient encounters which generate questions about the effects of therapy, the utility of diagnostic tests, the prognosis of diseases, or the etiology of disorders. Evidence-based practice requires new skills of the clinician, including efficient literature searching, and the application of formal rules of evidence in evaluating the clinical literature”

There are a myriad of articles published on the cons related to a purely evidence-based “published only” approach and its potential to be used to deny care. In a recent article by Carr (2008), published in the Journal of Regional Anesthesia and Pain Medicine, he writes, “Yet even as I was preparing that talk, the climate of pain medicine was changing. It was already clear that powerful stakeholders in the healthcare enterprise were looking to evidence-based medicine (EBM) for answers about effectiveness, cost effectiveness, appropriateness, and even efficacy beyond what EBM could reasonably provide. Since then, over- and mis-application of EBM to support health policies such as ‘pay for performance’ and to restrict payment has created a crisis. This ongoing crisis threatens the survival of important forms of pain therapy, restricting health care offered…” (Carr, 2008, p. 229). The biggest concern in his article and among healthcare providers is clarified when he states, “…I realized that the practice of EBM dates to antiquity, but what is new today is that EBM is being used as a rationale to restrict physician payment and/or autonomy” (Carr, 2008, p. 229).
Proponents of evidence-based, clinical guidelines published in peer-reviewed journals argue that it would eliminate waste and reduce costs while providing patients with the most up-to-date care available. That is a dangerous partial truth. Those currently practicing don’t argue, but understand, through daily patient care, that this is too limiting and would eliminate many procedures that fall under this narrow definition and remove clinical decision making and professional experience from the equation. What would be left is denial of valid and often critical therapies with the concurrent stifling of innovation, since the process of establishing a research study, following its participants and publishing those findings can take many years. This delay could eventually cost lives and/or severely diminish the quality of life for those who could have been helped during the research and publication processes.
With the understanding of EBP, the legislation in New Jersey has set forth a path that ONLY therapies and diagnostic testing that have been published are reimbursable with far-reaching effects. The trial lawyers’ concerns are that non-published tests or treatments will be barred as evidence in the courts with further implications not yet illuminated, as future court rulings will further define this regulation.
Although managed care companies and workers’ compensation carriers are not regulated, within weeks of the regulation becoming effective, denials were being rendered quoting these standards. The carriers took it to the next step and cited “standard of care” as a result. These same types of denials are being reported in multiple other states because the carriers realize that the rationale has been clearly defined and, in the end, many courts will uphold their reasoning, again citing “standard of care”. Therefore, the first significant megatrend in chiropractic is to utilize peer-reviewed evidence.
The second trend is credentials and certifications:
In the Fall of 2012, a trial court in New Jersey ruled that the chiropractor for the plaintiff was not allowed to testify on MRIs for his patient because of his insufficient certification (and credentials) in the “eyes of the court” on MRI interpretation. During direct and cross-examination, the specifics of this doctor’s MRI education were clearly detailed and the judge went further and ruled that ALL chiropractors in New Jersey couldn’t testify on MRIs based upon this one doctor’s account of his training.

:dropcap_open:Therefore, the second significant megatrend in chiropractic is to be prepared with the appropriate credentials and certifications. MRI spine interpretation is only one example. :quoteleft_close: