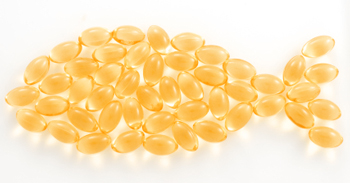 Misinformation abounds when it comes to fish oil, such as that created by marketers of “pharmaceutical grade” fish oil, a recent buzzword. Readers should be aware that there is no such thing as pharmaceutical grade fish oil. This is a term created by a nutritional supplement supplier. Nutrition companies are notorious for marketing very basic and common supplements as magical elixirs; fish oil may be the most obvious example.

There are likely to be at least a couple of thousand companies that sell fish oil, and many have a unique story. The fact is that only about five companies in the entire world manufacture fish oil supplements, which means that the 1000+ companies buy the same products from the same manufacturers. There may be slight differences among the products made by the five manufacturers; however, they are all very similar. I would suggest not falling for appealing marketing tales about product uniqueness, and stories about special resources in the northern Atlantic Ocean.

Another way to capture the attention of doctors, and their patients, is for a supplement company to advertise about unique fish oil purity and a mercury-free product. First, remember, all 1000+ supplement companies buy from the same five manufacturers. Second, there is no data to support the notion that fish oil supplements are a source of mercury toxicity. In fact, the opposite is true. A recent study looked at fish oil supplements sold by the following brands: CVS, Kirkland, Nordic Ultimate, Omega Brite, and Sundown. In short, either there were no detectable levels of mercury or it was at an insignificant level.1 To my knowledge, there are no reported cases of mercury toxicity from taking fish oil, which is likely one of the reasons the authors suggest that there is a greater chance of mercury toxicity from eating fish, compared to taking fish oil.1

Many are aware of mercola.com, Dr. Joe Mercola’s website for health and wellness. He has regular email newsletter that goes out for free. This newsletter is a bit more commercial than it needs to be; however, each email typically contains an interesting research article. Recently, Mercola has been heavily promoting krill oil as the absolute best oil for humans to supplement with, far better than fish oil.2 He provides fourteen references to his advertisement—only two of which involve krill oil specifically.

The problem with advancing krill oil as the premier oil to supplement is that we have virtually no studies on animals or humans. Even the two papers mentioned by Mercola cite references that do not involve krill oil.

The most objective way to begin looking at whether the claims regarding krill oil use are supported by research is to search pubmed.gov., using krill oil as the search term. Do this for yourself and you will see that only eight papers appear, and many are absolutely useless from the perspective of human nutrition. For example, reference #4 is titled “Feed training of peacock bass.”

Only two human studies seem to have ever been published on krill oil, and both are published in a nutrition company’s journal that is indexed on medline. One study looked at krill oil versus fish oil in the treatment of hyperlipidemia,3 and the other evaluated clinical outcomes in patients with premenstrual syndrome and dysmenorrhea.4 Both studies indicate that krill oil is superior to traditional EPA/DHA fish oil supplements. More studies need to be published.

There are no magic nutritional bullets. We simply need to eat less high calorie, low nutrient foods, and focus on low calorie foods (fruits and vegetables) that are rich in nutrients. In addition, taking a multivitamin, magnesium [calcium], fish oil, coenzyme Q10, vitamin D, and an anti-inflammatory botanical seems prudent.

Dr. Seaman is the Clinical Chiropractic Consultant for Anabolic Laboratories, one of the first supplement manufacturers to service the chiropractic profession. He is on the postgraduate faculties of several chiropractic colleges, providing nutrition seminars that focus on the needs of the chiropractic patient. He is also a faculty member at Palmer College of Chiropractic Florida, where he teaches nutrition and subluxation theories. He can be reached by e-mail at [email protected]