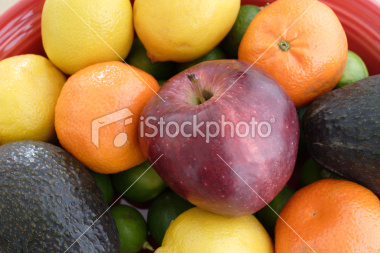 Cardiovascular disease is the number one cause of death in the United States. The pharmaceutical industry spends an enormous amount of money on advertising prescription drugs that will lower “bad” LDL cholesterol in order to lower the risk of heart attack or stroke. In fact, according to a report aired on 60 Minutes, much more money is spent on advertising than on researching solutions.

Homocysteine is a transitional sulfur-containing amino acid that is formed in the liver by the breakdown of methionine, which should be quickly transformed into other compounds. If this transformation does not happen and elevated levels of homocysteine are found in the blood, this indicates that a metabolic enzyme reaction was inadequate to meet demand.

Pharmaceutical interest in homocysteine stems from the fact that it can cause cholesterol to change to oxidized low-density lipoprotein (“bad” LDL cholesterol), which is associated with atherosclerosis. In addition, high homocysteine levels may increase the potential for blood clots, intensifying the risk of stroke. While no studies have shown that lowering homocysteine levels helps reduce strokes, heart attacks, and other cardiovascular events, it has been shown to be elevated in those at risk for heart disease.

Most people with a high homocysteine level do not get adequate amounts of betaine, vitamins B6, B12, and folic acid in their diet. It is well-known that diets high in meat and dairy products are deficient in these compounds, usually because of processing. Thus, marginal deficiencies can result in the accumulation of homocysteine.

Eating more fruits and vegetables (especially leafy green vegetables) can help lower your homocysteine level by increasing the folate you get in your diet. Good sources of folate include many breakfast cereals, lentils, asparagus, spinach and most beans.

If you or your patients do not have enough vitamin B6 in your diet, add good dietary sources like fortified breakfast cereals, potatoes, bananas, garbanzo beans and chicken. Dairy products, organ meats (such as liver), beef, and some types of fish are good sources of vitamin B12.

Dietary sources of betaine include beets, broccoli, and spinach. Interestingly, many wines contain betaine, particularly less expensive wines that use beet sugar to increase the alcohol content. Some experts suggest that this may be part of the “French paradox,” in which wine drinkers from France tend to have low rates of heart disease despite diets high in fat and cholesterol.

While dietary changes may be important to lower elevated homocysteine levels in the blood, accumulation of homocysteine has also been shown in patients with low levels of thyroid hormone, kidney disease, psoriasis, hallucinations, psychoses, and use of some prescription medicines.

At this point, I could present a list of pharmaceutical attempts to lower homocysteine levels; but, frankly, there isn’t a clear-cut known way to do that yet. What is known is well-documented in the literature. For example, while a high level of blood serum homocysteine is considered to be a marker of potential cardiovascular disease, current research is attempting to determine if serum homocysteine is the problem or merely an indicator of extant problems.

It is more important to point out that all prescription drugs have side effects, because they interfere or block normal enzyme systems in the body. Clearly, this is needed to save lives after damage has been done; but, if you could identify patients at risk before abnormal test results are identified, these problems could be prevented.

What is needed is an examination that will identify metabolic dysfunctions and viscerosomatic stress points in the body before elevated laboratory values are found. Only then can preventive measures be instituted that will remove the stress and restore normal function.

Poor protein digestion is the first step and poor liver metabolism of protein is the second step on the path to elevated homocysteine levels in the blood and cardiovascular degeneration. Both of these “metabolic dysfunctions” are seen in chiropractic offices everyday and are easy to recognize. Obviously, structural problems also begin with poor protein digestion, its metabolism in the liver, and maintenance of adequate calcium in the blood and tissues. The following is only a brief list of related problems:

• Hypochlorhydria (esp. in the elderly)

• Problems with skin, hair, and nails

Have you considered that a chiropractic examination can probably identify those patients at risk for elevated homocysteine levels and LDL cholesterol levels long before abnormal laboratory tests reveal the problem? The trick, of course, is early detection. For medicine, that means waiting for blood and urine tests to become positive before treatment can begin. Treatment then consists of recommendation of lifestyle changes and prescription drugs.

For the chiropractor, “very early” detection of physiological stress means recognizing chronic or recurring subluxation patterns emanating from a visceral source and involving poor protein and calcium metabolism. This is easily accomplished by recognizing muscle contraction patterns involving the spinal innervation to the digestive organs in the mid-thoracic spine, beginning with frequent occurrence of a Pottenger’s Saucer. After that, particular interest should be muscle contractions related to:

Cardiovascular dysfunction and recurring back pain in the shoulders and upper thoracic spinal area;

Liver and kidney dysfunction and recurring back pain in the dorso-lumbar spinal area.

I believe that, by broadening its vision and recognizing that metabolic dysfunctions produce viscero-somatic stress points, muscle contractions, and loss of range of motion, the chiropractic profession could ultimately serve as a true health care provider and leave sick care to medicine and the pharmaceutical industry.