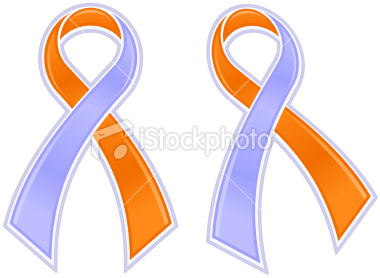 Prescription Drug Use for Psoriasis

Recently I have become aware of TV advertisements for prescription drugs used to treat psoriasis and rheumatoid arthritis. What captured my attention was the obligatory mention of their side effects, some of which are very alarming. Specifically the ad for Humira gave the following warnings: Humira treatment should not be started in someone with an active infection, and is not recommended for someone with a history of recurring infections. People taking Humira should be monitored for signs of infection and, if a serious infection develops, the medication should be stopped. TB, invasive fungal infections and other serious infections have been reported in Humira patients; some of the infections have been fatal. The infections often occurred in patients who were also using other medications that affect the immune system.

The characteristic psoriatic plaques, or lesions, are sharply demarcated, red and raised, covered with silvery scales, and bleed easily. These plaques usually do not itch, and will heal without leaving scar tissue or affecting hair growth. The nails may even become pitted.

Before going further, it is important to understand the processes that underlie the turnover of cells in the skin. Normally, it takes about 28 days for an epidermal cell to go from creation to shedding or scaling. Psoriatic cells complete this process in three or four days, or almost nine times faster than usual. However, there appears to be no impairment of the normal regulatory mechanisms of cell division. Thus, the result is often enormous buildup of fully matured cells that results, finally, in plaque formation.

The underlying cause of this rapid epithelial cell turnover is not known. Some theories cite stress, psychological factors, and genetics. Environmental factors, such as injury, stress, and cold climate, are important for some patients. Others believe nutritional factors are involved. But, it must be pointed out that dietary recommendations should be based on examination of the patient and not on generalities concerning psoriasis. About one third of patients experience spontaneous remission of the condition and, for most people with psoriasis, exposure to sunlight helps alleviate and sometimes even clear the condition.

Undoubtedly, the immune system is involved on some level, leading authorities to describe psoriasis as an autoimmune condition. It is true that flare-ups commonly accompany infections, especially infections of the upper respiratory tract. Pharmaceutical efforts are, therefore, directed at immune suppression, specifically at inhibiting tumor necrosis factor, classified as a cytokine.

Cytokines (Greek: cyto-, cell; and -kinos, movement) are a category of signaling molecules that, like hormones and neuro-transmitters, are used extensively in cellular communication. They are proteins, peptides or glycoproteins that are produced widely throughout the body by cells of diverse embryological origin—unlike hormones that are produced by specific organs. Nevertheless, there is conflicting data about what is termed a cytokine and what is termed a hormone. The anatomic and structural distinctions that would separate them are becoming clouded as more is learned about each.

Cytokines are critical to the development and functioning of the immune response. They are often secreted by immune cells that have encountered a pathogen, thereby activating and recruiting further immune cells to increase the system’s response to the pathogen.

TNF is a cytokine and its primary function is in the regulation of immune cells. TNF is also able to induce inflammation, inhibit tumorigenesis and viral replication. Overproduction of TNF has been implicated in a variety of human autoimmune disorders, such as rheumatoid arthritis, ankylosing spondylitis, Crohn’s disease, as well as psoriasis. Since TNF causes many of the clinical problems associated with these disorders, they are commonly treated by using a TNF inhibitor.

This inhibition of TNF can be achieved by using a monoclonal antibody such as Remicade or Humira, or with a circulating receptor fusion protein such as Enbrel.

The potential for these anti-TNF drugs in the treatment of autoimmune diseases is based on the role of TNF as the “master regulator” of the inflammatory response in many organ systems. In the Jan. 15, 2008, issue of the Journal of Rheumatology, a team from the University of Rochester observed that “anti-TNF compounds help eliminate abnormal B cell activity in patients.” One of the principal functions of B cells is to make antibodies against antigens. Of course, B cells are lymphocytes that play a large role in the humoral immune response, as opposed to the cell-mediated immune response, which is governed by T cells. In other words, starting TNF inhibition puts patients at increased risk of opportunistic infections.

The anti-TNF monoclonal antibody biologics, Remicade and Humira, as well as Enbrel are all currently Food and Drug Administration (FDA) approved for human use, and have label warnings, which state that patients should be evaluated for latent TB infection and treatment should be initiated prior to starting therapy with these medications. In patients with latent Mycobacterium tuberculosis infection, active tuberculosis may develop soon after the initiation of treatment and, before prescribing these drugs, physicians should screen patients for latent TB infection or disease.

The FDA issued a warning on 4 Sept., 2008, that patients on TNF inhibitors are at increased risk of opportunistic fungal infections, such as pulmonary and disseminated histoplasmosis, coccidioidomycosis, blastomycosis. They encourage clinicians to consider empiric antifungal therapy in all patients at risk until the pathogen is identified.

Milder and More Common Side Effects

According to the product label information, in studies of rheumatoid arthritis patients, the most common side effects included:

All prescription drugs cause side effects because they block normal human physiological processes. Are you aware of the chronic subluxation patterns TNF inhibitors can perpetuate in your patients?

Dr.Howard F. Loomis, Jr., DC, President of Enzyme Formulations®, Inc., has an extensive background in enzymes and enzyme supplementation. As president for fifteen years of 21st Century Nutrition® (now the Loomis Institute® of Enzyme Nutrition), he has forged a remark¬able career as an educator, having conducted over 400 seminars to date, in the United States and internationally, on the diagnosis and treatment of food enzyme deficiency syndromes. Dr. Loomis welcomes your comments or questions through the Loomis InstituteTM at 6421 Enterprise Lane, Madison, WI 53719 or by phone at 1-800-662-2630.Prescription Drug Use for Psoriasis