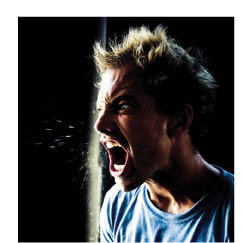 :dropcap_open:O:dropcap_close:n September 8, 1965, Dorothy Dandridge, the first black American to be nominated for an Academy Award for Best Actress, was found dead. The cause was an accidental overdose of Tofranil, an anti-depressant.

European medical practitioners have long utilized natural medicines and herbals to regulate psychosomatic disorders. In Europe, natural medicines are prescribed like other medications and enjoy widespread scientific and medical acceptance. All German medical students, for example, must learn phyto-medicine, and approximately 80 percent of German physicians regularly use natural medications in their practice. Unfortunately, in America pharmaceutical advertising has become so pervasive and successful that psychological drugs have become a first resort, regardless of their lack of effectiveness and their draconian side effects. (The United States is one of only two countries in the world that allow pharmaceutical companies to advertise directly to the consumer.)
The  public is finally becoming aware of how dangerous these anti-depressants are as more and more individuals go berserk on them! It’s beginning to exact a toll on our society. As holistic health professionals we understand that drugs are synthetic poisons and we simply cannot condone this poisoning of our citizens for profit to continue! Anti-depressant drugs are turning us into a nation of muddled, brain-addled addicts incapable of controlling our own emotions and behavior! These drugs are medically useless and physiologically dangerous. We have an obligation to speak out and educate our patients and the people we come into contact with and make them aware that superior natural alternatives to psychosomatic drugs are available. If we fail, the joke will be on us!
Reference
Galen O. Ballard is President of Titan Laboratories and directly responsible for the products division. His background includes undergraduate studies in research at the University of Denver with graduate work at the Universities of Wisconsin and Maryland. Galen may be reached toll free at 1-800-929-0945 or by email at [email protected]