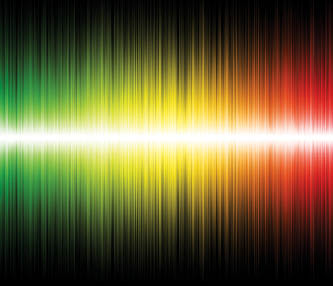 :dropcap_open:T:dropcap_close:he history of laser began in 1917 when laser theory was first postulated by Albert Einstein in his fundamental work “Zur quantum theories der strahklung”.1 The actual word LASER stands for Light Amplification by Stimulated Emission of Radiation and the use of that term was first published by Gordon Gould in 1959. However, it took over 40 years after Einstein’s initial work before the first laser was actually fired up by the American physicist Theodor Meiman in Malibu, California in 1960.2,3

Since its first introduction, laser technology has become part of many important items and processes in our everyday life. It is integral to things like laser pointers, CD players, and remote controls. Today, there are many hundreds of different lasers on the market, but they all can be divided into two major categories: “Hot” lasers that generate heat during the application and “Cold “or low-level lasers which do not generate significant amounts of heat.
High-powered lasers, most of which are continuous wave lasers, have output greater than 500mW. This type of laser can produce a significant thermal effect, thus limiting exposure time, and can constitute a huge disadvantage over low-level super-pulsed lasers.
For continuous wave high-powered lasers to be safer, the beam has to be of very low energy. For example, a continuous wave laser beam with the output of 200mW concentrated on an area of 1cm2 for about 8-10 minutes can produce first degree burns.
The second category is low-level lasers that produce a negligible amount of heat. Their output power is up to 500mW (per light emitting diode). This type of laser is capable of producing important photo-chemical and photo-physical effects on cells in the body. Low-level lasers can be either continuous wave or super-pulsed.
Power output for Super Pulsed Lasers can be as high as 50W. With this huge output power, Super Pulsed Lasers can deliver very significant amount of energy, which is compatible to High Powered Laser but without creating any noticeable thermal effect. This is due to extremely short bursts (100-200 ns) and the fact that tissue does not have the time to “react” with heat production to the high energy levels over such a short period of time. This characteristic of super-pulsed lasers makes them the treatment of choice for conditions that require longer exposure time to achieve therapeutic effects.
Some continuous wave lasers use a shutter mechanism to decrease the amount of energy delivered at a given time. This is called the duty cycle, which is the ratio between the length of time when the laser is on and off. If there is a mechanical block in place (shutter mechanism), the energy delivered by the Laser can be reduced by as much as 50%, depending on how long the shutter stays on. With the super-pulsed laser, the pulsing occurs naturally. Due to the chemical composition of a laser diode, there is a natural “flashing” of light energy from 0 to maximum power. For example, a super-pulsed laser with the output of 10W will have a duty cycle of 0.1%.4
Medicinal use of Low Level Laser Therapy (LLLT) dates back to 1967, when Hungarian scientist Endre Mester first observed that by using low-level laser on the shaved back of mice, hair grew back faster than in the control group.5 Since then many more scientists have been exploring the effects of Low Level Laser Therapy on different health-related conditions including pain, inflammation and swelling.
The big question among physicians today is: Are all lasers made equal? The answer is simply no, since the therapeutic effect of low-level laser relies heavily on the type of laser, its mean power output and depth of penetration. Depth of penetration in turn depends on wavelength, frequency and media type that the laser passes through to reach its target. For example, visible light low-level laser with a wavelength of 635-650 nm can penetrate skin to a depth of less than 1 cm. A laser with the wavelength of 835 nm can penetrate to a depth of about 3 cm and a super-pulsed GaAS laser with a wavelength of 904 or 905 nm can penetrate to a depth of about 5 cm. This ability to penetrate deeper into tissue and deliver high energy without thermal effect makes the GaAs 905 nm super-pulsed laser tool of choice for treatment of musculo-skeletal conditions.6,7
Media through which the laser passes to its target will also affect its therapeutic activity. The therapeutic window, defined by the frequency range where laser therapy is most effective, lays in the wavelength diapason from 632.8 to 905 nm. The Window is separated into two very distinct areas by the bio-absorption property of melanin which decreases radically at 780 nm.

Laser therapy has minimal contraindications and virtually no side effects, which makes it the treatment of choice for rapid, non-invasive pain and inflammation relief.
In an animal model intended to investigate effects of LLLT on pleural inflammation, Lopes-Martins et al. showed that carrageenan caused pleurisy in mice, and application of LLLT reduced migration of inflammatory cells.8
For many years, the analgesic effect of LLLT was thought to be due to a simple increase in endorphin production, but Honmura et al., by blocking opiate receptors with Naloxone, showed that this effect did not rely purely on endorphins.9 In a related study, Mrowiec et al. demonstrated that Nitric Oxide plays an important role in the analgesic effects of LLLT. In this animal model study, the pain-relieving effect of a GaAs laser was blocked after rats were injected with a NO syntheses inhibitor.13
In the article “A Meta-Analysis of the Efficacy of Laser Phototherapy on Pain Relief”, Fulop et al. indicated that Low Level Laser Therapy was more effective in pain relief and provided an increase in cervical ROM compared to a placebo.10 Gruszka et al. conducted a small study using LLLT on a group of 15 patients with single or multiple lumbar disc herniations. GaAs pulsed laser was applied to both lumbar spine and pain radiation sites. The treatment frequency was set at 3 to 5 times per week for 4 months. The results were monitored by CAT scan, EMG and gait analysis. At the end of the treatment, all patients reported to be free of pain. Diagnostic tests, such as gait analysis, neurological signs, and EMG documented objective improvement. The CAT scan, performed at the end of treatment, showed a decreased disc protrusion.11
In the double-blind and randomized placebo control study, Gur et al. demonstrated efficacy of 904 nm GaAs laser therapy in management of patients with chronic myofacial pain in the neck.12
There are many different marketing claims made by different companies, but there is one that is especially disturbing and needs to be addressed in this article. A laser cannot be used through clothes and achieve the same therapeutic effects as one used on bare skin. When light gets in touch with the clothing, it either gets absorbed (black or dark clothes) or deflected (light colored clothes). It is imperative to use the Laser on bare skin, or if performing therapy on bare skin is absolutely impossible, through a simple white cotton thin tin top as natural fibers are more permeable to light.
According to Jan Tunér and Lars Hode, world’s leading experts on Laser therapy, cloths with different thickness and color can potentially decrease Laser light penetration by 80 to 100%.14
With more than 6,000 scientific articles published to date regarding the clinical application of laser therapy and with around 250 new research papers being published each year, laser therapy is one of the safest and most researched modalities. As a result, it’s utilization is gaining popularity among physicians in different disciplines.
References:
Dr. George received his M. D. degree from Tbilisi State Medical University in the Republic of Georgia (the former Soviet Union). He also has a BA certificate from Tbilisi Business School.

Dr. George is a Clinical Consultant, and the Director for International Business Development for Multi Radiance Medical, a manufacturer of Low Level Laser Therapy equipment. To learn more, you may contact Dr. George at [email protected]