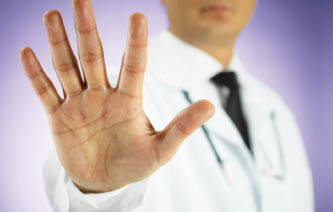 :dropcap_open:I:dropcap_close:n part 1 of this 2 part series, published in the April, 2012 edition of The American Chiropractor, I reported the exposure that IME and peer review doctors have in states with no “duty of care.” I reported, “While an ‘independent and peer review examination’ comes in many forms, from pre-employment to record review or at the request of an insurer or other third party payer, courts, both at the state and federal levels, have a dichotomy in opinion. Either the courts feel that the doctor is responsible for his/her actions in the doctor-patient encounter, no matter how limited, or they do not. The legal status is called “duty of care” and it is incumbent upon every IME and peer review doctor to understand his/her relationship of this ‘limited doctor-patient relationship’  to his/her duty of care, or lack thereof, and the grave pitfalls he/she faces as a result of that relationship” (Studin, 2012, p. 30).

There are many states, as reported previously, that have ruled the doctor has no duty of care towards the patient and has a limited doctor-patient relationship. However, in actuality, those doctors, although not in a traditional role with patients, do have a role and legal and financial exposure. In many states, the courts have ruled that there is a doctor-patient relationship and in spite of the language written by the IME doctor that historically says, “The above captioned claimant is examined in accordance with the restrictive rules concerning an independent medical evaluation. Prior to the evaluation, it was explained to the examinee that this appointment was for the purpose of evaluation only and not for care, treatment or consultation, and therefore, no doctor-patient relationship would result,” it does not exonerate the doctor from his/her court-determined duty of care to the patient.
The Appeals Court of Massachusetts stated, “The Appeals Court, Laurence, J., held that: (1) applicant’s claims that psychiatrist was negligent in his examination and diagnosis of applicant were within medical malpractice tribunal’s jurisdiction, and (2) applicant’s offer of proof to tribunal presented litigable issue as to psychiatrist’s liability. (Lambly v. Kameny, 1997).
The Appellate Court of New York found, “petitioner’s examination of the patients referred to him because he was a licensed professional practicing dentistry, and his issuance of written reports acting in that capacity which were intended to influence treatment authorization decisions by the referring companies pertaining to the TMJ claims of those patients, to be the type of professional activity falling within the scope of the review authority of respondents who are charged with regulating the professions in this State” (Kirschner v. Mills, 2000).
The Supreme Court of New Jersey found, “I join the Court’s opinion. I interpret its holding as imposing a duty on the physician to examine the individual competently, within the parameters of the third-party referral, and to disclose to that examinee any potentially serious condition revealed by the examination” (Reed v. Bojarsky, 2001).
The Maryland Court of Appeals found, “Physician may incur tort obligation which is nonconsensual and independent of contract under general rule that one who assumes to act, even though gratuitously, may thereafter become subject to duty of acting carefully, if he acts at all” (Joseph v. District of Columbia Board of Medicine, 1991).
The above are a sampling of rulings that have found that in an IME or peer review examination, there exists a “duty of care” in that limited doctor-patient relationship and those words written by the examining doctor have far less truth and raise questions that can only be answered by the courts. Is that a proper or misleading statement to the patient based upon the previous mid- and high-level court rulings in various states?
The next issue of equal importance is one of risk. In part 1, I described the exposure that each IME and peer review doctor has in this limited role.  The malpractice carriers NCMIC, OUM, ChiroFutures, Chiro Secure, CNA and the National Chiropractic Council all handle IME and peer review coverage slightly differently, although with similar coverage. From the best coverage to the worst in the country regarding peer review and IME defense, the most coverage you will get is $50,000. However, understand what is being covered. The most coverage gives you $50,000 aggregate for legal defense only, while the broadest language gives you $25,000 for legal defense and damages. The worst coverage/language covers nothing.
In those states where a “duty of care” has been determined, the coverage remains the same from the malpractice carriers, from zero to $25,000 per case. In this litigious society, that equates to no coverage based upon the cost of legal defense and potential exposure to verdicts and settlements. However, those doctors also now have to answer to the standards of their licenses and licensure board investigations. Now, they cannot be insulated against malpractice cases.  With rulings that there is a “duty of care,” the courts give the malpractice carriers the right to say these are practice issues, but because they are IME or peer review cases, policy parameters, as previously mentioned, offer little to NO malpractice coverage, once again leaving the IME and peer review doctors to be the real risk takers and insulating the carriers from significant losses.
The doctors in states where the courts have found a “duty of care” in IME and peer review examinations have significant more exposure with:
References: