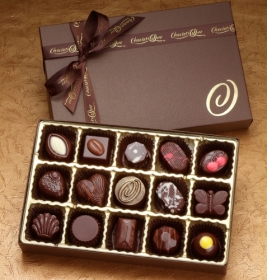 When I attend chiropractic conventions/seminars, I am often invited to have a meal with other DC’s. Not uncommonly, the doc(s) will apologize in advance for eating unhealthy food, or ask me not to criticize them for eating such things as French fries or pancakes. For the record, I am not part of the diet police, so people need not worry about such things. However, there are certain eating guidelines that apply to all of us humans, and it is our choice as to how closely we wish to follow the guidelines.

Producer/director Morgan Spurlock decided to see what would happen if he ate only McDonald’s food for thirty days. At McDonald’s, the classic meals consist almost exclusively of grains and animals that ate grains, as well as sugar and engineered foods. In a mere thirty days, Spurlock gain about twenty-five pounds and showed signs of liver damage and heart disease; his physicians were in shock at the changes that took place.

Humans tend to get very attached to their diets. Contrast the struggle that you may have trying to stop eating donuts or McDonald’s, for example, with a change in diet you institute with a pet. If you decide to change the dog’s diet, by shopping for dog food at the health food store, that is the end of the issue for your pooch. You put the new diet in front of the dog, and it is eaten. There is no negotiating; you make the change and the dog must live with it…and the dog lives on happily and is still your best friend. Humans don’t manage to change their diets quite so easily.

Telling someone who loves desserts that they can never have a dessert again is unreasonable and not a goal that is likely to be realized. Fortunately, eating healthy does not mean that we can’t also have desserts; and, further, eating desserts does not mean that the desserts have to be unhealthy. Dark chocolate is a healthy dessert option, so much so that a recent article suggested that we should include dark chocolate in the diet to help reduce heart disease.1

Dark chocolate can be eaten alone and added to other foods, such as cherries and blueberries. I like to pour a little bit of organic heavy cream on top of frozen cherries and/or blueberries. As the fruit thaws and the cream seeps into the fruit, I sprinkle on a little chopped up dark chocolate…talk about a magnificent tasting dessert. Try this for yourself; it is so good, you’re likely to stop buying regular ice cream and other desserts. Your patients are likely to have the same reaction.

Replacing ice cream, donuts, cookies, etc., with fruit and dark chocolate represents a highly anti-inflammatory activity. Couple this with eating more vegetables, and our patients can move toward pursuing an anti-inflammatory state that may be protective against numerous diseases. Adding a supplemental multi, magnesium, EPA/DHA, coenzyme Q10, and ginger/turmeric, will provide additional anti-inflammatory support.

Dr. Seaman is the Clinical Chiropractic Consultant for Anabolic Laboratories, one of the first supplement manufacturers to service the chiropractic profession.  He is on the postgraduate faculties of several chiropractic colleges, providing nutrition seminars that focus on the needs of the chiropractic patient.  Dr. Seaman can be reached by e-mail at [email protected].