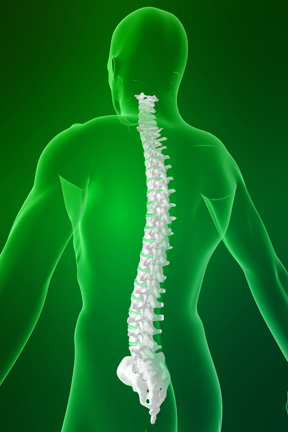 Where is the research to explain subluxation?

Where is the research to explain chiropractic? and…

The answer…IT DOESN’T EXIST! There is supportive research about chiropractic and musculoskeletal conditions and that is a very, very, very GOOD START!

When you do not have the supporting research, you leave yourself and the entire chiropractic profession exposed to negative legal sequella. The following (which was obtained from http://vertebralsubluxation. mccoypress.net) happened to the RMIT Chiropractic Paediatric Clinic in Australia in 2010, with the bulk of the information used against them coming directly from their Web site.

“A ‘Request to shut down RMIT Chiropractic Paediatric Clinic for teaching disproven treatments that target pregnant women, babies, infants and children’ has been filed with the Australian Minister for Health and Aging.  Ms. Loretta Marron, the author of this report, claims that the RMIT Chiropractic Paediatric clinic is ‘teaching inappropriate, potentially dangerous, techniques that target pregnant women, babies, infants and children…[who] are particularly vulnerable groups, easily exploited by chiropractors.’”

Citing a lack of appropriate evidence for chiropractic treatment of these population groups, she requests that the RMIT clinic be shut down until further evidence can be produced.  Ms. Marron continues on with a request that other institutions, such as Murdoch and Macquarie, also be investigated for similar actions.

The author also suggests that a ‘re-education campaign be urgently initiated to provide information to both consumers and chiropractors as to what they can or cannot claim, based on the balance of evidence-based medicine.’  The basis of her claims refer to expert testimony such as that of Dr. Simon Singh and several medical doctors, and the United Kingdom General Chiropractic Council’s May 2010 Guidance on the Vertebral Subluxation Complex.  Ms. Marron also cites claims on chiropractic practitioner websites and calls on the Council on Chiropractic Education Australia (CCEA) to reassess competency standards for chiropractors…”.

While the article goes on to explain how unjust the claim and suit is, the fact is that there is a law suit against not just an individual or individual practice, but against an entire profession. This suit will be able to create precedent utilizing the courts to further define the scope of chiropractic within the reach of the courts and will be just the beginning.

It doesn’t matter if you believe in adjusting, manipulation, subluxation care, structural care or adjunctive therapy. All of the above is chiropractic. You don’t have to believe me; read the scope of practice for chiropractic in the entire 50 states of our country and you will find provisions for treating patients within those scopes that account for everything in the beginning of this paragraph.

The nonsense of abandoning the language of adjusting in order to give away what makes chiropractic unique is so self-serving. No one cares whether we “adjust” or “manipulate” them other than ourselves. It is inbreeding at its worst. On the other hand, if you do not teach and practice the correction of nerve interference using the adjustment/manipulation, you are creating a more sophisticated class of physical therapists or physician assistants, if you believe adding prescriptive rights is the solution in the absence of correcting the nerve interference at the spinal level.

Whether you are on the far left or far right of chiropractic, please stop shooting the rest of us in the feet. The public, the referral sources and the legislators really don’t care what we call what we do; they only want the proof that what we do works. We have given them the rhetoric for 116 years with a smattering of scientific evidence to back it up. In Australia, for the issue to go away, all it would take is a peer reviewed scientific piece of literature to be put on the front cover of every newspaper with a headline that reads, “Chiropractic Works for Children.” Quite a change of perspective and that slight change is the difference between being “king of the hill” and not having a hill.

Stop being defensive and fighting for what your individual dogmatic beliefs are and fight for chiropractic and all chiropractors because, no matter your beliefs, we are all chiropractors whether on the left, center or the middle. Support the only avenue to bringing all of chiropractic to where everyone wants it, via research. That is the only way chiropractic will survive. Today they are looking to take pediatric care away; next week, it could be scoliosis care and on and on until we have nothing left, but to be glorified physical therapists or extinct as a profession. The choice is yours.