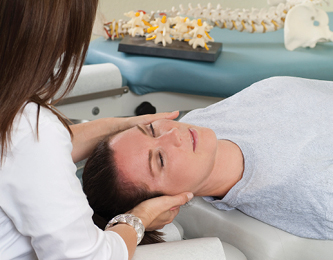 :dropcap_open:M:dropcap_close:y mantra for many years was “Chiropractors adjust and osteopaths and physical therapists manipulate.” I had a dogmatic philosophical belief that anything else was blasphemy and that sentiment was and is shared erroneously by many. Over the years, I have felt that nomenclature was more of a philosophical issue that served to divide the profession and I was of the opinion “Who cares about words? Let’s call it a left elbow to the spine and move on together.” I was wrong!

The nomenclature utilized in a healing, regulated profession cannot be based upon belief. It must be based upon standards taught in our teaching institutions and verified both by research and in the field daily as practiced by clinicians and evidenced by their results. Having spent the last few years researching chiropractic and related topics and having spoken to many in our teaching institutions, it has become “crystal clear” as to why we have gravitated towards the label “manipulation” as a descriptor of what we do rather than “adjusting.” Until you “read between the lines” and see how we are being seen as a result of the lines being blurred, you will not understand the dilemma the dichotomy of language has created.

If we look at a Barnes, Bloom, and Nahin (2008), we see that 2002 findings revealed that chiropractic had a 7.5% utilization rate among Americans 18 years of age and over. In 2007, the results for chiropractic read “xxx,” meaning the category was not applicable because there were no chiropractic statistics. Our utilization was placed under the banner of “manipulation” and lumped together with osteopaths. The formal heading is “chiropractic or osteopathy manipulation.”  Some may see this as progress, as we are now being considered equals in the eyes of the government with doctors of osteopathy. However, based upon the facts we are no longer being quantified for utilization as a separate and distinct profession.

Cerritelli et al. (2011) published research findings revealing that “…among patients affected by cardiovascular disorders, osteopathic treatment is significantly associated to an improvement in intima-media and systolic blood pressure after one year” (p. 69). They went on to detail what osteopathic treatment or osteopathic manipulative technique (OMT) is. “OMT is characterized by different techniques, i.e. myofascial release, craniofacial, High Velocity Low Amplitude (HVLA) manipulation, Balanced Ligamentous Tension (BLT), Muscle Energy Technique, biodynamic, strain-counterstrain, etc. This wide range of techniques permits the operator to choose the more appropriate to apply on a patient in a given moment. During scientific studies, OMT can be used as an approach, as was done in this study, or as an isolated technique” (Cerritelli et al., 2011, p. 69). The published definition of an OMT is not close to a chiropractic manipulation, it is identical.

While everyone within the chiropractic world knows this to NOT be true, the scientific community has reported this and our regulators, payors and referrers (primary care physicians who treat 95% of the population and control 95% of the referrals in America) have accepted this. We, as a profession, have validated their arguments and research findings by exclusively using the tag “manipulation” for chiropractic in too many venues and publications. Conversely, Welsh and Boone reported in 2008 on the sympathetic and parasympathetic responses to specific adjustments to chiropractic vertebral subluxations. The metric that was being analyzed was blood pressure and pulse rate. They reported, “Diastolic pressure (indicating a sympathetic response) dropped significantly postadjustment among those receiving cervical adjustments, accompanied by a moderate clinical effect (0.50). Pulse pressure increased significantly among those receiving cervical adjustments, accompanied by a large effect size (0.82). Although the decrease in pulse pressure for those receiving thoracic adjustments was not statistically significant, the decrease was accompanied by a moderate effect size (0.66)…It is preliminarily suggested that cervical adjustments may result in parasympathetic responses, whereas thoracic adjustments result in sympathetic responses.

Furthermore, it appears that these responses may demonstrate the relationship of autonomic responses in association to the particular segment(s) adjusted” (Welsh & Boone, 2008, p. 86). The clear conclusion is that a specific chiropractic adjustment is the reason for the positive outcome.

Rochester reported in 2009 that “The data supports the alignment model’s predictive validity by suggesting that a threshold of altered atlas alignment toward the orthogonal configuration following the first adjustment was associated with a better outcome inc 2-weeks for disability from neck pain” (p. 173). Again, the conclusion is clear that a specific chiropractic adjustment is the reason for the positive outcome and cannot be used to validate physical therapy or osteopathy under the generic banner of manipulation. In addition, physical therapists and osteopaths do not perform adjustments, therefore precluding them from laying any claim to the successes of chiropractic.

The study concluded that chiropractic care during the health maintenance care period resulted in:

The study concluded that chiropractic care during the disability episode resulted in:

The next challenge is billing. CPT codes 98940, 98941, 98942 and 98943 are labeled “chiropractic manipulative therapy,” forcing all doctors of chiropractic to utilize the manipulation label to get paid. The primary difference in this “carve out” code is that the word “CHIROPRACTIC” comes first. If all chiropractic research and literature and arguments used “chiropractic manipulation” and not just “manipulation,” it would be better. However, this is not the best solution that would ensure our separation and distinct position among other healthcare professionals because the words and lines still blur.

A literature search for “chiropractic adjustment” rendered 596 results without all of them being peer reviewed journals. However, all were specific to chiropractic and each is a building block to grow on. A literature search for “spinal manipulation” rendered 8,145 results, but only 3,518 had “chiropractic manipulation” in the text. There is so much overlap in what we do versus what others do that others often lay claim to chiropractic manipulation results to certify non-chiropractic care. We are empowering other professions that manipulate and the regulators, payors and referrers who utilize the research must get a clearer message for chiropractic to flourish. The results are: we get reimbursed at the lowest level or none at all (i.e. Medicaid), there is ongoing legislation further limiting chiropractic care, we are prevented from participating in too many local, state and Federal programs and we are bypassed in the referral process by well meaning but misinformed referral sources such as primary care physicians who rely on literature for verification of the best referral pathway.

Organized medicine controls the purse strings of everything related to healthcare in government, locally and nationally, and we do not have enough money to fight them because we have not centralized as a profession like physical therapists have with the American Physical Therapy Association. Who does organized medicine control? Physical therapy, osteopathy or chiropractic? The answer is obvious and armed with literature that erroneously states that DCs, PTs and DOs all do the same thing, individual outcomes will be overlooked for politics, power and money as they have been for the last 116 years by those that significantly control our destiny. It cannot be business as usual or we will keep being homogenized, as the US Census Bureau already has done, to the point where no one will recognize the power of a chiropractic adjustment. For proof, see the history of osteopathy, and if we take that pathway, realize that unfortunately today virtually no one says “I need to see my osteopath for a manipulation.”