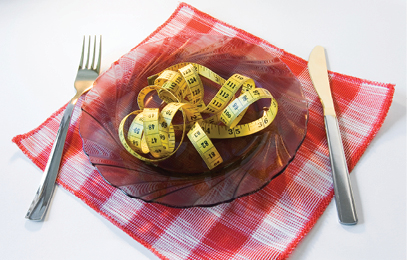 :dropcap_open:L:dropcap_close:ow back pain is one of the most common reasons patients visit all physicians in the United States and it represents a substantial financial burden on society (1). The most common treatments are pharmaceuticals, which are either prescribed or self administered, and manual care, which is delivered largely by chiropractors. Nutrition is not generally considered in the treatment of low back pain and, in fact, there are few trials that have specifically studied the effect of diet and/or supplements. This leads some to incorrectly view that nutrition may not be useful. The problem with this view is that no matter where the pain may be, the same peripheral and central nervous mechanisms are involved, which includes the release of chemical mediators, such as prostaglandins and cytokines (2), which are known to be modulated by diet and supplementation (3). In this article, three different types of common pain patients will be discussed. Those whose back pain begins without obvious injury; those who suffered an obvious strain that led to pain; and individuals with chronic aches and pains that vary in intensity and generally make life miserable.

In human and animal studies, caloric restriction has been associated with the reduction of pain and inflammation (4-6). The precise mechanisms are not known for sure; however, it is clear that overeating nutrient-free and calorie dense foods will lead to postprandial elevations in glucose and triglycerides, which is associated with inflammation and is referred to as postprandial dysmetabolism (7). Americans spend most of their waking hours in the postprandial dysmetabolic state (7). While postprandial dysmetabolism is largely studied in the context of heart disease and diabetes, it can be applied to all conditions associated with inflammation. In other words, it makes no sense for patients with pain to live their lives in the postprandial inflammatory state. Identifying these patients in advance is helpful; they are overweight and sedentary, which is the majority of patients. These patients overeat sugar, flour, and excessively fatty foods at the expense of vegetables and fruit.Perhaps a chronic postprandial dysmetabolic inflammatory state is why patients are less responsive to spinal adjustments today, compared to yesteryear. This has been suggested to me as a possible reason by numerous DCs in the past twenty years who had been in practice for at least 40 years.  Modest caloric restriction immediately reduces postprandial inflammation (7), a practice that should be adopted by all patients in pain. Simply cut out the high calorie dessert foods and snacks and increase the consumption of whole foods, particularly vegetables and fruit.

Back pain that develops without obvious injury

Many patients present with back pain that slowly develops without an obvious inciting injury. Many of these patients have tried anti-inflammatory medications without success and so decide to give chiropractic a try. It is important to remember that many of these patients enter your office in the postprandial dysmetabolic inflammatory state. They likely need mechanical and chemical care as outlined in Table 1.

White willow bark is a good choice for this category of back pain patient and should be taken as needed to help modulate the pain. Back pain guidelines and review articles have identified that white willow is no less effective than medications and is associated with less side effects (1,8). Important to note is that white willow bark should not be viewed as a “natural aspirin.” The beneficial effects of white willow are thought to be due to its unique flavonoid profile that offers a novel analgesic effect (9).

Back pain that develops due to an obvious injury

When patients state that a specific mechanism of trauma was responsible for their back or other pain, the key term to be thinking about is “acute inflammation.” Clearly, these patients need to avoid the postprandial dysmetabolic inflammatory state. Care should be given to delivery of manual care as the tissues are acutely inflamed and can be further injured. Table 2 also includes the use of proteolytic enzymes as a component of the treatment approach.

Proteolytic enzymes include bromelain, trypsin, chymotrypsin and papain. Research has identified multiple mechanisms of action. The most notable in the context of acute inflammation is that proteolytic enzymes help to activate plasmin, which degrades fibrin and can help control tissue fibrosis after acute injury (10). Proteolytic enzymes should be taken on an empty stomach at least three times per day. A very safe dose ranges from 600-2000 mg per day (10) for about a week. In a study on ankle sprains, subjects that took enzymes were back to work in less than 2 days compared to over 4 days for those taking the placebo. And those taking enzymes were back to exercising again in under 10 days versus almost 16 days for the placebo group (11).

As people age, they become accepting of aches and pains as if they are normal. This view is not accurate. In most cases, their musculoskeletal pains can be effectively modulated with manual treatments and nutritional interventions. The majority of these patients do not realize that they have lived in a postprandial dysmetabolic inflammatory state for perhaps decades. Reducing caloric intake is as important as lifestyle. I would suggest making their college or high school body weight the goal to be achieved.

Table 3 includes various botanicals in addition to manipulation and caloric reduction. Ginger and turmeric are two of the most studied botanicals (12,13). Typically about 1-2 grams per day are recommended and should be taken on a continuous basis. Substantial pain reduction has occurred for patients with rheumatoid arthritis, osteoarthritis, and general musculoskeletal pain (12).

Dr. Seaman is a Professor of Clinical Sciences at the NUHS branch campus at St. Petersburg College in Florida. He is also a Clinical Consultant for Anabolic Laboratories. He has written numerous articles on the treatment options for chronic pain patients, with a focus on nutritional management. He can be reached at deﬂ[email protected]ﬂame.com.