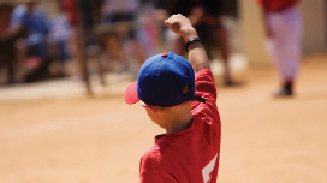 The patient is a 13-year-old boy who was identified at a school screening to have a discrepancy in his shoulder heights. His parents were advised to contact an orthopedic surgeon for further evaluation. They reported that the orthopedist found evidence of a scoliosis, but recommended a “watch and wait” approach. No treatment was offered, but if the boy’s spinal curve increased, he (the orthopedist) would be available to perform spinal corrective surgery. The boy’s parents are requesting a second opinion, and any recommendations for non-invasive, conservative care. The patient has no back symptoms, and neither he nor his parents recalls any back injury. He is regularly active in several physical activities, including softball and swimming.

Postural examination. Standing postural evaluation identifies a left low pelvis, and a right low shoulder. His knees are well-aligned, but he has an obvious medial bowing of the left Achilles tendon, with a lower medial arch on the left foot.

Chiropractic evaluation. Motion palpation identifies several mild limitations in spinal motion: the left SI joint, the lumbosacral junction, T11/12, and at the cervicothoracic junction. Palpation finds no local tenderness in these regions, and he has full and pain-free active spinal ranges of motion. Thoraco-lumbar lateral bending is equal for both sides, and the Adams forward bending test finds no evidence of rib hump or persisting curve.

Lower extremities. Closer examination finds that the left medial arch of the foot is lower than the right when standing. When he is seated and non-weightbearing, the left arch appears equal to the right. And when he performs a toe-raise while standing, the left arch returns. Manual muscle testing finds no evidence of muscle weakness in the peroneal or anterior tibial muscles.

A P-A full-spine film demonstrates a C-curve scoliosis, which encompasses the lumbar and thoracic regions. The sacral base is lower on the left by 3 mm, and the Cobb angle is 12°. A collimated pelvic view with the femur heads centered finds a difference of 6 mm in the heights of the femur heads, with the left side lower.

Here we have a classic case of a functional scoliosis associated with a unilateral flexible flat foot. By definition, this eliminates the concern of a progressive idiopathic scoliosis, which had given the parents cause for worry. The condition is accompanied by multiple areas of mild joint motion restriction and compensatory spinal fixations.

Adjustments. Specific adjustments for the lumbopelvic and thoracolumbar spinal regions were provided as needed. Manipulation of the left foot, including the navicular and cuboid bones, was performed.

Support. Individually designed stabilizing orthotics were provided to ensure balanced support for both arches and to reduce weight-bearing asymmetry. Particular emphasis was placed on wearing the supports in his athletic shoes.

Rehabilitation. Because of his age and athletic pursuits, no specific rehabilitation exercises were provided. He was able to continue in his sports activities without difficulty.

All spinal and foot adjustments were well tolerated, since he was young and symptom free. The orthotics improved his postural misalignment and eliminated the shoulder discrepancy. After two months of care, repeat full-spine x-rays with his orthotics in place found only a minimal (3 mm) leg length discrepancy, a level sacral base, and a 6° Cobb angle (which is considered non-scoliotic). He was released to a self-directed home stretching program after a total of eight treatment sessions over two months.

This active 13-year-old boy responded well to a combination of spinal adjustments and stabilizing orthotics. Although he was asymptomatic, his parents worried about him being a potential candidate for spinal surgery, based on the specialist’s opinion. Chiropractic evaluation found his scoliosis to be functional, and his flat foot was found to be flexible. Appropriate conservative care was initiated, and was ultimately very successful. In most cases, a functional scoliosis responds well to chiropractic care, and is unlikely to require surgery.