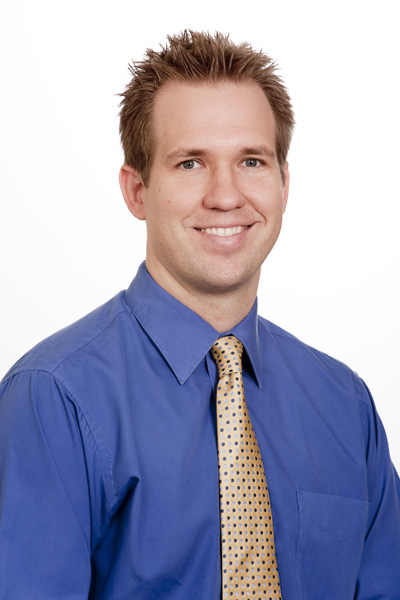 When Indianapolis Colts quarterback Peyton Manning steps up to the line of scrimmage to call a play, a complex series of events is taking place. Manning is surveying the formation of the opposing team, watching for patterns in their stance, formation, or even where their eyes are focused, searching for any clues that might tip their hand. In his mind’s eye he is comparing what he sees on the field to the hundreds of hours of game film he’s watched in dark meeting rooms.

If he doesn’t think the play that has been called will be successful he steps back from the line and starts yelling out phrases like “Trips Right 255 X Block Slant H Disco Alert 12 Trap”. In football lingo this is known as “calling an audible”. To the untrained ear these words might sound like utter nonsense, but to Manning and his teammates they signify that a new play has been called, hopefully one that will be successful. The process of calling an audible is not unique to the football field in business we must be constantly surveying the landscape for potential pitfalls or opportunities.
Whether we like it or not, change is upon us in the healthcare community. Sweeping national reforms that have been rumbling through Washington will affect chiropractic for years to come in ways we probably cannot imagine. While I have faith in our state and national associations to represent our profession to the best of their abilities, it would be a huge mistake to not consider what effect these changes will have on chiropractic. Regardless of your political affiliation, I think we can all agree it’s a safe bet that it will be difficult to practice chiropractic the same way you did ten years ago and earn an equivalent income. The effects of national health care reform will be minimal on PI cases. Isn’t it comforting to know that you have a percentage of your income that you can rely on no matter who controls Washington?
Another frustration many chiropractors face when dealing with Medicare, HMOs, and the like is the restrictions that insurance plans place on the practice. I had a colleague remark to me once that one of the nicest things about treating auto accident victims is that he felt like he got to “just be a doctor”. What he meant was that the treatment of patients on many insurance plans makes you feel like you’re playing “Let’s Make a Deal” with their policy rather than giving the highest standard of care. Which will it be today Mrs. Jones electric muscle stimulation or your rehab exercises, because your insurance won’t pay for both!
We’ve all had patients who could have really benefitted from things like massage therapy, acupuncture, modalities, or rehab and just didn’t have any coverage for it in their policy. Most auto insurance carriers will cover any treatment that is medically necessary without creating the name onerous restrictions as many health insurance policies. It really is refreshing to be able to give an injured patient the care they need without concern for the number of visits allowed or whether or not a particular therapy is a covered benefit.
For these reasons (and many more) I think that all chiropractors should consider increasing the role of personal injury cases in their practice. I believe that in any situation we have complete control over how we react. The Chinese certainly believe this.  As President John F. Kennedy noted in a famous speech, th e Chinese character for the word “crisis” is a combination of the characters for “danger” and “opportunity”. We may not like the situation at hand, but the decision to take action or sit back and complain rests squarely on our shoulders.

Dr. Jonathan Walker is a practicing chiropractor and president of the PI Marketing Institute. Dr. Walker has developed a complete PI marketing system called PI Marketing Elite that is dedicated to teaching chiropractors how  to ethically and honestly build PI practices. You can contact him directly at [email protected] or online at www.pimarketingelite.com.