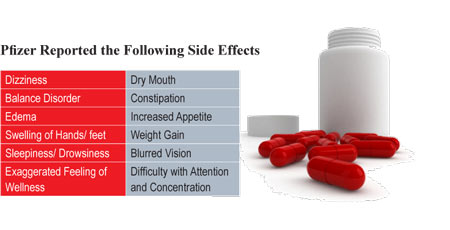 Fibromyalgia is the most common widespread pain condition in the United States, yet its causes are still not fully known. While both men and women can experience fibromyalgia, 80 percent to 90 percent of those diagnosed are women.

Fibromyalgia Syndrome (FMS) is considered to be a specific, chronic non-degenerative, non-progressive, non-inflammatory, systemic pain condition. This means it has a specific set of signs and symptoms that occur together. However, the National Institutes of Health have reclassified it as a true disease, while most authorities today say that, technically, FMS is not a disease. Diseases have known causes and well-understood mechanisms for producing symptoms and the cause of fibromyalgia is not known.

Fibromyalgia places large financial costs on patients and society. It causes lost work days and lost income as well as the need for disability payments.

Fibromyalgia is no longer considered to be a psychological condition, but it can impact mood and cause distress. In that way, it is similar to other chronic pain conditions. However, the majority of sufferers do not have mood-related disorders.

The essential symptom of FMS is pain, except in the case of elderly patients who are more troubled by fatigue and depression. Younger people experience discomfort after minimal exercise. Low-grade fever or below-normal temperature, and skin sensitivity are also common.

According to the American College of Rheumatology, to be diagnosed with fibromyalgia patients must have widespread pain that has lasted at least three months. They must also experience pain in at least eleven of eighteen parts of the body known as “tender points.” However, it is not necessary for all of those tender areas to be present at the same time.

Laboratory tests for fibromyalgia are valid only to rule out other conditions. There are still no objective tests that can accurately identify fibromyalgia. It cannot be detected through a blood test or X-ray. Chiropractors must perform a “tender point” exam to make a diagnosis, something they are uniquely qualified to do.

Patients experience chronic widespread pain, multiple tender points in the neck, shoulders, back, arms, and legs. Pain can be above or below the waist and on the right and left side of the body and, in fact, must be found in all four quadrants for diagnosis.

The outlook for people with fibromyalgia under chiropractic care is quite good when exercise and diet are included based on the results of a careful examination and structural findings. Because fibromyalgia has so many symptoms and causes, your chiropractic findings will differ from patient to patient. Clinically, I have found fibromyalgia to be related to visceral dysfunction generally and autointoxication specifically, with differing muscle contraction and subluxation patterns. Therefore, I believe a purely structural or pharmaceutical treatment approach will fail.

About a year ago (June 2007), the F.D.A. approved pregabalin for the treatment of fibromyalgia in adults 18 years and older and Pfizer began marketing the drug under the name of Lyrica. Previously pregabalin was used in the treatment of diabetic peripheral neuropathy, post-herpetic neuralgia, and for adults with partial onset seizures.

Prior to the introduction of Lyrica, symptoms of fibromyalgia had been treated with NSAIDs, other pain or sleep medications, muscle relaxers, or antidepressants. None of these has proven to be satisfactory.

How does the drug work?

The mechanism for the effectiveness of Lyrica is not known and there are no objective tests to determine its need. However, it is believed the drug reduces or blocks pain receptors.

Two randomized studies of 1800 patients used double-blind, placebo-controlled clinical trials and showed that doses of 300 mg or 450 mg of Lyrica per day reduced pain and improved function, often by the end of the first week of treatment. However, the symptoms quickly worsened when the drug was withdrawn.

Also, be aware that studies showed that the drug made male animals less fertile and birth defects occurred in the offspring of male animals who were treated with pregabalin.

Pharmacists will, of course, advise patients of possible adverse drug interactions that can occur with Lyrica, but it is also important to keep yourself informed and monitor your patients prescription drug use. Patients who have had prior drug or alcohol problems may be more likely to misuse Lyrica.

Other harmful interactions can occur with antihistamine and barbiturate use. Also look for medications used for Parkinson’s disease, diabetes, pain, or for nausea/vomiting, as well as muscle relaxants and sleep medications.

The use of Lyrica for symptoms of fibromyalgia has not been studied in children and pregnant women or those who are breastfeeding. Also no studies have been reported on the development of nutrient depletion for this drug.

Howard F. Loomis, Jr., DC, President of Enzyme Formulations®, Inc., has an extensive background in enzymes and enzyme supplementation. As president for fifteen years of 21st Century Nutrition® (now the Loomis Institute® of Enzyme Nutrition), he has forged a remarkable career as an educator, having conducted over 400 seminars to date, in the United States and internationally, on the diagnosis and treatment of food enzyme deficiency syndromes.