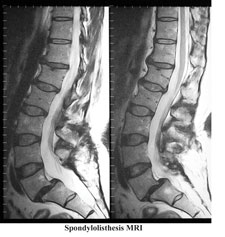 Low back and leg pain are the eighth most common reason for visits to the physician’s office. Consensus among the health care industry is that most hospitalizations for low back pain are unnecessary, and that a need for improved outpatient alternatives exists.2

The intervertebral disc has been estimated to be responsible for between 26-40% of low back symptoms.3,4,5 Once thought of as avascular and lacking in neural tissue, studies have shown that the disc has a dual nerve supply, anteriorly with sympathetic nerves and posteriorly via the sinuvertebral nerves.6 Kinematic studies have illustrated that the degenerative process begins as early as the second decade of life.7 Degenerated discs have been shown to behave differently than non-degenerated discs8 and often affect segmental vertebral motion with a preference for restricting axial spinal motion.9

Disc herniations are defined as displacement of disc material beyond the limits of the intervertebral disc space, involving less than 50% of the disc circumference10, and rarely occur without concomitant or pre-existing mechanical, degenerative, or muscular deconditioning issues.11 Once symptoms are under control, gradual resumption of activities and targeted exercises to retrain the “weak link” via movement assessment typically ensues.12

Costs for treatment of back related pain continued to rise by 65% over the period from 1997 to 2005, fueled by a 423% increase in the costs associated with narcotics, as well as the costs of other medications, diagnostic imaging, injections, and surgery.13 Although not included in the 2008 JAMA review, chiropractic care has been estimated to represent 2.9% of the costs associated with occupational low back pain.14 Despite the narrow indications for non-elective spinal surgery, which are essentially cauda equina compression, neurological deterioration, or failure to respond to non-operative measures,15 the rates of spinal surgery doubled over the course of 1992-2003, with fusion procedures fueling the increase.16

Uniquely positioned in today’s healthcare market as conservative spine care specialists, chiropractors have been described as “uniquely trained in the diagnosis and non-interventionist management of neuromusculoskeletal disorders.” With an armamentarium of non-invasive procedures, DC’s are considered “less invasive than physiatrists or surgeons, more skilled in neuromusculoskeletal diagnosis than internists, with greater diagnostic acumen than physical therapists.”17 The use of chiropractic care has been linked to favorable outcomes in pain management, functional disability, and patient satisfaction.18 Chiropractic care has also been shown to reduce hospitalizations, back surgeries, and imaging.19

Although falling short of recommending a specific course of care, the Spine Patient Outcomes Research Trial (SPORT) reported that, over a 2-year period, those patients with an MRI-confirmed disc herniation treated non-operatively fared as well as those treated with surgery.20 Weber suggests that 90% of patients with sciatica respond to conservative care.21 For patients with degenerative disc disease, surgery should only be considered an option after at least six months of aggressive non-operative care.22

In addition, several studies have shown that disc related disorders can be successfully managed with non-operative measures such as traction/decompression and manipulation, which have shown promising results in the form of favorable anatomical changes to the intervertebral disc such as imaging confirmed reduction of disc herniations23 and disc rehydration on T2 MRI imaging,24 reduction in intradiscal pressure,25 and increased intervertebral foraminal width.26 In addition, favorable neurophysiological changes to irritated neural tissue have been documented with spinal manipulation.27 The safety of chiropractic manipulation for low back problems has been well documented, and the incidence of complications has been estimated as one in many millions of treatments.28

Low back pain is a common problem in the healthcare arena. The intervertebral disc is a common source of low back and leg pain. Despite an increase in expenditure, patient satisfaction in the treatment of back pain has been less than satisfactory.

In addition to diagnostic ability and the training to rule out red and yellow flags, DC’s have the ability to offer various safe and cost effective non-surgical procedures, many of which have been shown in case studies and trials to have positive effects on neural tissue, disc pathology, and spinal motion. When combined with a transition to active rehabilitation, long term studies have shown that patients respond as well as those treated with surgical intervention.

Doctors of Chiropractic, with their diagnostic and therapeutic acumen, are poised to be the most clinically and cost effective providers in the management of these disorders.