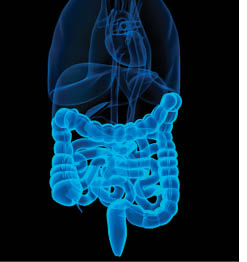 :dropcap_open:H:dropcap_close:ere’s a study from Spain published in February 2013 that should be of interest to a great many chiropractors. Although nutrition certainly isn’t my forte, occasionally an article comes along that I simply can’t ignore. Since a very large percentage of the profession engages in some level of nutritional advice/treatment, I hope this will be of value.

Following recent publication of a rat study that indicated differences in gut microbial concentrations at the time of type 1 diabetes onset, the authors designed a small human study to test their hypothesis that type 1 diabetes in humans could also be linked to specific microbes in the human gut.
This was a case-control study that compared 16 healthy children to 16 with type 1 diabetes.
Fecal bacteria composition was analyzed on all children.
When compared to healthy children, the diabetic subjects  showed significantly decreased quantity of Actinobacteria and Firmicutes strains. Additionally the quantity of Bacteroidetes organisms was significantly increased, thereby further altering the ratio between strains.
At the genus level, Clostridium, Bacteroides, and Veillonella were all increased, while Lactobacillus, Bifidobacterium, Blautia coccoides/Eubacterium rectale and Prevotella were all decreased.
The number of Bifidobacterium and Lactobacillus correlated negatively with blood glucose levels (i.e., when bacterial levels were low, plasma glucose tended to be high).
The authors claim this is the first study to show “compositional changes in gut microbiota” associated with diabetes.
A previous study by Giongo et al. observed that the Firmicutes to Bacteroidetes ratio was already changing during the first six months after birth before the development of type 1 diabetes. This previous study showed “successive decline in Firmicutes and an increase in Bacteroidetes number in the gut microbiome over time until the children became diabetic.”
Take Home:
Type 1 diabetes appears to be associated with changes in the populations of gut microbes. The authors conclude: “The quantity of bacteria essential to maintain gut integrity was significantly lower in the children with diabetes than the healthy children. These findings could be useful for developing strategies to control the development of type 1 diabetes by modifying the gut microbiota.”
Reviewer’s Comments:
On the downside, it’s a relatively small study and certainly doesn’t firmly establish causality in and of itself. On the upside, a causal relationship looks more likely when considering the previous study by Giongo et al. In practical terms, probiotic supplements generally are pretty safe. I probably ought to point out that I’m not in the business of selling probiotics, but it seems to me that a good probiotic with the appropriate microbes might provide a bit of insurance, especially for at risk babies. That’s my gut feeling, at least.
Reviewer:
Mark R. Payne, DC
Reference:
Gut microbiota in children with type 1 diabetes differs from that in healthy children: a case-control study Murri M, Leiva I, Gomez-Zumaquero JM, Tinahones FJ, Cardona F, Soriguer F, Queipo-Ortuño M. BMC Med 2013 Feb 21;11:46
Link to Full Text:
http://www.ncbi.nlm.nih.gov/pmc/articles/PMC3621820/
Dr. Mark R Payne, Phenix City, AL is Editor of ScienceInBrief.com, a scientific literature review for busy chiropractors. He is also President of Matlin Mfg Inc. a manufacturer of postural rehabilitation products since 1988. Subscription to ScienceInBrief.com is FREE to doctors of chiropractic and chiropractic students. Reviews of relevant scientific articles are emailed weekly to subscribers.