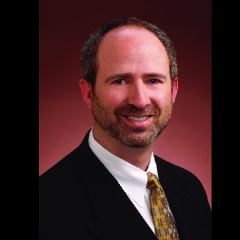 World Chiropractic Alliance CEO Terry A. Rondberg, DC announced last month that the organization’s Board of Directors has voted unanimously to appoint Gary Deutchman, DC, as one of three NGO (non-governmental organization) representatives to the United Nations’ Department of Public Information.
“I’m very excited to have Dr. Deutchman assume this important position representing the chiropractic profession on the world stage,” said Rhomberg. “Gary is a true humanitarian, and has served the public through his chiropractic practice as well as working with; the Hale House in NYC, a non-profit program founded by Mother Hale, the Gay Man’s Health Crisis in New York City, a program dedicated to improving awareness as well as the lives of those at high risk for AIDS. He is particularly interested in the humanitarian outreach possible afforded by this position. Currently Dr. Deutchman visits Haiti several times per year to offer chiropractic care, as well as fund raising for food, clothing and shelter.
In 1998, the Department of Public Information at the UN conferred NGO status to the WCA. Christopher Kent, DC, was the group’s first NGO represented and went on to serve as chairman of the NGO Health Committee.  More recently, Ken Vinton, DC and Tim Merrick filled the position.
“My goal is to use this position to serve mankind,” said Deutchman. “Those that have come before me deserve great respect, and I hope to exceed everyone’s expectation.”
Some of Dr. Deutchman’s duties will be to attend periodic briefings at the UN headquarters in New York and meeting with representatives from other NGOs from around the world. He will share information about chiropractic and the role chiropractors can play in addressing health concerns in developing nations as well as in first-world countries. Currently Dr. Deutchman is working to increase awareness of Chiropractic in the Middle East as well as Haiti and the Dominican Republic.
“I’m humbled each day I get the opportunity to share chiropractic throughout the world,” Deutchman said. “The U.N. is a place where people from all walks of life can come together for the betterment of man, Chiropractic should be represented in this type of arena,” he added.
Now in his 27th year of private practice, Gary is a board-certified Chiropractor with multiple offices in New York, Illinois, Colorado, Georgia, Arizona, Washington State, Florida, California, Texas, and North Carolina.
The eight Millennium Development Goals (MDGs) – which range from halving extreme poverty to halting the spread of HIV/AIDS and providing universal primary education, all by the target date of 2015 – form a blueprint agreed to by all the world’s countries and all the world’s leading development institutions. They have galvanized unprecedented efforts to meet the needs of the world’s poorest. “Chiropractors need to contribute within the framework of the MDGs,” explained Deutchman. “We want to touch the populations of the world who desperately need for what we can provide, I intend to do just that.”