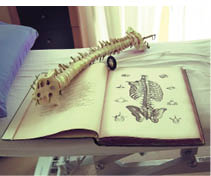 Author’s concluding note: The only way to remove the splinters and impediments for success is to have a single chiropractic organization in the United States with 50 chapters—no multiple national organizations and no state organizations. Combined, we are a political force with leverage. Splintered, we will continue to get more of the same: less and less every year.