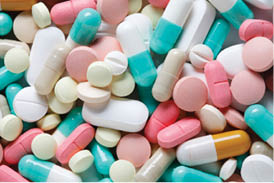 :dropcap_open:O:dropcap_close:ne of our jobs, as doctors of chiropractic, is to fight the wildly excessive use of prescription and recreational drugs.  Do you realize that The National Institute on Drug Abuse has found that one in nine youths abused drugs in the past year?  In addition, in 2011, seven percent of 8th graders, 18 percent of 10th graders, and 23 percent of 12th graders used marijuana¹.