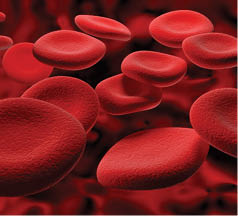 New research validates high dose methylcobalamin lozenge regimen
:dropcap_open:V:dropcap_close:itamin B12 (often referred to as cobalamin) is an essential nutrient that can only be  obtained from diet or supplements. Its main function in the body is to assist in the synthesis of DNA. As a result, quickly dividing cells such as red blood cells are among the most frequently affected by cobalamin deficiency. DNA synthesis supported by Vitamin B12 is achieved in concert with another B vitamin, folic acid. This is why a combination of these two vitamins is often found in supplements.

Another process requiring direct Vitamin B12 participation is production of ATP from lipids and amino acids. Thus, cobalamin is often promoted as an energy-boosting nutrient. The central and the peripheral nervous systems are critically affected by the scarcity of Vitamin B12, which can manifest itself in depression, premature memory loss, confusion, and unpleasant sensations in the tips of the toes and fingers.
The elderly are most susceptible to developing Vitamin B12 deficiency, with an estimated 15% of people over 65 having low levels of cobalamin in the blood.¹ Normal body stores of Vitamin B12 are quite significant (2,000 to 5,000 mcg, mostly in the liver), so it takes years to develop symptoms of Vitamin B12 deficiency. The signs are often non-specific. Deficiency might be hard to recognize unless Vitamin B12 levels are measured directly in the blood. For decades, levels below 200 pg/ml had been regarded as B12 deficiency, but recently a strong case has been made to view levels between 200 and 350 pg/ml as suboptimal for human health.² Other signs that might suggest Vitamin B12 deficiency in older people include chronic gastritis, anemia, and increased homocysteine level, especially when general malaise and depression are present.
One reason the elderly are predisposed to developing B12 deficiency is that cobalamin absorption requires robust digestion and intact production of Intrinsic Factor in the stomach. Gastric juices enable extraction of cobalamin from food and Intrinsic Factor binds with extracted cobalamin for further absorption in the small intestine. Dwindling digestive function combined with limited consumption of meat (the main dietary source of Vitamin B12) can reduce the amount of Vitamin B12 taken up by the body. Eventually, body reserves of cobalamin are depleted and symptoms of deficiency emerge. Because dietary Vitamin B12 is found almost  exclusively in food of animal origin, vegetarians also have a significant risk of becoming cobalamin-depleted.
Vitamin B12 Deficiency Is Diagnosed. What’s Next?
:dropcap_open:It is important to understand, however, that Intrinsic Factor allows for absorption of only up to 3 mcg of Vitamin B12 from a single meal or supplement administration.³ :quoteleft_close:
When Vitamin B12 deficiency is present, it’s always a good idea to identify the underlying cause. However, independent of the mechanism leading to B12 deficiency, correction of cobalamin shortage is required. Traditionally, physicians have administered Vitamin B12 injections to bypass the digestive tract, as cobalamin absorption is assumed to be compromised.
While this is true, with the exception of strict vegetarianism, current clinical research conducted with high-dose oral Vitamin B12 supplementation challenges the traditional practice of injections.
Since the discovery of its critical role in cobalamin absorption, the Intrinsic Factor-dependent  pathway has been understood to be the sole mechanism by which Vitamin B12  can cross the gastrointestinal (GI) cell membrane. It is important to understand, however, that Intrinsic Factor allows for absorption of only up to 3 mcg of Vitamin B12 from a single meal or supplement administration.³ Since the typical multi-vitamin contains only about 6 mcg, and absorption from this low dose has to rely on intact Intrinsic Factor production, oral supplementation with a typical multi-vitamin is not an effective way to address Vitamin B12 deficiency. In contrast, a single injection can deliver 1,000 mcg of Vitamin B12, which is administered once a week at first, followed by a once a month regimen for the rest of the patient’s life.

Fortunately, another mechanism is operative for treating Vitamin B12 deficiency. Research has shown that Vitamin B12 can be absorbed by “passive diffusion” without Intrinsic Factor participation when administered in high doses.³ Although only about 1% of orally administered cobalamin crosses the GI cell membrane by this mechanism, the amount absorbed becomes significant as the dose of Vitamin B12 increases. Because Vitamin B12 has no known toxicity, and very high doses can be given orally without safety concerns. Research shows that after administration of 10,000 mcg of cobalamin, about 100 mcg of Vitamin B12 can be absorbed.
A series of recent human bioavailability studies with 10,000 mcg Vitamin B12 doses supports this conclusion (Unpublished, Protocol For Life Balance, Bloomingdale, IL; 2011-2012).
Injections or Supplementation?
The latest clinical confirmation of the effectiveness of oral Vitamin B12 in the form of methylcobalamin lozenges comes from a study conducted at ABC Wellness Clinic (Sterling Heights, MI) in collaboration with Protocol For Life Balance®.4 The study was presented at the 2012 Conference by the American Association of Naturopathic Physicians. In this clinical trial,ten patients with newly diagnosed cobalamin deficiency were randomly assigned to receive either once a week B12 injections or daily high-dose 10,000 mcg methylcobalamin lozenges for 8 weeks.
The study demonstrated that Vitamin B12 lozenges were in fact as effective as injections (Figure 1). All patients’ cobalamin and homocysteine levels returned to normal and their symptoms improved independent of  the treatment group to which they belonged. The results strongly suggest that a high-dose daily lozenge regimen is a viable and convenient option to injections and should be used more often.
Additionally, lozenge supplementation offered a significant cost advantage as compared to injections. In this study, the cost of supplementation was approximately $35 for 8 weeks. The cost of just one office visit and a single injection was estimated to be $100, adding up to $800 for the duration of the study.
To summarize, confirmed efficacy, validated mechanism of absorption, an excellent safety record, ease of administration, and clear economic advantage makes oral high-dose Vitamin B12 a viable option in addressing cobalamin deficiency.
References
Leonid Ber, MD specialized in hematology and endocrinology and has been intimately involved in the scientific advancement of the dietary supplement industry. He collaborated with companies such as Immudyne, Himalaya USA, Marlyn Nutraceuticals, Garden of Life, and most recently joined Protocol for Life Balance as Sr. Medical Scientist. Contact Dr. Leonid at: [email protected]  or 630-545-9098 x370