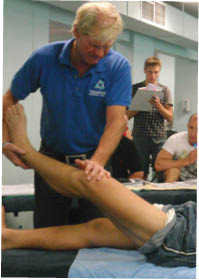 :dropcap_open:I:dropcap_close:f you and I are the same, we both became health professionals because we had a deep desire to help people suffering with pain and dysfunction. We are consequently always seeking and learning new ways to do this. I feel blessed to have been able to discover and learn a way to help my patients in an incredibly dramatic and effective way and I would like to share it with you.