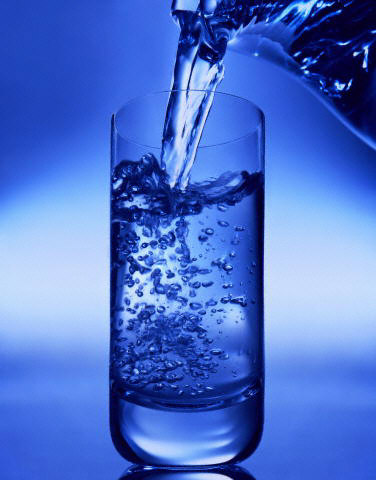 Why isn’t this patient holding her adjustment?” I wondered.

Koren Specific Technique (KST) practitioners are happy to find that their patients hold their adjustments for longer periods and rarely return with the same subluxation pattern.

That is why I was so startled to find a patient whose subluxations returned. Why wasn’t she holding her adjustment? Her chronic migraines had decreased only a little and her sphenoid, occiput and upper cervical subluxations had returned.

The groundbreaking book Your Body’s Many Cries for Water: You’re not sick, you’re thirsty, by F. Batmanghelidj, MD, inspired me to ask her body about her water needs.

Ask her body?
Your body has many biofeedback “devices” that react in predictable ways when confronted with a challenge. This phenomenon is employed in a clinical environment by Applied Kinesiology™ (AK) as the weak muscle response, by Toftness™ as an autonomic change in finger perspiration, and by Directional Non-Force Technique™ (DNFT) as the short leg reflex. Activator™, a derivative of DNFT, also employs the short leg reflex. The biofeedback device that KST uses is the Occipital Drop (OD), which was originally discovered by Lowell Ward, DC, the developer of Spinal Column Stressology.

The Occipital Drop
Simply stated, in response to a challenge, a muscle goes weak (AK), the leg shortens (DNFT), the skin sweats (Toftness) and the occipital bone (along with the mastoid process of the temporal) appears to drop or lower on the left side (KST).

These are all binary systems, yes-no indicators, by which we can easily access the body’s wisdom. Although the mechanism of action remains unknown, these are amazing, highly accurate tools that we can use to great advantage in helping patients.

All I did was ask
“Is this person dehydrated?” I asked her body. Immediately she responded with an OD—her occipital bone and mastoid dropped lower on the left side when compared to the right side.

“Is she one glass low?” The body responded with an OD.

I put her on a re-hydration program and she began to hold her adjustments.

Distilled water
One of the most dehydrated patients I’ve had to date said, “But I drink large quantities of distilled water all the time.”

I told her to drink spring or filtered water instead. Within two weeks, she rehydrated and her chronic complaints disappeared.

Critics of distilled water claim that it is biologically dead, unnatural and leaches minerals from the body. Also, ice water does not re-hydrate the body as well as room temperature or hot water.

Alcoholics
The most dehydrated patients I’ve encountered are alcoholics and former alcoholics. Ten or more years may have gone by since the last drink, but the dehydration remains. Alcohol is a diuretic, a drug that increases urination and flushes fluids from the body. (By the way, drinking coffee the following morning will only increase this problem, as coffee is also a diuretic.)

One of my former alcoholic patients started drinking more water, but still remained dehydrated. “What’s going on?” I wondered.

I consulted with a toxicologist who said that with alcoholics, “Liver detoxification is an absolute. Moreover, ethanol is going to denaturize proteins on the cell membrane. Use digestive enzymes, especially proteases, to help her to get amino acids into her systems for repair. Gelatin is good, as well. Once these processes recover a bit, her dehydration issue will subside a little bit. She still needs to be vigilant in getting herself hydrated. She needs to drink good filtered water.”1

I’ll never forget one severely dehydrated individual who had a drinking problem who told me, “I hate water; I never drink it.”

Kids
OK, it’s not just kids, it’s everyone who doesn’t drink enough water. Dr. Batmanghelidj claims that most of us are chronically dehydrated and that drinking coffee, tea and sodas actually contributes to dehydration. Those fluids may temporarily assuage thirst but, in the long run, they increase dehydration. As we age, our ability to recognize thirst decreases and that’s why so many older people look so “dried up.”

When patients start re-hydrating, wonderful things begin to occur. The most important thing, from a chiropractic perspective, is that their adjustments start holding. I’ve noticed that re-hydration often has a dramatically positive effect on depression. Interestingly, in Chinese medicine, water equates with the flow of energy.

In chronic dehydration, the discs begin to fray. They cannot keep up with the stress of subluxations (in addition to day-to-day wear and tear). Patients with disc problems respond very well to chiropractic and re-hydration.

Other conditions that respond to water
The list of conditions that Dr. Batmanghelidj found to respond to re-hydration includes migraines, high blood pressure (the blood is thickened due to water loss, so it takes more force to push it through the body), asthma, colitis, angina, back pain, arthritis, heartburn, early adult-onset diabetes, high cholesterol and many others.  Dr. Batmanghelidj claims that many of these conditions are part of the body’s early-warning system and, if not heeded, can progress to stroke, heart disease, cancer and other serious conditions.

How long does it take to re-hydrate?
According to Dr. Batmanghelidj, re-hydration takes about two weeks. His book has various protocols people should use. However, the beneficial effects of water are often noticed immediately. In my office I give patients water when dehydrated. Their adjustments hold better and they report multiple benefits.

Are your patients (or you?) dehydrated or re-hydrated? A great way to find out is to ask the body, of course.

Dr. Tedd Koren is the founder of Koren Publications and developer of Koren Specific Technique (KST), an Empirical/Vitalistic method of locating and correcting subluxations anywhere in the body that is easy to learn and is revolutionizing chiropractic practices.. For information on KST seminars, go to www.teddkorenseminars.com or call 1-800-537-3001. Write to Dr. Koren at [email protected]

Note: Your Body’s Many Cries for Water is available from Koren Publications. To order go to www.korenpublications.com or call 800-537-3001