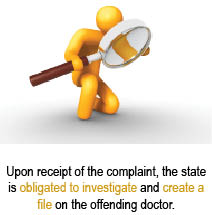 :dropcap_open:A:dropcap_close:n independent medical examination (IME) is performed by a doctor that has not previously been involved in the treatment of a given patient. Historically, they become involved in the case because of a request by an insurance company and are provided by an independent company retained by the insurance carrier. This allows for a level of insulation between the carrier and the IME doctor, as the carrier can now claim they did not perform any evaluations.

In a perfect world, the IME doctor renders a second opinion that allows for necessary care of covered issues of injured patients. However, in the real world, an IME doctor rarely gives an opinion that is in the best interest of the patient. In my 30 years of experience as a practicing doctor, a medical consultant, a medical-legal consultant that speaks to doctors in 46 different states and a former IME doctor, I have witnessed that the truth is usually not told by the IME doctor. The IME opinion usually sides with who writes the paycheck and, as the adage goes, it’s always about the money!

IME abuse has gone mostly unchecked, because both the patient and the treating doctor have allowed it to for too many unacceptable reasons. Regardless of the past, the time to correct the problem is now and the following is one person’s opinion.

When your patient has an IME, suggest that he/she bring a friend who goes into the examination room during the examination. Filming is fine, but a witness will ensure a less hostile environment and, in my experience, will never be denied access upon your request. After the IME, either you, as assignee of benefits, or the patient must request a copy of the IME report. Upon receipt of the IME report, sit with the patient and review everything the IME doctor documented having done.

Explain how a Foraminal Compression test or a Lasegue’s test is performed and ask, “Did the doctor perform this test?” Should the doctor have documented doing so, but not performed the test, a VERY common occurrence, the IME doctor lied. In legal terms, the IME perjured him/herself and needs to be brought to justice. You have to remember that the only reason the doctor did this was to make money with complete disregard for the welfare of your patient.

Upon receipt of the complaint, the state is obligated to investigate and create a file on the offending doctor. Simultaneously, if your patient has a personal injury or workers compensation case and he/she has legal representation, the patient should send a copy of the complaint to his/her lawyer. This is critical in leveling the playing field in his/her third party case  so that the lawyer can present to the carrier and, eventually, the jury to cast doubt on the integrity of the fraudulent IME examination and examiner.

The carriers will not be pleased and, should they receive enough complaints against a doctor, they will eventually fire that independent IME company or request that doctor not be used any further. It’s always about the money and the best way to ensure removing bad doctors is to hurt their employers financially; losing in court will be a big financial loss.

Another tactic IME doctors utilize is not commenting on testing performed. In every instance, the carrier has copies of all tests performed and, commonly, those tests are not referred to in the report. Part of the time, the IME doctor has a copy of the report or the actual test results and, the balance of the time, the carrier has not forwarded the report to the IME doctor because they realize it will significantly influence the results of the examination. In absence of having all of the results, a doctor cannot accurately report on a condition of a patient and, in many states, licensure boards would consider that misconduct. To do it purposely for personal gain should be criminal. The way to show intent is for numerous complaints to be filed against the same doctor or carrier showing a pattern of abuse.

Another improper tactic is to retrospectively have an IME performed well after care has ended (6-12 months) with the conclusion that the previous care wasn’t necessary. Although I would probably lose my license for treating without a timely history and physical, as I would need a clinical basis for my diagnosis, prognosis and treatment plan, so does any doctor rendering an opinion. Crystal balls were banned from medicine a century ago and only “charlatans” can look far into the past to determine the necessity for care. This is an opinion well after the care was rendered and the patient has healed or the wound has been repaired in the interim. A doctor can render an opinion for the “right now” and even for the recent past (a few weeks ago) to determine if either more care is necessary or if the recent care was necessary, as the current clinical picture is applicable. However, to render an opinion 4, 8 or 12 months into the future is grossly irresponsible and cannot be accurate in the musculoskeletal arena.

I am of the belief that many of these complaints will go without disciplinary action. However, they will begin to create a profile on the offending IME doctor and put the carriers and courts on notice about the integrity of the report, the independent IME contractor and the IME doctor. There are many ways to counteract fraudulent IME examination, but the only way to put an end to it is to remove the funding source for continued abuse. A very real parallel is that, if we removed the funding source for terrorism, we wouldn’t have any.