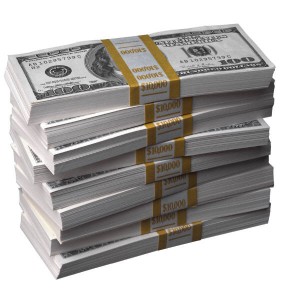 :dropcap_open:Y:dropcap_close:ou can forgive Americans for being caught off guard by talk of the potential for more dramatic price increases in the coming years. For the past two decades, inflation has not been a significant concern. In only six years out of the last 20 has the inflation rate (as measured by the Consumer Price Index) turned in more than even a modest annual increase of 3 percent. By contrast, in the prior 20-year period, prices rose by more than 3 percent annually in all but one year. Annual price increases topped 12 percent in three different years during the late 1970s and early 1980s.

Are we headed for another era of high inflation? There are concerns on some fronts, particularly given rising prices for commodities such as food, metals and energy. The World Bank reports that food costs globally rose 30 percent in the 12 months ending in January 2011.While some price increases are being felt in the U.S., consumers here so far have been spared any serious impact. According to the Bureau of Labor Statistics, the price of a basket of common food items in the U.S. rose just 1.5 percent in 2010. However, the average price of a gallon of regular gasoline, according to the U.S. Energy Information Agency, jumped 18% in 2010.

The sudden focus on the risk of inflation is a surprising shift from just a few months ago, when many economists were raising concerns about deflation, the threat of prices for goods and services declining. Deflation is a sign of economic weakness. Modest inflation, on the other hand, tends to reflect a stable and growing economy. However, rapid inflation can create a real strain for consumers, businesses and the economy as whole.

Making sense of the numbers

The government reports inflation numbers every month using the Consumer Price Index (CPI). This is only meant to portray an average rate of cost increases across a broad spectrum of the economy. You may think that rising prices for food, gasoline, health care and college tuition are reducing your purchasing power more than the CPI indicates. But the CPI also accounts for other costs, such as housing, labor and services, which in some cases have been flat or declining in price in recent years.

Higher inflation in certain items, however, can have an impact across other parts of the economy. If higher prices for commodities like food and energy products persist, the effect is likely to spread to other areas of the economy where companies will be forced to increase prices as well. This can lead to more substantial hikes in the cost-of-living that are felt by nearly everybody.

Faster increases in living costs can clearly create challenges for you. Here are some steps you can take now to prepare for the potential impact of higher inflation:

•  Closely review your spending – now is a great time to think about your living expenses. The more you spend, the more costly life becomes if inflation develops into a serious issue again in the future. Try to find ways to limit driving to reduce gas costs. Adjust your food shopping habits to make your budget more efficient.  Steps you take today will ease the burden of potential future inflation concerns.

•   Consider making “big ticket” purchases sooner – buying a home or car or completing a major home project may be less expensive today than it will be in several years if inflation picks up. Now may be the time to take advantage of the purchasing power that exists today – if it fits your budget.

•  Lock in low rates for borrowing – if you have borrowed money using an adjustable interest rate (many homeowners do this with their mortgage), you might want to consider locking in a low fixed rate for an extended term. If inflation does rise, it is likely that interest rates will follow a similar course. Better to lock in the lowest rates you can if it is appropriate for you to do so now.

•   Don’t lock into low rates on a long-term savings vehicle – there is little advantage to putting a large amount of money into a bond or certificate of deposit for an extended period of time if it pays a very low interest rate. On an after-inflation basis, the return you earn today is nominal. If inflation becomes more significant down the road, your return could actually be negative after rising living costs are taken into account.

•  Invest in assets that can appreciate in value – stocks of companies positioned to grow during inflationary periods, commodities such as precious metals, agricultural or energy investments and real estate historically tend to perform reasonably well if living costs rise more dramatically. Be certain that any investment decisions you make are consistent with your long-term objectives and your risk tolerance.

Rich Van Loan is a CERTIFIED FINANCIAL PLANNER TM Professional and Chartered Retirement Planning Counselor. A graduate of Harvard University and Boston University, Rich has been helping his clients achieve their retirement, education and investment goals for over 12 years. Visit his website at www.ameripriseadvisors.com/richard.r.vanloan