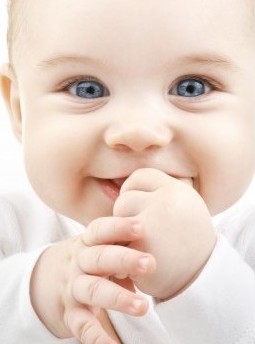 Atopic diseases include allergies, asthma, eczema, hay fever, etc. Atopic diseases are caused by the over-production and sensitization of immunoglobulin E (IgE), which is also known as the thymus helper cell response 2 (Th2).

1) The “hygiene hypothesis” indicates that infections in early life protect from atopic diseases.

2) This study supports the hygiene hypothesis, showing that exposure to infections between pregnancy and age one year is associated with overall reduced odds of asthma, eczema, hay fever, atopic sensitization and total IgE.

3) Most importantly, this study showed that exposure to sub-clinical infections [infections without symptoms] within pregnancy and the first year of life are also protective in atopic diseases development.

5) Three other non-pathogen microbial stimulators that protect against the development of atopic disease include:

A.Endotoxin exposure [endotoxins are the dust made from the membranes of dead bacteria].

B.Administration of probiotics [probiotics are the ingestion of live, beneficial, symbiotic bacteria that produce vitamins and other nutrients that help support the immune system].

C.Being raised in a farming environment.

6) The life-long balance between the production of IgG (Th1 immune response) and IgE (Th2 immune response that results in atopic diseases) is determined early in life, mostly starting in utero through the first year.

8) There is an increased risk of atopic diseases in children treated with antibiotics.

Based on this article and many others I have reviewed in my Article Review service on this topic over the last seven years, I believe that it can be said:

1) It is unwise for a pregnant mother to take antibiotics unless there is a very good reason.

2) It is unwise to give infants and small children an antibiotic unless there is a very good reason.

3) In the first year of life, infants should be exposed to other children (including at day-care), in the hopes that the infants will pick-up some sort of infection.  Infants should also be exposed to dust, dirt, and farm environments.

4) One might question the utilization of some vaccines in the first year of life.

5) The parents of chiropractic children who do not develop the symptoms of clinical infection need not worry; this article shows that asymptomatic sub-clinical infections also offer protection against a lifetime of atopic diseases.

6) All parents should understand that, when their infant is sick from infections, it affords their child lifelong protection against atopic diseases.