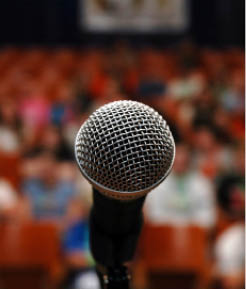 Marketing is made up of these elements:
Money: The more money a doctor has, the more he can spend on advertising.
Time: The more free time the doctor has the more one-on-one networking he can do.
Reputation: The longer a doctor has been in his community and the better his reputation, the better his advertising and marketing will work.
Referrals: The more patients a doctor presently has, the more referrals he can stimulate.
Effort: The more effort a doctor is willing to expend to get known in his community, the more his marketing and advertising will produce.
Experience: Almost everyone wants to go to a doctor who is very experienced at caring for their health problems. Almost no one wants to go to a novice.
Money
The established doctor usually has money in the bank, an enhanced ability to borrow money and cash flow from his practice to invest in advertising. A new professional usually has a severe shortage of money; therefore, must market with his time and effort.
Time
A new doctor usually has fewer patients, less money, but more free time than an established doctor. Therefore, he must use his free time to meet more people to make up for his lack of money and reputation. The more time he invests in meeting the public, the more likely he will succeed. The less time he invests in meeting people, the more likely he’ll fail … or starve.
The new doctor has to go from being totally unknown to being extremely well known … quickly! And, that’s a big leap.
The established doctor is usually treating patients all day and doesn’t have the time to circulate throughout his community, but has more money. Therefore, advertising is his best option to attract more new patients.
Reputation
The established practitioner already has years in his community and has established his reputation. He knows many people and when he advertises, the people that know him or have heard of him, will say, “I’ve heard of this doctor … he has a great reputation.” Then his advertisements will attract many more new patients because of his known reputation.
There is a famous ophthalmologist on the West coast of Florida. He has the reputation of being the “best” in Florida at removing cataracts. He established his practice out in the boondocks…nobody lives there. His office is a 7-story building, like a little hospital. Almost everyone from the West Coast of Florida goes to him to get their cataracts removed. They drive by 50 – 150 other ophthalmologists to get to this doctor. And, yes, he advertises. But, everyone that reads his advertisements also knows his reputation. Therefore, when he places an ad, it attracts many new patients.
No Reputation
Now let’s discuss the new practitioner. Nobody knows him. He has no reputation, so when he advertises, his ads will attract less new patients than the same ads would for a doctor who has an established reputation.
A new doctor has to counter the difference between the established doctor’s reputation and his lack of reputation. He does so by meeting people … not one or two, but hundreds and hundreds. The established doctor knows thousands of people and the new doctor must quickly meet thousands of people if he wants to attract a similar number of people from the community.
Referrals
Since the new doctor has very few patients, he cannot hope to compete with established doctors on patient referrals. Few patients produce few referrals.
Effort
The new doctor, in order to compete with established doctors, has to meet thousands of people and motivate them to know and trust him. Being a “couch potato” waiting for people to come to him won’t work. Instead, a new doctor must invest a massive amount of his time on meeting the people of his community.
Don’t believe for a second that a new practice can become successful without effort … lots of effort. An easier way will not become available.
How a new doctor gets known is usually determined by the doctor’s personality. Some new doctors will do public speaking … most won’t. If this describes you, join Dale Carnegie and Toastmasters.

These organizations will teach and coach you on how to do public speaking. It is not hard to get speeches. Every Civic Club, church, synagogue, mobile home park association and condominium association is looking for speakers. A new doctor could easily be speaking at 4 – 5 clubs per week. The cost is right … nothing! And, the clubs will usually provide lunch.

Scheduling screenings is also an effective way to meet people, but more difficult because the doctor has to look for events in which spinal screenings would be acceptable, like health fairs, home shows, vitamin stores, back product stores, etc.
Experience
When a new doctor advertises, his ads should feature the knowledge he has. Remember, a new doctor is competing against doctors with 10 to 20 years of experience. A new doctor can’t say he has 20 years of experience, but he can say that he has the latest knowledge on how to take care of various health problems. The fact that he has the latest knowledge gives him the credentials he needs to compete against the experience of the established practitioners.
Passive Marketing
New practitioners, due to their lack of experience, usually utilize marketing that is passive in nature rather than marketing that would be considered active. Passive marketing is when a doctor does something that doesn’t require him to meet anybody. The passive marketing doctor hopes that someone will react to his passive marketing and become a patient.
Passive marketing is web sites, social media campaigns, PDF advertising, writing articles for magazines and newspapers, sending out emails, direct mail campaigns, fax campaigns … anything that does not involve human contact on the part of the doctor. Unfortunately, passive marketing doesn’t work very well.
Passive marketing also requires a lot of patience on the part of the doctor. It can take days, weeks, months and even years to produce results. If a new doctor has a lot of money in the bank, which most new doctors don’t, he can wait for his passive marketing to work.
Active Marketing
Active marketing is when a doctor meets non-patients and sells himself and his services to the strangers.
If a new doctor wants to generate new patients quickly, he should concentrate on active marketing. This includes public speaking, spinal screenings, one-on-one networking, giving out “How to Lift” and “Heimlich Maneuver” posters, etc.
Many doctors have used their leisure time to do active marketing, eg: playing in softball leagues, coaching Little League, football, being a team doctor, etc. These activities can produce an instant flow of new patients when done professionally and effectively.
Active marketing takes “guts.” Passive marketing is for the wimp. In essence, active marketing is doing the activities the passive doctor doesn’t want to do and is unwilling to do. Active marketing chiropractors are more successful than passive marketing chiropractors. Which are you?
In summary, the established doctor, not having available time, yet having experience and a good reputation should concentrate on advertising and referrals to market his practice.
The new practitioner, who is usually short on money, experience and reputation, should concentrate on active marketing techniques that require time and effort. When he does advertise, he should only use ads that are professionally designed and with the advice of a new-practice coach who can direct him on what advertisements work best and where to place them.
Dr. Peter G. Fernandez is known as the “Start-Up Coach” and is the world’s authority on starting a practice.  He has written 20 books and over 200 articles on starting a practice, and has consulted in the opening of over 3,000 new practices.  This experience has revealed what students and doctors need to know to start a successful practice.  Please contact Dr. Fernandez at The Practice Starters® Program – 10733 57th Avenue North, Seminole, Florida, 33772; 1-800-882-4476; [email protected] or visit www.PracticeStarters.com