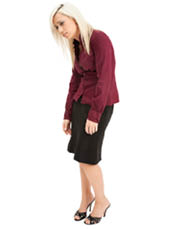 “Don’t slump, stand up straight!” How’s that working for you? Probably not very well, as I think back to how effective that was when I was a child. We talk about changing posture, but how can we permanently change it.