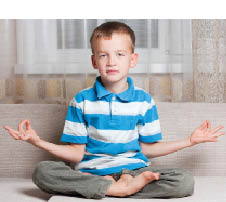 The session was over, the patient was all clear, subluxations all adjusted. But she had one more request, “Is there an adjustment for my allergy to cats?”

I figure: why not? Patients know themselves better than any doctor does; there’s always a reason, sometimes a big reason, why they say things.  Maybe there is an allergy to cat adjustment.

“Well, let’s find out,” I said.  “Think about your cat allergy.”  Suddenly, subluxations appeared. Her cranials were out, sphenoids gone anterior, occiput inferior.

What happened? Didn’t I clear them out?

Yes, I did. So why did I find subluxations?

My Lunch with Lowen

I once took a train to Manhattan to have lunch with the famous psychiatrist Alexander Lowen, MD, the founder of bioenergetics. Dr. Lowen was a student of Wilhelm Reich, MD, who was a student of Sigmund Freud. Impressive lineage. I traveled to see him in order to pick his brain regarding Dr. Lowell Ward’s posture/personality correlations in his Spinal Column Stressology analysis procedures.

After meeting him in his office, we walked over to his favorite restaurant. We sat in a booth and I held a bunch of 14×36 X-rays against the window.

“Look at this,” I said, “Here is the standing lateral view and here (as I changed films) is the standing anterior to posterior view. Now, look at the changes when I show you the same views of the same patient taken a few minutes later in the sitting posture.”

I explained the changes that showed a  dramatically different posture as the patient went from standing to sitting. For example, there was a normal cervical curve in the standing posture but a reversed cervical curve in the sitting posture.  Similar changes were seen in the lumbar and thoracic curves. The head was similarly off center in one direction upon standing and the opposite direction upon sitting.

“Is there a psychological reason for such a change?” I asked.

Dr. Lowell Ward, developer of Spinal Column Stressology, found the same thing. He found the curves often tended to be extreme—hyperlordisis of the cervical and lumbar spine standing, while the sitting spine could show a flattened or reversed curve.  Simply stated, we show our defenses in the standing posture but, in the sitting posture, we see the real damage, the breakdown of defenses, the weaknesses, the unconscious stresses.

What about Mental States?

But that was only the beginning.  There is more to a person than physical posture. What about mental states? A mental switch can change posture and even physiology. This is most evident in multiple personality disorder (dissociative disorder), wherein people “switch” from one personality to another.  As a person switches from one personality to another, clinicians have noticed that profound, dramatic physical—including physiological—changes can occur.  For example, eye color can change as the person “switches.”  Similarly, scars, tumors, visual acuity, vocal patterns, blood pressure, sugar levels, allergies and other conditions that are present in one personality may disappear when the “switch” to the other personality occurs.

The Body as a Hologram

However, we don’t need to suffer from an extreme pathological condition to change our physiology. In fact, hundreds of chemical changes can occur at the touch of a thought, mood or memory.

But there are more than chemical changes going on.  Our body structure changes at the touch of a thought as well.  How can we explain this phenomenon? We may be seeing ourselves as holographic beings.  In a holographic image, a tiny part of the “photo,” when properly viewed, can reflect the whole. So, if you cut a holographic image in half and shine a laser’s light through it, both halves will reveal the entire image. Cut it in half again, and again and again. Do it 100 times, and each tiny piece will reflect the whole image. The part has the information that reveals the whole.

Are our cells any different? Each of them has DNA information that can create an entire person. That’s the concept behind cloning.

We see this phenomenon used in various health systems. For example, in reflexology, the ear, hand, foot, or tongue can be mapped out to reveal connections or correlations that can mirror the entire person.

Can we use this phenomenon in clinical practice?

And then? We adjust the subluxations that surface, of course. The results can be profound—patients losing weight, allergies disappearing, stress decreasing, the patient reporting they feel lighter, freer, happier, pain-free, healthier.

Tedd Koren, D.C., is the developer of Koren Specific Technique (www.korenspecifictechnique.com).  He can be reached at [email protected] or 1-215-699-7906.