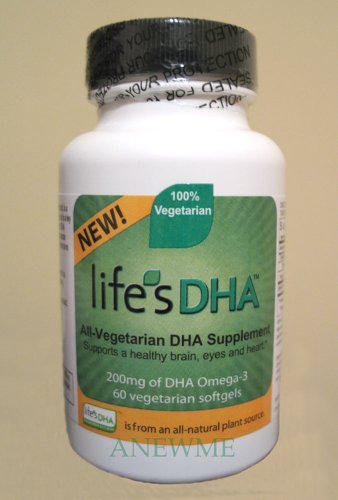 COLUMBIA, Md. — February 21, 2011 – Preclinical studies recently publishedin the February 2011 issue of Neurosurgery and the September 2010 issue of the Journal of Neurotrauma indicate that algal DHA intake either prior to traumatic brain injury (TBI) or post-TBI helps to protect the brain by reducing the number of injured brain fibers following trauma.  The studies, led by neurosurgeon Dr. Julian Bailes, used Martek’s algal DHA and were conducted at the Department of Neurosurgery at the West Virginia University School of Medicine.

These studies were funded by grants from Martek Biosciences for which Dr. Bailes serves as a consultant. Journal of Neurotrauma study co-author, Kevin Hadley, PhD, is a senior clinical research scientist at Martek Biosciences.

In this study, adult male Sprague-Dawley rats were subjected to a TBI after receiving administration of algal DHA in doses of 4, 12 and 40 mg per kg of body weight for 30 days prior to the trauma.  Results revealed that DHA supplementation prior to TBI significantly reduced the number of amyloid precursor protein (APP) positive axons to levels similar to what have been found in uninjured animals.  APP is a marker of axonal injury. The group receiving the highest dosage of DHA also demonstrated significant improvement in the outcome measures compared with the control group, including measures of injured axon counts, inflammatory markers, indicators of pre-programmed cellular death, and memory testing. These findings suggest that DHA supplementation prior to TBI reduces the impact of the injury, for the first time suggesting that a prophylactic supplement may protect the brain or reduce the potential for subsequent TBI.

This study subjected adult male Sprague-Dawley rats to the same injury model used in the Neurosurgery paper.  After the injury they received either 10 mg or 40 mg per kg of body weight of algal DHA for 30 days.  Results revealed that DHA supplementation after TBI significantly reduced the number of APP-positive axons to levels similar to what have been found in uninjured animals.  In addition to a reduction in injured axons as measured by APP counts, caspase-3 els – a marker of brain cell death – were reduced with DHA administration.

“We’ve known for a long time that DHA is a building block of the brain and important to optimal brain development and health throughout life, and now this preclinical data suggests that further clinical research be undertaken to determine the potential benefits of DHA on head injury,” commented Dr. Julian Bailes, a founding member of the Brain Injury Research Institute, professor, and a recognized leader in the field of neurosurgery and on consequences of brain injury on cognitive function.  “The results of these studies are extremely timely as they come at a point when traumatic brain injuries, including concussions, are growing more prevalent.”

Sections of this release contain forward-looking statements. These statements are based upon numerous assumptions which Martek cannot control and involve risks and uncertainties that could cause actual results to differ. These statements should be understood in light of the risk factors set forth in the company’s filings with the Securities and Exchange Commission, including, but not limited to, the company’s Form 10-K for the fiscal year ended October 31, 2010 and other filed reports on Form 10-K, Form 10-K/A, Form 10-Q and Form 8-K.