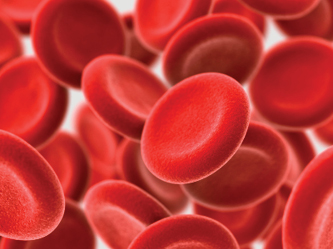 :dropcap_open:T:dropcap_close:hese authors note that the most accurate assessment of omega-3 fatty acids is by looking at the membranes of the red blood cells (RBCs). These authors examined the relation of red blood cell (RBC) fatty acid levels DHA and EPA in 1,575 dementia-free participants to standard performance on cognitive tests and to volumetric brain MRI assessment.

KEY POINTS FROM THIS STUDY:

1. “Higher fish intake has been associated with a reduced risk of cardiovascular mortality and stroke.”

A. The brain MRI assessment included:

B. The cognitive evaluation included:

4. “We found that lower levels of RBC, DHA and EPA in late middle age were associated with markers of accelerated structural and cognitive aging.” [Key Point]

5. “Fatty acids are integral components of biological membranes, and influence membrane fluidity, ion transport, and other functions. The neuronal cell membrane is no exception; the CNS has the highest concentration of phospholipids in the body.”

7. “The biosynthesis of EPA and DHA from their precursor alpha-linolenic acid appears to decrease with age.”

8. Dietary intake of fatty fish is the main source of the omega-3s DHA and EPA.

9. “DHA and EPA exert several favorable effects on the vasculature, including blood pressure reduction, lowering the risk of thrombosis, reducing inflammation, and lowering serum triglyceride levels. Since vascular risk factors, cerebral atherosclerosis, and stroke have been associated with a higher risk of incident dementia, omega-3 PUFAs may delay cognitive and structural brain aging by some combination of these mechanisms.”

11. Omega-3 PUFAs may be “directly linked to the neurodegenerative pathogenesis of AD, including reduction of amyloid-B production, synaptic protection by reducing neuroinflammation and oxidative damage, by increasing levels of brain derived neurotrophic factor, and through reduction of potentially excitotoxic arachidonic acid (omega-6) levels.”

This study adds to the evidence that preformed long-chain EPA and DHA omega-3 fatty acids are crucial for brain function. For years I and many colleagues have routinely tested patient RBC levels of EPA and DHA, and our findings are very concerning: our average patients are critically low in these essential fatty acids.

Healthcare costs are threatening to bankrupt our nation. It is projected that my generation, the Baby Boomers (born 1946-1964), will give our nation nearly 14 million cases of Alzheimer’s Disease; the cost of managing Alzheimer’s alone is projected to exceed $1 trillion per year, creating an unconceivable burden on our citizens. It is imperative for ourselves, our families, our patients and our nation for each of us to consume adequate levels of long-chain preformed EPA and DHA omega-3 fatty acids, and it is easy to do: supplement.