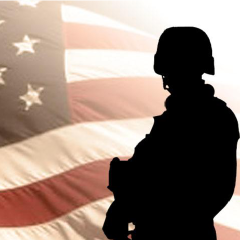 (PRWEB) April 15, 2013 – Patients with acute low back pain receiving a combination of chiropractic manipulative therapy and standard medical care experienced a statistically and clinically significant reduction in their back pain and improved physical functioning when compared to those receiving standard medical care alone, reports an article in the April 15 issue of Spine.

The pragmatic, patient-centered, two-arm randomized controlled trial pilot study was funded by a grant from Samueli Institute, Alexandria Va., and conducted from February 2008 to June 2009 at William Beaumont Army Medical Center (WBAMC), Fort Bliss, El Paso, Texas. Participants were 91 active-duty military personnel between the ages of 18 and 35 years old.
“While a number of studies have shown spinal manipulation to be effective in treating low back pain in research settings, the appropriate role of chiropractic care in treating low back pain within the health care delivery system, including the military, has not been clearly established,” said study Principal Investigator Christine Goertz, D.C., Ph.D., vice chancellor for research and health policy for Palmer College of Chiropractic. “We know very little about the impact of chiropractic manipulative therapy on diverse populations in real-world settings. This study is the first step in filling that gap in our knowledge.”
“It is critical that we explore drug-less approaches to reduce pain,” said Wayne B. Jonas, M.D., President and CEO of Samueli Institute. “Chiropractic manipulation is an important option to consider for musculoskeletal disorders, which is the most prevalent pain complaint in the military.”
Study highlights included:
Col. Richard Petri is the Chief of the Interdisciplinary Pain Management Center (IPMC) at WBAMC. “This is a significant step for recognizing the value of chiropractic care in the military,” he said. “Continued research in this area will ultimately result in better healthcare delivery systems as well as the improved health of our beneficiaries.”
“While these findings are exciting, they need to be confirmed with additional research that replicates this study on a larger scale,” Dr. Goertz added. “Palmer College, the RAND Corporation and Samueli Institute received a $7.4 million, four-year grant from the Department of Defense last year to conduct a similar multi-site clinical trial, this time with a sample size of 750 active-duty military personnel.”
Additional study authors are:

The Palmer Center for Chiropractic Research, headquartered on the Palmer College of Chiropractic campus in Davenport, Iowa, is the largest institutional chiropractic research effort in the world, promoting excellence and leadership in scientific research. The PCCR has the largest budget for research in a chiropractic college, receiving grants from the National Institutes of Health, National Center for Complementary and Alternative Medicine, the U.S. Health Resources and Services Administration, and now the Congressionally Directed Medical Research Program. Since 2000, these grant awards have totaled more than $35 million.
Palmer College of Chiropractic consists of three campuses—the main campus in Davenport, Iowa, and branch campuses in San Jose, Calif., and Port Orange, Fla. The College was founded in Davenport, Iowa, by the discoverer of chiropractic, D.D. Palmer, in 1897. Today Palmer College of Chiropractic has more than 2,100 students attending its three campuses and more than 26,000 alumni practicing worldwide.
Samueli Institute is a non-profit research organization supporting the scientific investigation of healing processes and their role in medicine and health care.
The project was funded by Samueli Institute, out of grant #MDA905-03-C-0003 received from Uniformed Services University of the Health Sciences. The views, opinions and/or findings contained in this report are those of the author(s) and should not be construed as an official Department of the Army position, policy or decision unless so designated by other documentation.
Read the full story at http://www.prweb.com/releases/2013/4/prweb10634139.htm
Read more: http://www.digitaljournal.com/pr/1186543#ixzz2QlLj6INo