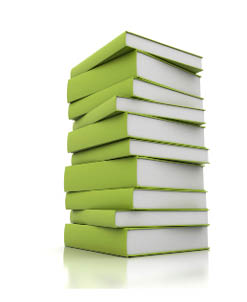 “Lions and tigers and bears, oh my!” Dorothy in The Wizard of Oz reminds us that the world is full of many dangers. It’s the same with the body. There are many things that can disconnect us from our inborn perfection and prevent us from functioning at our optimum, thus creating dis-ease.

D.D. Had It Right
D.D. Palmer had it right; three things that ruin our health are toxins, trauma, and thoughts (autosuggestion).
D.D. and B.J. Palmer’s understanding of the subluxation is more profound than most chiropractors originally realized.
Let’s Begin at the Very Beginning (a very nice place to start)
D.D. Palmer acknowledged that spinal adjusting was used in ancient healing systems. For example, in The Chiropractors Adjustor (p. 12):
These axioms, rediscovered and known as Chiropractic, were also known and practiced by Aesculapius and his followers . . . [I took] two Greek words, cheir (hand) and praxis (done by) . . . from which I coined the word Chiropractic.
However, before ancient Greece, there was a land that was ancient to the Greeks, and that land was Egypt. Palmer writes (ibid):
Dr. Atkinson has frequently informed me that the replacing of displaced vertebrae for the relief of human ills had been known and practiced by the ancient Egyptians for at least 3,000 years.
The Cause of Illness
Chiropractic’s connection to ancient Greek and Egyptian healing practices was highlighted in Blessed by Illness by L.F.C. Mees, MD (Anthroposophic Press, 1983, p. 50). Mees reports that the Greeks believed “deformation” caused illness and was treated by “temple sleep, prayers, herbs, laying on of hands, baths, diet, lifestyle.”
The Egyptians (thousands of years earlier) also said “deformation” caused illness and was treated by “temple sleep, prayers, and herbs.”
Deformation
We do not know precisely what these ancient people meant by deformation. However, we do know that a deformed object does not work as well as a properly formed object. This coincides nicely with chiropractic’s relationship between structure and function.
What Does This Have to Do with Subluxations?
Dis-ease is a communication disorder and subluxations result from that dis-ease or communication disorder.
The subluxation is a metaphor for interference, blockage, deformation, distortion, or stagnation (of energies, too much or too little).
Chiropractors Treat the Symptom
B.J. Palmer reinforced this understanding when he said:
Vertebral Subluxation is a symptom of interference of Innate and not a cause. (Palmer BJ. The hour has arrived – lecture. Lyceum, Palmer College, 1931.)
[Thank you to Richard Barwell, DC of Neuroinfiniti for this quote.]
The subluxation is secondary, not primary. The primary problem is lack of or altered communication.
How do We Remove the Subluxation?
Different healing systems use different methods to remove blockages, interferences, and subluxations to reestablish communication:
Many other systems, both ancient and modern may also reestablish communication.

How else could an acupuncturist putting a single needle in the body relieve sciatica? How could a homeopath using a little sugar pellet in water do the same? How else could a qigong master release sciatica without touching the patient?

Let’s expand our understanding of chiropractic philosophy, build bridges with other vitalist healing systems, and resist merging with those that do not share our philosophy. Let us not emulate the narrow-mindedness of modern medicine holding fast to discredited mechanistic models of life.

Chiropractic is information healing. B.J. Palmer said it well:
Adjusting a vertebra is what happens when my hands leave the back … My work is an enticement to get innate to make the adjustment. (Palmer BJ. The hour has arrived – lecture. Lyceum, Palmer College, 1931.)
[Thanks again to Dr. Barwell.]
The adjustment is energy/information the body uses to create:
Flexibility is a sign of health. Remember, when things don’t fit our theory, we change our theory. Let us heed the words of John Wilmot, Earl of Rochester: “Before I got married I had six theories about bringing up children; now I have six children and no theories.”
Tedd Koren, DC’s years of suffering were a blessing in disguise because they led to the discovery of the Koren Specific Technique (KST), which now helps millions of people achieve greater health and well-being. KST’s protocol of challenge, check, and correct can be easily applied to physical and emotional issues. Practitioners and patients alike say KST gives them “the best adjustment of my life.” To learn more about this healthcare breakthrough visit www.korenspecifictechnique.com or call 800-537-3001 or 267-498-0071.