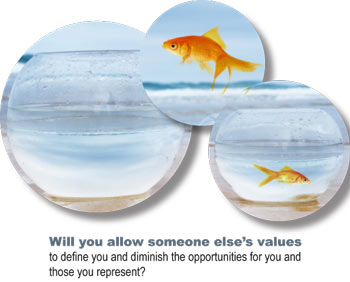 In the last two weeks, I have witnessed several different events that have moved a spirit in me to quicken my resolve to be a difference maker, to affirm my commitment to be a creator of change and to serve at a higher level. One of the events was the performance of Sayesha Mercado on “American Idol” when she sang the song “A Change Gonna Come.” The words in that song and her performance struck a chord. For me, watching her performance and connecting to the powerful message of the song brought to the forefront my knowing that chiropractic as a whole along with individual chiropractors have had many struggles, faced many adversaries and, through it all, we are still here. The words of the song affirmed a belief that, through it all, with the changing tides of legislation, the division in our leadership and the philosophical differences that have split the “few,” we are here, at a point where the majority of chiropractors believe that, through our commitment to service and our compassion to see chiropractic thrive, a change is gonna come.

I believe that there has never been a better time to share our truth or to assert our leadership. If we make a strong and certain statement of the value and meaning of the application of the chiropractic principles in living consciously, no one can stop the change or what, I believe, is inevitable: the transformation in the way people think and act on a global scale. So, when I heard her string together these words, “It’s been a long, a long time comin’ and I know, I know a change gonna come,” it resonated with me in a profound emotional way. The question that I was left with was, am I gonna be the change?

The second instance that I witnessed was in the movie Speed Racer. Let me preface the scene first. It was my daughter’s ninth birthday and I took four beautiful, energetic and vibrant little girls to Speed Racer—strange pick for nine-year old girls, I thought, but nonetheless, there we were watching a movie that was apparently about racing, but was really a contrast between good and evil or right and wrong. It was a story of one family’s struggle to remain committed to their values in the face of extreme pressure to give up their values and succumb to the “rules” or values of the racing conglomerate’s machine. It was a story of false truths that were propagated to devalue and demean the hard work and commitment of the “small.” It was a classic story of David and Goliath and a great analogy of the false truths and propaganda that have been waged by the allopathic machine against chiropractic.

As I sat there and listened to the girls laugh and giggle through the movie and I looked around at all the families watching the movie, I wondered if I was the only one that was keyed into the real message in the story. I was wondering how many of the parents were thinking about the lesson that could be learned from the story and the power that could and would unleash in their lives and the lives of their children, if they saw beyond the story of Speed Racer and used the lessons they were receiving to shift their thoughts and actions in the race of life.

Then I began to think about chiropractic and the thoughts and actions that affect our profession. I started to think about the power that comes from the conscious thoughts we have as individuals and the change that can and will occur if we stand for our beliefs, declare them with pride and confidence and become willing to stand up for what is right. I began to look at my life and the incredible opportunity chiropractic has provided for me and my family and the endless prospects for change that have been opened up for me to express my potential for personal and professional growth.

I wondered how many of those men, women and children in the theater would ever receive even twenty percent of the potential in their lives from chiropractic that I have. I realized that, if I wanted for them to have that opportunity, it was up to me. One of the lines that struck me in the movie was very near the end, in the heart of the struggle when it looked like the “machine” was going to prevail. It is a scene where a mentor of Speed Racer is trying to rally Speed to stay the course, not give up, and fight the good fight. Speed is expressing his desire to give up because, “Racing has always been this way and I will never change it.”

This is where the most important line in the movie comes out. His mentor says, “The question is not whether you will change racing; the question is, will racing change you?”

I believe what he is asking is, has racing jaded you, has it taken away your will to fight for what is right, has it diminished your capacity to dream, and will you allow it to create a fear and doubt that will paralyze you? Or are you ready to prevail, to declare your right to be free of the bonds that will try to bind your freedom? Will you allow someone else’s values to define you and diminish the opportunities for you and those you represent? Long story short: Speed takes all the lessons from the movie and his life of struggle and uses them to create a wellspring of energy and emotion that changes the course of racing forever and unites a global community of race fans with an inspired and renewed belief that there is hope—that there is justice and fairness in racing.

Are you ready to take that message and share it in a chiropractic wellness perspective and affirm that there is justice and fairness in health care; there is hope and freedom from sickness; that people in your community have a choice? You and I know that they do not have to literally suffocate in negative thoughts and uninspired action but they can learn to live consciously, but they don’t. If the answer is yes, it is time to declare with resounding energy, enthusiasm, and passion that you want to be on their pit crew to success in health and life! Don’t worry, if you need refueling, a new set of tires, or a tune up I am here for you and I will do anything to help you be the leader your community and our profession desperately need. Just ask and I will answer the call!

Dr. Slocum is a 1993 graduate of Logan College in St. Louis, Missouri. He is a fourth generation chiropractor, the eleventh member of his family to practice chiropractic.

Dr. Slocum and his partner, Rok A. Morin, D.C., are co-creators of Learning Curves™, a three-tier community education and marketing program for the chiropractic profession. Drs. Slocum and Morin lecture on a national basis to chiropractors encouraging them to spread awareness of chiropractic in their communities. Go to www.learningcurves.us, e-mail [email protected] or call 1-800- 613-2528 for more information.