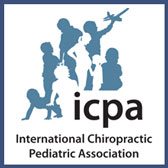 During June 16-18, 2005, the World Federation of Chiropractic and the Foundation for Chiropractic Education and Research co-sponsored their biennial research conference in Sydney, Australia. Joel Alcantara, D.C., presented a paper, written by himself and Linda Mullin, D.C., entitled “Patients with Malposition and Malpresentation Pregnancies Cared for with the Webster In-Utero Constraint Technique: A Retrospective Analysis.”

Dr. Alcantara is Research Director of the International Chiropractic Association, in Media, PA, and is in private practice in San Jose, CA.

Dr. Mullin is in private practice in Marieta, GA, and an instructor at Life Chiropractic College.

In the introduction of their paper, Drs Alcantara and Mullin observed that the miracle of birth is preceded by a myriad of biomechanical and physiologic changes for both mother and fetus. With growth of the fetus, the mother’s abdominal muscles are stretched and tone is diminished with the abdominal muscles losing their ability to contribute to neutral posture. As the mother’s production of the hormone relaxin increases ten-fold, the hormone creates arthrodial laxity, which allows for the pelvis to accommodate the enlarging uterus. However, it also weakens the ability of static supports in the lumbosacral spine to withstand forces that may lead, from a chiropractic perspective, to vertebral subluxations.

A retrospective analysis of patient files in one private chiropractic practice was performed. In addition to outcome of care (i.e., correction of malposition/malpresentation pregnancy), the following were noted: the number of weeks of gestation when care was initiated, the number of patient visits as well as the period of care, and the types and frequencies of malposition/malpresentation.

A total of 30 patient files were examined. The average age of the patients was 30.93 years (age range, 20-46 years). Patients, on average, were in their 34.4 weeks of gestation (range, 29-39 weeks of gestation). Fetal malposition/malpresentation consisted of one in the facial position, four in the transverse position, 11 in the posterior lie position and 14 were in the breech position. The average number of visits was 3.7 (range, 1-9 visits) within an average of 8.6 days (range, 2-28 days). All malposition/malpresentation pregnancies were corrected using the Webster Technique as verified by ultrasound.

This retrospective analysis provides supporting evidence on the effectiveness of the Webster Technique in correcting malposition/malpresentation pregnancies.

The results of this paper are encouraging and additional projects are in process to further explore the importance of chiropractic care throughout pregnancy. All doctors of chiropractic are invited to visit our website, www.icpa4kids.com, and explore the opportunities to participate in our research projects.

Dr Jeanne Ohm instructs internationally on the topic “Chiropractic Care for Pregnant Women and Children”. She is executive coordinator of the International Chiropractic Pediatric Association and can be reached via their website at www.icpa4kids.com.