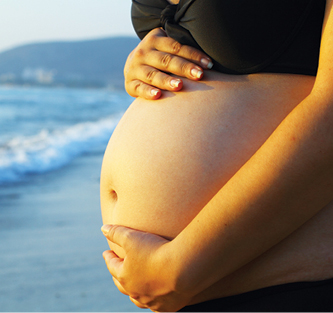 :dropcap_open:A:dropcap_close: healthy spine is vital to maintaining good health. This means that the spinal column itself, the discs, the nerves and bones must all be maintained in good health. Fortunately, it is possible to maintain good spinal health throughout your lifetime by seeking the treatment of a chiropractor. Chiropractors are medical professionals who give spinal adjustments that enable the spine to remain aligned and healthy.

There are times during the lifespan when an excessive amount of stress may be placed on the spine. Pregnancy is one of these times. For example, when pregnancy occurs, there is pelvic misalignment along with other physical and endocrine changes which occur. This causes additional stress to the spine. A possible result of this can be reduced space for a growing baby, which can result in problems during labor and delivery. Thus, it is necessary to get chiropractic treatment during pregnancy so that you can successfully counteract the stresses that pregnancy puts on the body.

Gentle chiropractic adjustments during pregnancy can help control your feelings of nausea, reduce the length of time that it takes for labor, help reduce back pain and increase the likelihood of a very healthy pregnancy. One of the really good things about chiropractic is the fact that seeking chiropractic care is a way to reduce pregnancy-related pain without taking medications. That can potentially make the pregnancy safer for you and your baby. Also, studies have shown that chiropractic care is an effective way to improve balance in the pelvic area and improve balance in the ligaments and muscles which are attached to the pelvic area. That allows for a better chance of a successful, issue-free delivery.

Some pregnant women who are considering chiropractic treatment may wish to know whether chiropractic can be useful in breech pregnancies. Of note, some babies are in the breech position until the third month of pregnancy. However, this is not considered problematic unless the baby is still in a breech position after 37 weeks of pregnancy. If you have concerns about breech deliveries, the following should set your mind at ease. There is a chiropractic technique called the Webster Technique that can be performed to balance the pelvis and make it more likely that a breech baby can turn naturally. The theory underlying this technique is that fetal breech position is caused by pelvic misalignment, which pulls on ligaments that provide support for the uterus. Thus chiropractors focus on aligning the pelvis and releasing pressure on the soft tissue so as to give the baby more room to turn. The Journal of Manipulative and Physiological Therapeutics stated in their July/August 2002 issue that when chiropractors did the Webster Technique it resulted in an 82% success rate in causing breech babies to turn. It was further found that chiropractors can perform the Webster Technique as late as the eighth month of pregnancy if the baby is in a breech position at that point in the pregnancy.

Pregnancy should be a time of joy for you. After all, you are anticipating the birth of your baby. But keep in mind that pregnancy does put stress on your spine. However, getting spinal adjustments from a chiropractor can help maintain a healthy spine, because the chiropractor knows special adjustment techniques that can keep your spine healthy during your pregnancy so that your labor and delivery will go smoothly.