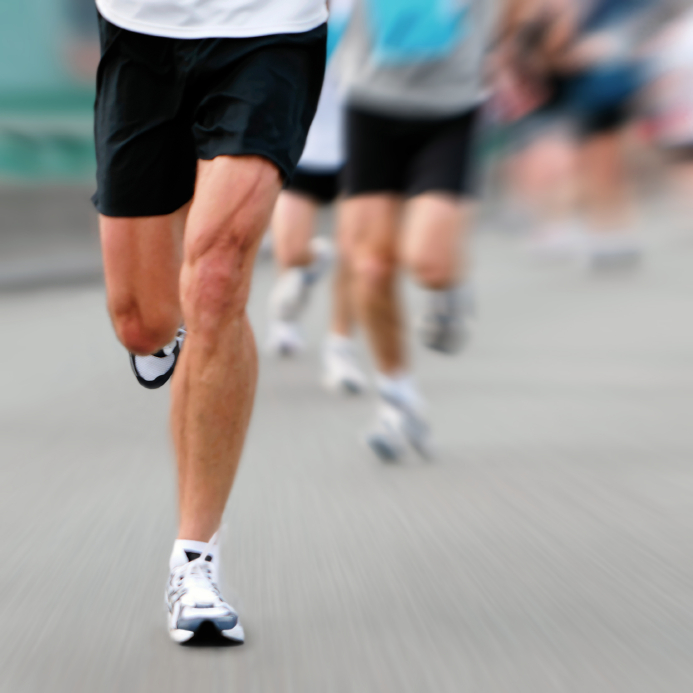 History and Presenting Symptoms
A 31-year-old male athlete presents with burning pain and paresthesias affecting the ball of his right foot and toes, and extending along the sole of his foot.  He is a competitive triathlete, but doesn’t recall any specific injuries to his right foot.  These sensations are worse at night, and are aggravated by extended standing and long runs.  The onset was insidious and intermittent, but has gradually become more intense and constant—prompting his chiropractic consultation.  On a Visual Analog Scale, he rates his right foot pain at 40mm.

Exam Findings
Vitals.  This active and fit athlete stands 5’ 10” and weighs 178 lbs; although his BMI is 26 (borderline for overweight), his muscle definition indicates that he is not truly at risk for weight-related health problems.  He does not smoke, and his blood pressure is 112/74 mmHg with a resting pulse rate of 60 bpm.
Posture and gait:  Standing evaluation finds good postural alignment with intact spinal curves, but a slightly lower iliac crest on the right, which is confirmed by a lower right greater trochanter.  He also demonstrates right calcaneal eversion with a low medial arch (hyperpronation).  A tendency to toe out (foot flare) on the right is also noted during gait screening.
Chiropractic evaluation:  Motion palpation identifies a mild limitation in right sacroiliac motion, with moderate tenderness and loss of endrange mobility.  Several compensatory fixations are identified throughout the lumbar region.  Otherwise, all orthopedic and neurological testing is negative.
Lower extremities:  Examination of the right foot finds sensory changes to pinprick and light touch testing, and Tinel’s sign (re-creation of paresthesiae when tapping over the area of entrapment) is positive.  Motor nerve involvement is checked by manual muscle testing of the intrinsic foot muscles, and finds weakness of the right digitorum brevis muscle, when compared with the flexor hallucis and flexor digitorum longus muscles.  As anticipated, the right toes demonstrate a “hammer toe” position, since the longus muscles receive their innervation from the nerve before it passes through the tarsal tunnel.

A tendency to toe out (foot flare)
on the right is also noted
during gait screening.

Imaging
No X-rays or other forms of musculoskeletal imaging were requested.

Clinical Impression
Tarsal tunnel syndrome, with right foot/ankle dysfunction and subsequent entrapment of the posterior tibial nerve.  This condition is more noticeable due to his high-level sports performance, and his upcoming competitions.  He also has evidence of recurring fixations in the lumbopelvic region.

Treatment Plan
Adjustments:  Specific, corrective adjustments for the SI and lumbosacral joints were provided, with good response.  Manipulation of the right foot—including the navicular, cuboid and calcaneal bones—was also performed, in order to relieve any existing pressure on the tibial nerve.
Support:  Flexible, custom-made stabilizing orthotics were supplied, with a pronation correction added to the right side.  He had no problems in wearing the orthotics, and was able to incorporate them into his active exercising program with little difficulty.
Rehabilitation:  An exercise to stimulate the intrinsic muscles of the foot was initiated (the patient “scrunched up” a dish towel, then straightened it out again using his foot and toes).  This was done for five minutes, at least once, but preferably twice daily.  When that was progressing well, strengthening of the extrinsic muscles of the ankle was added to rehabilitate the weakened support muscles and help prepare him for a return to full athletic capability.
Response to Care:
The lumbopelvic and foot adjustments were well-tolerated, and the stabilizing orthotics made a noticeable improvement in his postural alignment, both at the feet and the lumbopelvic region.  After six weeks of adjustments (12 visits) and daily home exercises, including wearing the orthotics, he was released to a self-directed home stretching program.

Discussion
Excessive pronation and biomechanical asymmetries in the foot and ankle are often locally asymptomatic, although they can cause a variety of nerve entrapment problems in these regions.  In this active young man, his right foot symptoms and the recurring spinal symptoms were closely correlated with his foot imbalance and the resulting gait asymmetries.